Remember the time when Malaysians were willing to queue for 30 minutes or more to fill our fuel tanks because of the removal of subsidies? Did you feel the pinch when the prices of petrol and diesel were placed on a managed monthly float system? Well, that chapter is over now.

Thanks to the new government, the fuel prices for RON 95 and diesel are once again subsidised, which is in line with their manifesto. However, there's no good news for RON 97 thus far. The price is still based on the weekly float system and reviewed every Wednesday.

So ‘mafan’, right? Maybe it’s time to stop feeding your car with RON 97 (only if your vehicle doesn’t need it). Before we elaborate on this statement, let’s check out this week’s petrol price. Don’t forget to bookmark this post as it will be updated every week!

Looking at the price, RON 97 is still EXPENSIVE. So, should you ditch just RON 97? Here's something for you to consider: 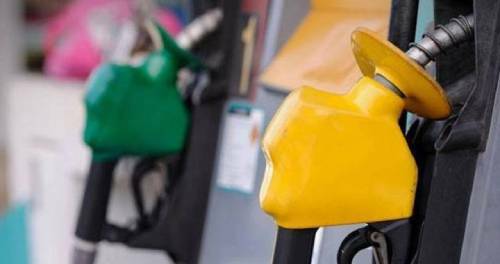 To explain that, based on an article from the people who know about cars more than us, if your car is designed to run on RON 95, using RON 97 will not improve performance or efficiency. At most, you will experience a smoother engine experience.

This is because only cars with an engine capacity above 2,500cc require fuel with higher RON (Research Octane Number) figures to perform.  By giving the car's engine what it needs, it will help to boost the car's performance, and not because of the type of fuel itself.

2) It Won’t Give Your Car Better Mileage

It is said that RON 95 fuel is better for short distance travelling while RON 97 fuel is a better choice for long-distance travelling - THIS IS NOT TRUE. It is another misconception that some of us might have heard before. Just because RON 95 is cheaper, it doesn’t mean that the fuel quality is inferior.

According to Carreviewsncare, the amount of distance that you travel would depend on the habit of the driver rather than the type of fuel put into the petrol tank. So, if you’re a more laid-back type of driver, then your car will more likely obtain greater distances.

Again, RON 97 is only recommended for drivers of vehicles with a higher capacity engine. This is because the car has a higher compression ratio engine. By putting a lower grade fuel (RON 95),  pre-ignition might occur which could cause irreversible damage to your engine.

So, if you’re driving a lower compression ratio engine like the Toyota Vios or Proton Wira, then putting RON 95 petrol would suffice.

In short, if your vehicle’s recommended fuel requirement is RON 95, it makes more monetary sense to follow this. Why waste that extra sen for every litre? Do bear in mind that using a higher-octane fuel may not necessarily be the best for your engine, nor does it guarantee better performance.

How do you know what your car needs? The best way is to check your service manual to see which fuel type is recommended by your car manufacturer. It can also be found on stickers on the fuel filler lid or the door sill.

Now that you’ve read this far, don’t forget to share this post with your family and friends so that they can make the best decision too.

Other than that, if you want to purchase/renew your car or motorcycle's road tax and insurance, you can do here via Loanstreet. It'll just take 5 minutes of your time!

Till then, drive safe!

Read more about petrol in Malaysia: