Will BR1M Destroy Malaysia from Within?


Since BR1M was implemented in 2012, it's been heavily criticised by many sections of the public. Many view it as nothing more than vote buying from the marginalised in society. Its harshest critics even claim that such careless use of public funds will run the country to ruin.

We believe that politics aside, the merits of BR1M should be assessed on its own. Is it really such terrible policy? Will it ruin the country as some claim?

Because we ourselves did not know how to feel about it, we decided to thoroughly examine the issues surrounding BR1M to find out if it is actually good policy, or one that could lead Malaysia to ruin.

To start off, we must first acknowledge BR1M's social goal - To provide aid to the more needy sections of society. Only by accepting this can we assess BR1M's effectiveness objectively.

And on this, where do you stand on the issue of welfare? The diagram below shows two extreme ends of the spectrum of people’s attitudes towards welfare.

On the left - Egalitarian. Its principles centre around attaining equality in society via government intervention. A government achieves this at the expense of its wealthier citizens by redistributing wealth to the less able segments of society. Methods include diverting development funds to rural areas, subsidising housing for the poor, and giving handouts (like BR1M).

On the right - Meritocracy. In its purest form, it is a belief in the survival of the fittest. Its principles centre around providing a level playing field for all. The view is that everything should be earned, and upward mobility (to rise from a lower to a higher social status) should be gained through one’s merits.

Most people fall somewhere along the middle, neither completely egalitarian nor completely unsympathetic to the poor. But there are groups of people who disagree with the issue of welfare handouts in principle.

If you belong to this group, BR1M would just be an infuriating waste of public funds no matter how you look at it. 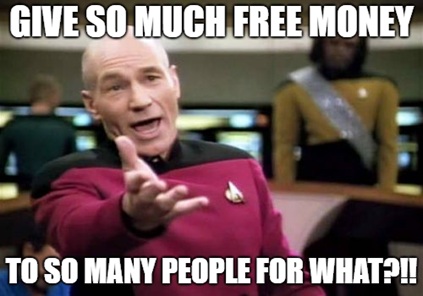 But if welfare isn’t something you principally disagree with, then...

2) Can the money be better used elsewhere?

Governments are under high pressure to achieve a variety of goals with limited resources. Every dollar spent towards a particular cause is a dollar less for the next. As such, they must carefully choose between objectives, or balance them.

One reason why people don’t like direct cash handouts (BR1M) is because it does not hold long term value. Compared to other objectives, it doesn’t address the root causes of poverty. 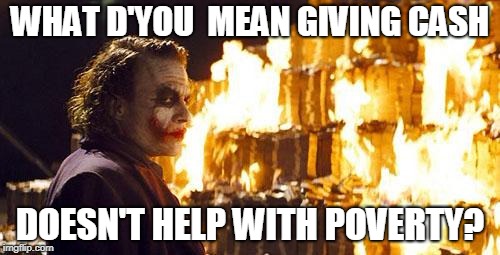 For example, should a government allocate more funds towards providing welfare instead of something with better long term value, like say… providing high quality universal education, or improving infrastructure in rural areas? (It wasn’t long ago that Malaysia’s education budget and petrol subsidies was cut while allocation for BR1M increased y’know?)

But priorities are highly debatable. Is it more important to feed a malnourished child now, or to provide them with a world-class education? There are no easy answers.

Assuming that economic equality is a cause we all agree is important. That brings us to...

3) Was the money given to the right people?

This can be viewed from 2 perspectives:

a. The ‘ME’ factor: Do you stand to benefit from it?

b. Generosity: Who do you think deserves to receive welfare?

The table below shows the beneficiaries of each year’s BR1M, and the total allocation from the overall budget:

So, did you qualify for a slice of BR1M?

If you did, congrats. It must’ve been a welcome relief for you, what with the rising costs of living and all.

But if you didn’t qualify, err… Congrats too? Because you wouldn’t want to be trading places with the people above, would you? Probably not. 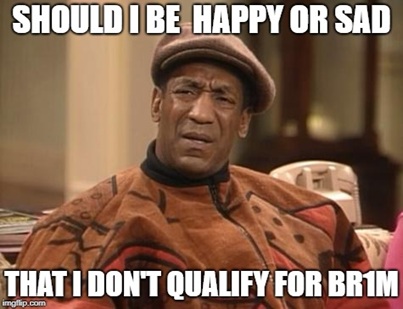 4) Are there better options for welfare aside from CASH?

Many have advocated for food stamps, petrol cards, or similar voucher systems instead. The word ‘better’ itself can be objectively viewed from a few angles:

a. Efficiency - Direct cash handouts ARE the most efficient form of wealth transfer. No need to spend money printing vouchers or setting up redemption systems. It is instant, and notwithstanding fraud, goes directly to the intended recipients.

b. Usefulness to the recipient – Cash IS the most versatile form of assistance. It can be used in any type of expense the recipient chooses (rent, food, tuition fees). However, that very same versatility is what causes concern among detractors. Because it can also go towards what some would refer to as ‘non-essentials’.

c. Social corrosiveness – Cash handouts are commonly demonized for breeding laziness and dependence. But unless the allocation for BR1M is significantly increased to a level that allows for subsistence (for example, equivalent to minimum wage), this is likely to be a non-issue.

Objectively, cash really is king. It is the most efficient mode of wealth transfer, and the most useful type of assistance to the recipient.

However, one of the things that people really want to know is...

5) Can the country afford it?

There’s a saying that goes, “Everything your government gives you was taken from your pocket”. The money for BR1M must come from somewhere. And assuredly, it always has to be paid for by the Rakyat in some form or another. 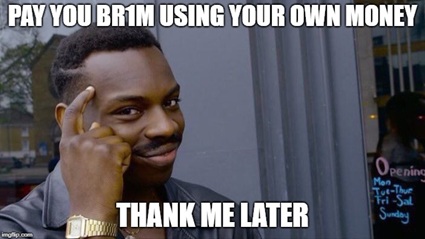 It could have come from the government’s income; In which case, we pay for via taxes (like GST and income tax).

It could have come from the government’s cost-cutting elsewhere (e.g. education, healthcare, infrastructure); In which case, we pay for it by enduring lousier government service delivery and infrastructure.

Or it could have come from government’s borrowings; In which case, the country’s higher debt burden will be paid for by the Rakyat (and perhaps its children) in the form of more taxation, lousier government services and infrastructure, higher cost inflation, depreciating currency, and overall lower standards of living. 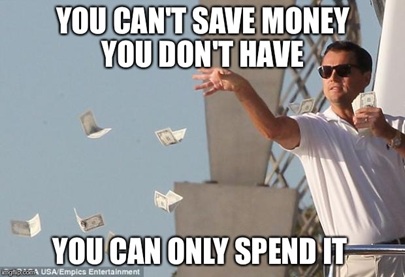 Our Malaysian government has been engaged in deficit spending for many years now. There are many views on this, but is a topic that is much bigger than BR1M, and a discussion for another day.

As for the final question as to why BR1M has so many detractors...

6) Is BR1M mostly a political tool?

We now come to the heart of the issue. BR1M is considered to be a populist move by the government. It does not help that BR1M – a federally-funded scheme – is being branded under the banner of a famous political party. Naturally, many of its detractors question the motives behind such a scheme. Was it implemented mainly to score political points? 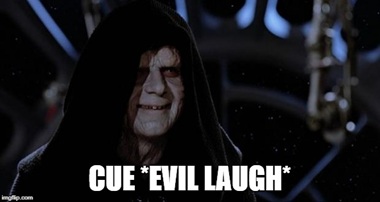 The dark influence of politics on BR1M is undeniable. But we should not make the mistake of muddling both issues. Political influence does not automatically prevent efforts made to be good/effective. It should still be assessed on its own merits.

From the perspective of certain struggling households, the introduction of BR1M has been a welcome relief. This is especially true after GST was implemented and petrol subsidies were removed. But cash assistance is not a long term solution to the underlying problems in our country that gave rise to such economic hardships in the first place. It’s like treating a cancer with painkillers.

As such, unless you do not believe in welfare, in the short term, BR1M could be “Good” policy. But in the long run, BR1M will have to be assessed in the context of our country’s other budgetary expenses, against other measures for closing the economic inequality gap, and within the bounds of what our country can afford as a whole.