SST vs GST: Here Are 5 Things That You Need to Know


We’re pretty sure you’ve heard the news - our tax holiday will soon be over. As announced by the Finance Minister Lim Guan Eng, the Sales and Service Tax (SST) will come into effect on 1 September 2018, after the necessary laws are passed in the current Parliament session.

Although the rates reintroduced by the government are not new (as it had been imposed before GST was implemented), many of us are worried whether the prices of goods will increase even more and have questions about how it’ll impact our daily lives.

So, here are 5 burning questions that every Malaysian has - answered.

There has been a lot of rumours circulated by the netizens saying that you’ll have to pay 16% SST. Please don’t trust these fables.

As reported by the New Straits Times, Deputy International Trade and Industry Minister Ong Kian Ming stressed that SST is not 16%. He shared that the charges of 10% (sales tax) and 6% (service tax), should not be added up as they are applicable to separate items and are on different levels.

“Sales tax will be applied at the point of manufacturing while the service tax is only applicable to service providers. It would be wrong to combine the rates and assume that it would be 16% collectively.”

Still confused? Let’s take a look at the graphic below to understand how SST works and how it differs from GST. Here's a quick comparison between the two tax system.

Based on the image above, every layer of the supply chain - from the supplier, manufacturer, retailer to consumer, need to pay 6% GST on top of other charges to Custom. This may have caused businesses to increase their prices, which explains the hefty cost of goods during GST implementation.

As for SST, the 10% sales tax (also known as single stage tax) is only imposed on the manufacturer level, while the 6% service tax will be charged by businesses (to consumers) mostly in the hospitality industry i.e. hotels, restaurant, pubs, and spas, under license by the Customs Department. It can also be charged by a professional (or consultancy services) like a lawyer or an accountant.

2. Will businesses take advantage to hike up prices?

Any business entity is said to be driven by profit maximisation. So there is a possibility for the unscrupulous businesses to exploit this SST re-implementation.

Socio-Economic Research Centre Executive Director Lee Heng Guie also shared the same concern. He told StarBiz, “The prices of some goods and services did not come down much after the removal of the GST starting June, and we are concerned that price pressures could build up again when the SST kicks in.

“Manufacturers who used to enjoy claimable input tax under the GST, but not under the SST may pass the increased cost to wholesalers and retailers. The cascading tax and cost effects would result in higher prices for consumers.” 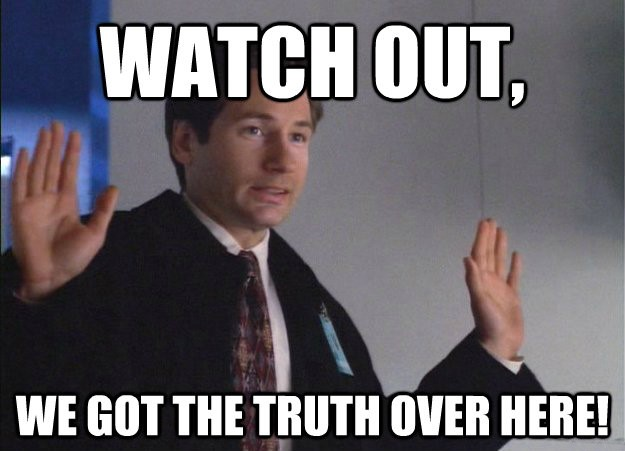 To avoid this matter from happening, Lee also suggested Malaysia’s relevant price enforcement ministries to publish a price guide of pre and post-SST on items such as basic necessities and consumer durables to raise price awareness among consumers.

3. What about prices of goods/services - increase or decrease?

Ever since the announcement was made, there have been a lot of hoo-has on how prices will fluctuate after SST replaces GST. Some of the Malaysians are expecting prices of goods to drop, while others believe otherwise.

In a statement, AmBank Group chief economist Anthony Dass shared: “For consumer items such as food and beverage and retail, we can expect prices to be slightly lower around 3% from the savings of input costs. This will bode well for the retail business.”

Opposing this statement is Malaysian Association of Tax Accountants (MATA) president, Datuk Abd Aziz Abu Bakar. He told the local daily that prices are expected to rise, given that goods will be subjected to tax similar to the ones before GST was implemented. As quoted from the Malay Mail, he said: “The prices of goods have not really come down after GST was removed, and now you have SST on top of it, it will be a double whammy”.

In short, Malaysians can expect prices to adjust differently based on the type of goods or services being paid for. According to the recent news by The Star, the Customs department shared a proposed goods exempted list from sales tax (see graphic above). Nevertheless - as of now, there is no updated black and white on what items/services will be affected.

4.  People say SST will further burden the consumer - true or not?

Since Malaysians won’t be charged tax for every single thing, we believe that your tax burden will be reduced. If the same SST’s schedule is used (referring back to the graphic in point 3), you’ll get to save some monies. 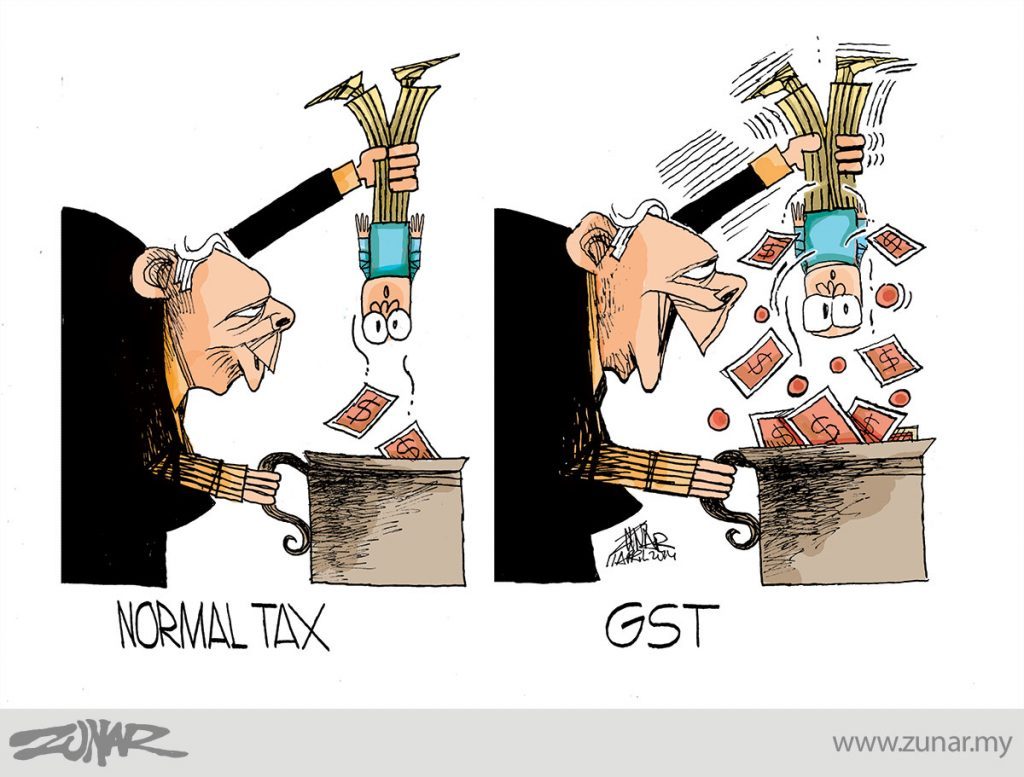 To support this statement, Sunway University Business School professor of economics, Yeah Kim Leng said: “Overall, the tax burden will be reduced by an estimated RM10bil to RM15bil. This amount is the overall increase in disposable income for consumers. Depending on the types of goods and services that will be subject to the SST, the price impact will vary by income groups according to what they consume.”

To add on, our finance minister had also made a clarification on this matter saying that SST will not burden the people more than the GST as the government will only collect RM21bil for a full year compared with the previous government's projected GST collection, which was RM44bil for 2018.

Basically, the new government will be ‘returning’ RM23bil back to the rakyat.

Additionally, based on an official statement, GST is a cradle-to-grave tax that covers 60% of the CPI (Consumer Price Index) Basket of Goods and Services as compared to SST that is taxable on only 38% of the CPI Basket of Goods. You can check out the full press release here.

The question is - Does Pakatan Harapan really know what they're doing in terms of keeping the rakyat's best interests at heart with the reintroduction of SST (which many seasoned economists and researchers have considered backwards)?

Or, are they just winging it? Because GST is implemented in a majority of developed nations worldwide. In fact, there are currently 160 countries that have VAT/GST - surely all those countries must have a formula for success.

5. What About Car Prices?

Ever since the announcement of SST re-implementation, there are a lot of experts saying that car prices will increase even more than the GST price. People are certainly NOT happy with this.

That’s not all. Malaysian Automotive Association (MAA) president, Datuk Aishah Ahmad also made a statement that buyers whose vehicles are delivered after 1 September may be subjected to SST.

Due to this, MAA has also revised downward its Total Industry Volume (TIV) target to 585,000 units this year from the 590,000 units projected earlier.

Good news is if you’re planning to buy Mazda cars now (or have booked), its distributor - Bermaz Auto Bhd will absorb SST if cars booked before 1 September, but delivered after the said date. 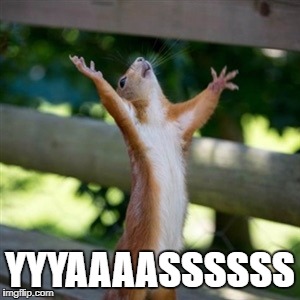 An official of the said distributor shared: “It will not be fair to our customers if we were to pass on the tax to them as they had made their bookings before the SST is introduced. This is also part of how we build brand loyalty.”

Additionally, to those who are looking for a second-hand car can rejoice as the car prices for this segment won’t be affected by the SST re-implementation.

As reported by the StarMetro, World Class Motor general manager, Chris Ooi, said that SST is only applicable to manufacturers. So this means that the price of the vehicles would be the same as the current tax holiday. He also mentioned that maybe in a few years time, the second-hand car prices might be slightly higher due to the knock-on effect of SST.

So, What Say You?

There you have it. We hope that the answers help you understand what SST is all about and how will it impact your daily lives. All in all, there seem to be loads of uncertainty at the moment. Maybe it’s best to wait for the SST Bill details that will be announced when the new SST Bill is tabled in parliament next month.

What about you? Do you think the cost of living will increase with the SST system? Let us know your thoughts in the Facebook comment section.