Chinese New Year Angpao-Giving Guide (So You DON'T Come Across As Kiamsiap)!

If someone wants to GIVE you money, would you choose to accept or reject it? Okay, we know that it would depend on the situation and who’s giving lah, but it’s safe to say that most people would be delighted to receive it (with little or no questions asked). But really, who in their right mind would simply give you money for no reason?

Enter Chinese New Year (CNY), the best time of the year to get lots of money, with no strings attached! Actually, the only thing that comes attached would be the string of unnecessary questions from every well-meaning relative if you’re single: “Got boyfriend/girlfriend not?", "When getting married?", "Any plans to have kids ah?”

If you’re still wondering what this is all about, read on as we dive into the wonderfully complex world of the practice of giving money on CNY; or if you just don’t care, skip that part, scroll down a bit, and see how much you should be giving.

So what’s this practice of giving and receiving money during CNY?

Let’s begin with a little history lesson ya: This tradition dates back thousands of years to the Qin Dynasty (221 to 206 BC) where the elders would thread coins through a red string for the younger generation. It was believed that this would protect them from sickness and death. The act was known as yāsuì qián, or ‘money warding off evil spirits’. 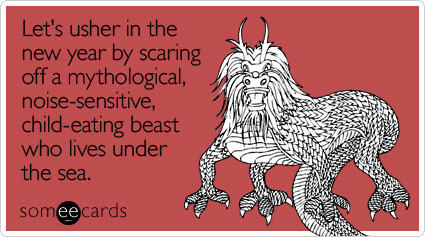 Today, the practice of giving money still carries important significance for the Chinese community all around the world, except that they’re now in red packets more popularly known as angpaos. For those receiving, the typical greeting you’d hear is, “Gōng Xǐ Fā Cái, Hóng Bāo Ná Lái!” and for those who are giving, the typical response would be various verbal blessings for good luck, health and prosperity, among other things.

Customarily, people prefer receiving new notes, which accompany the idea of Spring and renewal. So you’ll see a lot of people rushing to exchange old notes for new ones at the banks nearer to CNY. The Chinese also have a thing for homophones, which is described as “a word that’s pronounced the same as another word, but differs in meaning”.

So when it comes to what’s inside, there are some numbers which are preferred, and there are others which are frowned upon! For the love of all things red, AVOID the number 4 as much as possible since its pronunciation “si” sounds like the word “death”. You’re really looking for trouble if you pair 4 and 1 together to become 14, as the pronunciation is “yao si”, which sounds like “going to die”! Some examples of good numbers include the ever-popular 8, which is pronounced “ba” and sounds like the word “prosperity”. The number 2 (pronounced “yih” in Cantonese) is considered good because it’s homophonic with the word “easy” or “bright”. There’s also the number 6, which is pronounced “liu” and is seen in the phrase “liù liù dà shun”, meaning smooth success. And finally, we have the number 9 (“jiu), which was once associated with the Emperor of China and it also sounds like the word “longevity”.


How much should you really be giving out then?

Now, when it comes to the actual number that each person should put into an angpao, there really isn’t a hard-and-fast guidebook you can refer to. As a general rule of thumb though, most people will decide on how much goes into the red packet based on how close they are to the receiver.

You know how they say you shouldn’t practise favouritism amongst family members? Well, that goes out the window when it comes to giving money. There are four categories that a married person generally refers to, although we know of people who are very kancheong, and create a detailed list of names with an amount assigned to each one!

This goes without saying lah; your parents, grandparents and unmarried siblings should get a nice sum of money as not only a mark of respect, but to bestow upon them all the best blessings you could possibly give. And don’t forget, they’re also the ones who’ve had to put up with you all those years you were growing up.

Most people would choose lucky numbers that have good and special meanings to them. Remember the homophones we talked about earlier? Some of the combinations of numbers that are very popular choices include 88 (double prosperity), 168 (smooth luck and prosperity) and 288 (easy to gain prosperity).

When it comes to balik kampung, people get excited because they’ll be able to meet and catch up with their favourite cousins. It’s the one time of the year when everyone makes the effort to travel great distances just to enjoy each other’s company once more, and bond over numerous cans of Anglia Shandy.

Your nieces, nephews and unmarried cousins would usually tear open their red packets to see a welcoming shade of red inside as well because the usual amount of money given would be RM10 or RM20. Some lucky ones can even receive RM50! Here, the figures will not have any special meanings to them, they’re chosen just for convenience’s sake.

Admit it, there’ve been occasions when you’re forced to laugh awkwardly and quickly find a way to escape because you’ve forgotten the name of your second cousin twice removed on your mother’s side right? These are the people whom you forget about as soon as you get back home, and never think of until next year’s CNY!

So it’s not surprising for them to tear open their angpaos and see either blue or green within because the normal “rate” for them would be either RM2 or RM5 (depending on how kiamsiap you are).

While the number ‘4’ is considered taboo because it sounds similar to the word death in Chinese, don’t be surprised that there are occasions when RM4 is slipped into a red packet - just because some of the givers feel that RM2 is too little and RM5 is too much. Hey, don’t look at us, some people are just weird that way!

This category solely depends on how generous you’re feeling that particular day and just how much one can spare. There’s really nothing wrong with putting RM5 (which seems like the general rate the people we spoke to are going for) into angpaos, it’s the thought that counts!

Because like we’ve mentioned above, these red packets have a long and colourful tradition to them and were given out in the past to chase away negative stuff. So for people with whom you have no blood ties, it’s perfectly fine to choose an amount you’re comfortable with, even if it means it’s only a Ringgit or two.

Nowadays, the act of giving red packets to employees (as a gift or a bonus) before CNY rolls around is also gaining in popularity. It’s believed that by doing so, the employer will have many good fortunes returned to the company *hint to all the bosses out there*!

Then no matter what amount you choose to put into the red packets, you’re already wishing good things upon the receiver. That’s basically what the tradition of angpao is all about anyway, whether it’s the elders hoping to pass on a year of good fortune and blessings or the younger generation blessing their elders with longevity and a show of gratitude.

So if you find yourself in the position of a financial Santa Claus this year, always remember to only give an amount that you can afford without going for broke. And when you give them out, make sure to say something nice to the receiver, such as “good luck and good health for the new year”, “study well and get good grades”, or even “wishing you the best of love luck in finding a husband/wife this year”!