Malaysian Wedding Ang Pau: How Much Money Should You Fork Out?


Receiving wedding invitations is definitely a happy occasion. However, there is one thing that most of us (if not all) are stressing over - the wedding ang pau. While most of us know that we should give ang pau (little packets containing money) for Chinese weddings, there are also ang pau traditions for different ethnicities as well - Indian and Malay.

The ultimate question: How much should we give? Give too much, it’d become a burden; give too little, you’ll be labelled as stingy.  Oh well, keep reading to save you the hassle of scratching your head over the amount.

So, How Much Is Too Much or Too Little?

Gifting a monetary packet for the Malay wedding is mostly considered as an almsgiving to start a family. It can start from as low as RM10 to as high as RM200 or more - this depends on how close you are with the bride/groom’s family. Besides that, you can also give boxed gifts if you want to. Again, it’s to help the newlywed couple start a family. You can present your monetary blessings in any packet (no specific colour) or a normal envelope will work just as well. Traditionally, the gifting is usually done discreetly and the common practice is to fold the packet in half to fit in the palm of your hand, then passing the packet during your handshake with the parents along with congratulatory blessings. Some weddings prepare a box at the reception table for you to drop the packet.

After doing some research, apparently, it’s not a thing to bring gifts to Indian weddings - well, you can still do it, but it’s very RARE. Having said that, envelopes filled with money are always welcome. Similar to the Malay culture, besides being a blessing, it is also used as capital to start their new lives.

For Chinese weddings, the act of giving ang pau has the same value as other cultures - to bestow more happiness and blessings. However, after asking around, it’s more about accumulating enough money to aid with the wedding expenses. They’re quite blunt about it too. Which is why the amount in your ang pau not only depends on your relationship with the couple but also the venue for the wedding. In the Klang Valley, you’re expected to pay RM100 and above for Chinese restaurants, RM150 and above for non-5-star hotels, RM200 and above for 5-star hotels and garden weddings. Perhaps, if you’re outside of the Klang Valley, you can get away with RM50 for home receptions and RM100 for hotel receptions. Other things to take note of: avoid the figure ‘4’ because its pronunciation is similar to the word ‘death’. Instead, try to give amounts that include or end with the auspicious number '8', which sounds like the word 'prosperity' in Mandarin.

What Other Things You Should Consider When Giving an Ang Pau?

Besides the relationship you have with the newlywed couple, there are more considerations to go through before deciding on the final sum.

i. The venue of the wedding reception

This is just to add to the point where we mentioned the venue. So how it is calculated is based on the cost per table. For example, if it’s held at JW Marriot Hotel, per table would cost around RM2,500 (inclusive of food and beverages). This means that the guest would have to fork out about RM250 per pax in order to help the couple to cover the cost.

ii. The personal cost to attend the wedding 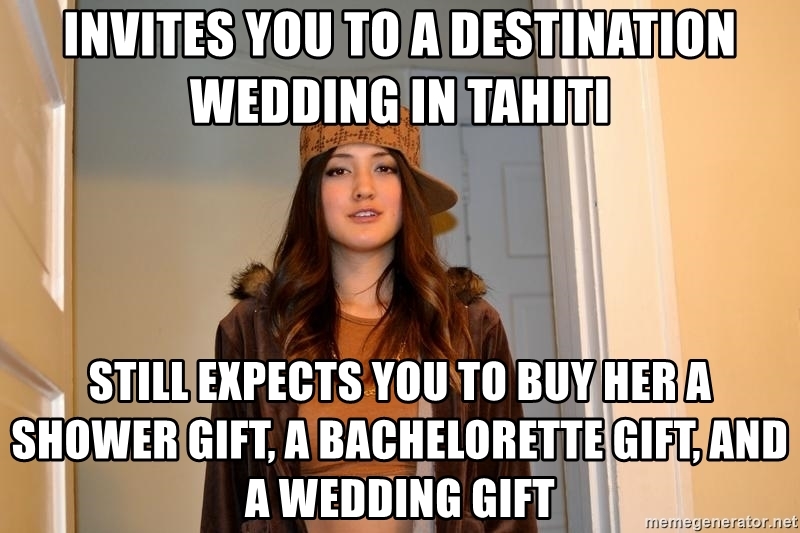 Some may want to celebrate their big day by the beach, overseas and etc. Bear in mind that your journey there involves money too. Although it may sound that you’re being calculative, we understand that money doesn’t grow on trees. On the flip side, if the couple sponsored or subsidised your trip, why not bless them with a bigger ang pau for their kindness and generosity?

iii. The amount they gave you during your wedding (if you’re married)

Some believed in an eye for an eye and a tooth for a tooth. No, we’re not talking about revenge here, but the concept applies. Giving back the amount they gave you is definitely a reason. It’s a win-win. For instance, if you’ve received RM100 for your wedding by this auntie, then that auntie will receive back RM100 during her child’s wedding. Simple, innit?

iv. The wedding registry information on wedding invitation (if any) 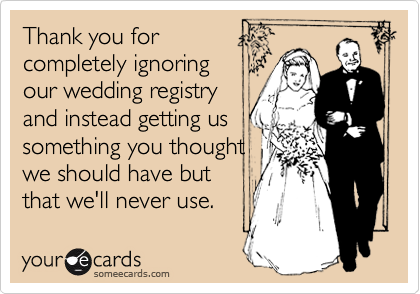 What’s a wedding registry? This is just a ‘mat salleh’ culture of asking what they wish to receive for their wedding like IKEA vouchers, kitchen items, donation for a honeymoon and so forth. Not many people are doing it here in Malaysia because we, Asians, are shy and polite, but people are slowly adapting it here - remember Yuna’s (Malaysian singer-songwriter) wedding?  Also, don’t be surprised that some cards would say, “No gifts, please”.

This is the utmost important thing to consider because if you can’t afford it then none of the points above matters. Don’t forget to ask yourself these questions: Do you have extra cash? Will it affect your monthly budget? Do you have money to pull you through the remaining days or weeks? If the answers are no, you have to rethink it properly. It’s understandable that we tend to give in to this culture called ‘saving face’, but why trouble yourself? Go ahead, give what you can afford without feeling guilty.

Are You Still Expected to Pay If You’re Not Present for the Wedding?

This kind of thing can happen and it is understandable - just don’t forget to inform the host. Now, is it still necessary to give an ang pau? Well, it’s a yes and no. Some still give because they’re close to the couple, while some don’t. If you don’t mind giving an ang pau, the size of it is completely up to you. You can also opt for a congratulatory card or a boxed gift as a nice gesture.

What if you cancel last minute due to unforeseen circumstances? Well, if that’s the case then it would be polite and fair to just give an ang pau amount that you initially thought of. This is because they already catered for your attendance.

What once symbolised the guest’s well-wishes and also to help out the married couple with the expenses has evolved to the mentality where the ‘ang pau’ is seen as a MUST to aid the wedding reception’s cost.

Of course, there are people who suggested that if the couple cannot afford it in the first place, then it’s better to not have a wedding in such an expensive venue.This is somewhat accurate, but sometimes you can’t blame the person for trying to achieve their dream wedding. Not to mention, the pressure from their parents.

At the end of the day, weddings are celebratory events to have fun and share the joy with the newlyweds, and ang paus are just one way of extending your good wishes and blessings! Just give what you can afford and don’t feel pressured by society.

Did we miss anything? Or do you know any other culture that gives monetary gifts? Let us know in our FB comment section. We’d love to add them in.

A storyteller at Finology, who drinks coffee like its water, Nisya enjoy bringing valuable, educational and entertaining content to others. She is integral for optimising our content — written and graphical. When not busy crafting content, you’ll find her in the boulder gym or on stage, performing theatre shows. SEE ALL ARTICLES