We stumbled upon something interesting recently - the Chinese believe that wealth doesn’t pass three generations. Have you guys heard of this? Basically, the first generation makes the money, the second spends it, and the third sees nothing of the wealth.

One example we found that fits this narrative well is Yeo Hap Seng (YHS). It’s a well-established and profitable century-old family business empire that started the popular Yeo’s drinks in Singapore. Yeah, the brand is still around, but did you know what happened to the company? It was dissolved at the hands of its third generation. What a bummer...

So, could YHS case caused by the third-generation curse?

We found that this belief isn’t unique among the Chinese community only; the same sentiment is expressed across multiple cultures. 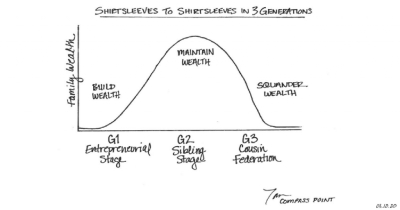 There are truths to these aphorisms…

First, we have to understand that it’s common for assets to be diluted as they are shared among generations of heirs. The first generation builds wealth. They bring a specific skill set to bear that grows the business.

The second generation expands wealth; these family members tend to become philanthropists and grow accustomed to their lifestyle. Meanwhile, the third generation is so far removed from the skills it takes to run wealth successfully which led them to spend the wealth.

Williams Group wealth consultancy survey found that 70% of wealthy families lose their wealth by the second generation, and a stunning 90% by the third.

To add,  the survey also shared that 78% feel the next generation is not financially responsible enough to handle inheritance. Apparently, it only takes the average recipient of an inheritance 19 days until they buy a new car. 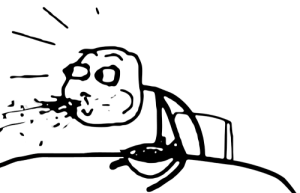 And here we are applying for i-Sinar to make ends meet.

But, is it because their kids aren’t equally smart/hardworking OR the wealthy are so poor at passing along money smarts? 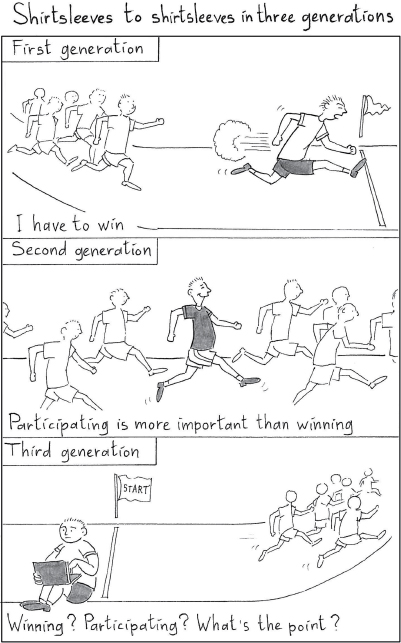 
Perhaps it’s a little bit of both. Here are a few logical reasons why most wealthy families went from boom to bust: According to the survey mentioned earlier, 64% admit they have disclosed little to nothing about their wealth to their children. We get it, they don't want their descendants to be lazy and entitled. But, it’s also important to demonstrate the value of wealth and why they need to preserve it. They need to instil it in their children so that they can be on the same page. Poor decisions stem from poor financial education. And, with more wealth, comes more responsibility. It’s important to educate financial fundamentals and building those positive habits early on to decrease the chances of wasting family money.  A phone? A car? A house? A vacation? They’re provided. There’s always a Pa&Ma fund available to help their children avoid the natural, character-building consequences of life. Maintaining wealth is just as difficult as creating it. It takes intentional drive, motivation, mission and ambition. If the children grew up without that struggle or were never exposed to it, they may not able to fully grasp the significance.


Guess what? The "curse" is breakable, even for non-atas-people who are on their way to the ‘nouveau riche’ land

Mandy Tham, the Academic Director of the Master of Science in Wealth Management (MWM) at the Singapore Management University Lee Kong Chian School of Business (SMU LKCSB) shared wealth can last beyond the third generation as long as it is well managed and the succession planning is carefully planned.

Just take a look at the Mars family. Yup, that chocolate Mars, it's theirs. The family still owns the confectionery giant bearing their name, have bucked the historical trend, surpassing that third-generation mark with their wealth intact. They must've been doing something right. 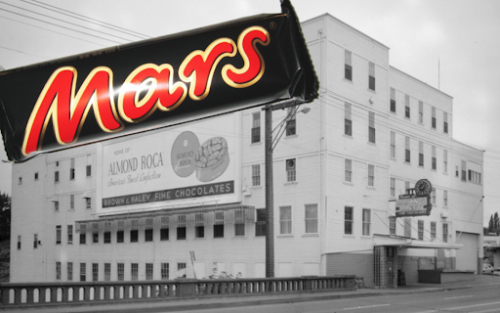 Here are some of the ways to ensure that you wouldn’t live the proverb:
Okay, so maybe you still have trust issues with your children or you don’t want to pamper them - you can always go one step further and disinherit your children to encourage them to forge their own careers like Bill Gates. He has decided to pass his wealth to charity. Of course, he's not that cold. He did give his children the tools they need to succeed which is a good education and a sum of money to invest.

Now, are you ready to build your empire?