Types of Saman in Malaysia… and How to Settle Lah?

Have you ever rushed out from office to head for lunch, only to find that there’s absolute nowhere to park outside your favourite makan place? So you decide to just slot your car into an empty space in an alleyway, praying that nobody will break in to steal your Touch’n’Go. When you come out from lunch, your car is intact but… there’s a ‘love letter’ on your windscreen, from the JPJ!

We’re talking about none other than a saman, because your car was in a non-designated parking area. You can complain about it all you want, you still need to pay up for that offence okay! However, there are some people who may be confused about whether JPJ falls under the police department’s administration or vice versa.

If you’re one of them, then read on to know how to tell the differences between the two, and how to settle any saman that you happened to kena.

Are they both one and the same ah? The simple answer is a “No”. First off, JPJ is a department that’s under the Malaysian Ministry of Transport. Not to be confused with the police (we’ll get to that shortly), they’re primarily in charge of the registration and licensing of drivers/riders and all motor vehicles in the country.

Now, according to the Road Transport Act 1987, JPJ is also in charge of enforcing and regulating road and traffic rules. Did you know that the Malaysian road offender demerit points system (KEJARA) is managed by them? Yes, it’s that scary one where if you ‘accumulate’ enough demerit points for a variety of offences, you could get your license suspended for up to a year! Don’t play-play when it comes to JPJ!

In addition, the Automated Enforcement System (AES) – which are traffic surveillance cameras – has now been integrated with JPJ’s KEJARA to form the Automated Awareness Safety System (AWAS). Basically, speeding and running a red light are 2 new actions that will now earn you demerit points as well, apart from getting fined.

While we don’t condone either action, we also understand that during long holidays, getting a speeding ticket during your balik kampung trip can really spoil the mood. So, we’ve found a list (that may or may not be complete) of the common AES and speed trap camera locations for you to *ahem* be careful of. You can thank us later.

The Royal Malaysia Police (PDRM) on the other hand, are our men and women in blue, the ones whose duties involve general tasks such as ensuring the safety of citizens to performing non-regulatory tasks such as preventing the entry of illegal immigrants. As part of their general tasks, they’re also required to perform roadblocks in order to weed out dangerous and/or errant motorists.

As such, the issuing of summonses also falls under their jurisdiction, and are mostly given during roadblocks and the special operations carried out during festive seasons. For a full list of the types of offences that you can get, either from JPJ or PDRM, click here.

What happens if I refuse to pay my saman from either one?

Then be prepared to kantoi lor. Firstly, there’s a standardised compound amount for people who pay their summonses late. What this means is that if you settle as early as possible (within 1-15 days), you would usually only need to pay 50% of the full amount, sometimes even lower. Once it reaches 31-60 days, that’s when you’d need to pay in full.

For example, if you don’t properly display a ‘P’ sign on your vehicle, the regular rate is RM150 but if you settle as soon as possible, you’d only need to pay RM70. But can you imagine if you had a few summonses under your name and you forgot about them? The total amount that you’d need to settle once you finally remember can sometimes cost you thousands of Ringgit! If you still die-die don’t want to settle your summonses at all, believing you’ll always be lucky, you might wanna think again. In the worst case scenario for a summons issued by JPJ or DBKL, they can (and WILL) issue a letter demanding you to appear in court. In addition to that, every legal document related to your vehicle (ownership, road tax and driving licence) will be blacklisted!

When that happens, even if you repent and want to pay up, you won’t be able to until you make an appearance before the Magistrate to have your summons released from the blacklist. After that, you can proceed to settle the outstanding amount and renew your licence and road tax, or sell off your car. So mafan; why not just pay immediately lo.

Now, in the worst case scenario for a summons issued by PDRM, if you do decide to avoid paying them, be warned that you can get arrested! Let’s say, for example, you’ve got a mountain of summonses dating back many years. The first thing to happen is that you may get summoned to appear before the court, at which point, it makes absolute sense to do comply.

But if you think you can disappear or hide, your failure to show up in court on the stated date and time will result in an arrest warrant. Once that happens, according to Section 38 (2) CPC, the warrant will remain in force until it’s cancelled by the issuing court or you’ve been taken into custody. This means that the police can use that warrant to arrest you even if years have passed!


Ok ok, I pay! How to check and settle my saman?

Pandai also you. The simplest and most straightforward way is to use the MyEG portal. Its service is fast and free; just follow the steps below: 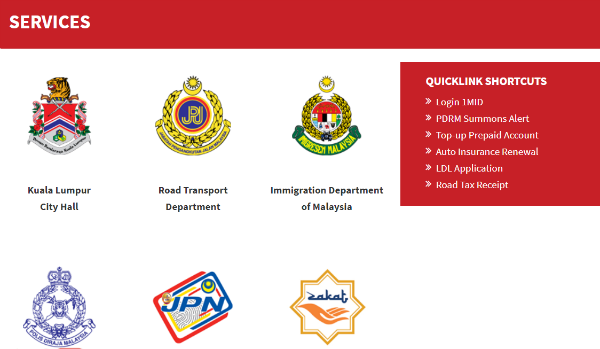 
It doesn’t pay to try and escape the law! 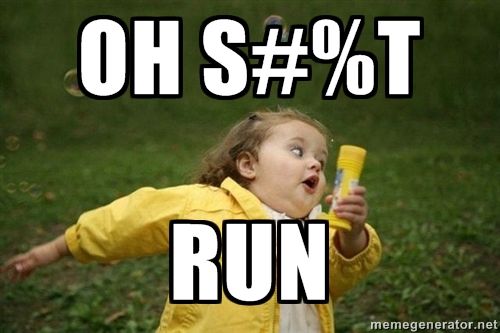 No seriously, after reading about the consequences of trying to avoid paying for a saman, would you really want to go through all that? If you’ve done something wrong, own up to it and pay the fine as early as possible so you can enjoy the compounded rate. Otherwise, things could get reallyyyy sticky for you.

Make sure the things that are within your control – i.e. road tax and insurance – are updated so that you won’t be slapped with an unnecessary fine. Use Loanstreet’s handy platform that allows you to renew both your car insurance and road tax at the SAME TIME to save yourself the trouble and hassle of having to travel to different places for each!

Or just click on the image below to renew your car insurance and road tax.


ALSO READ
Road Tax Expired? Here Are 7 Ways to Avoid Getting ‘Saman’
Can I Renew My Road Tax if I Have Outstanding Saman?