Attention Motorcyclists, You Can Be HEAVILY Punished for These!


Imagine you’re riding your motorcycle along the highway with not a care in the world. Suddenly, there's a surprise roadblock up ahead! You don’t have a driving licence, since that's kind of the accepted norm in Malaysia. But you think you can get away with just a summons – as long as you smile and be polite to the traffic police. You might want to think again because…

You can be jailed for not having a driving licence

If you’re caught without a valid road tax or driving license, be prepared to cough up RM3,000 and RM1,000 in penalty fines respectively. Even worse would be the possibility of a year in jail for the latter, under Section 26 of the Road Transport Act. 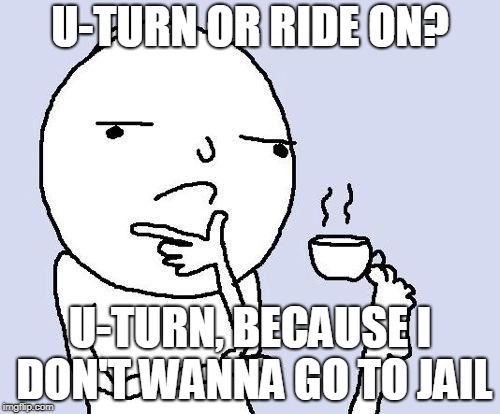 According to former federal traffic police chief SAC Mahamad Akhir Darus, “A driver or rider without a licence has not undergone formal training or tests,” he said. “They may not know anything about traffic laws, road signs or defensive driving. Hence, they are not just a danger to other road users but to themselves as well.”

You can also go to jail for not having motorcycle insurance!

That’s right, you don’t have the luxury of paying your way out of this one. If you’re stopped during a surprise roadblock (usually found more often when it’s nearing a festive celebration), be prepared to get fined AND your a** hauled to court. This is a form of a ‘non-compoundable’ offence – where the nature of the offence is so grave and criminal, that the accused cannot be allowed to go scot-free. This means that the accused would be sent straight to the Magistrate’s Court and subjected to the mercy of the judge.

Motorcyclists who are found guilty could be fined up to RM2,000 or three months in jail, or both, under Section 90 of the Road Transport Act. Don’t even think of getting away with duit kopi, not just because traffic police prefer teh tarik, but you could get in hotter water with the MACC (Malaysian Anti-Corruption Commission).

But wait, there’s more! Here’s a list of traffic offences you can be fined for

Below, we include a simplified guide to the standardised summons payment system of PDRM, JPJ and DBKL (including the summons amount): 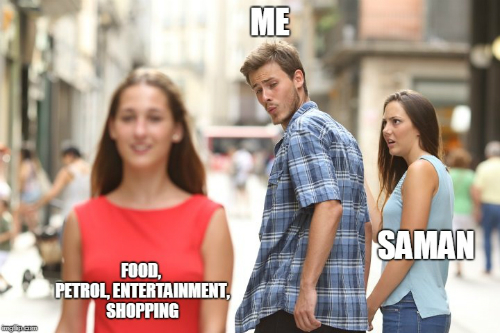 As you can see, the four different categories of traffic offences come with varying rates, depending on how quickly you pay from the moment the summons is issued. Remember that “the more you delay, the more you pay” (according to the principle of the PDRM).

However, the type of summons you are issued with can depend on the issuing officer as well. So try to be polite and friendly if you get stopped, no matter how bad the situation looks. Who knows, you might get away with just a slap on the wrist.

But above all, do the right thing lah okay. Make sure all your documents are in order, from the road tax and driver’s licence, to the insurance (check out our handy motorcycle insurance tool to get a free quote instantly!). That way, not only are you making the roads a safer place to ride/drive on, you’re also setting a good example for the younger generation who’s about to get behind the wheel/handlebars *shudders*

Give this a read:
Road Tax Amount For West & East Malaysia (Private & Company Cars/SUV/MPV and Motorcycles)