Can I Renew My Road Tax if I Have Outstanding Saman?

We have heard this question many times: “Can I renew my road tax and car insurance if I still got saman?”. Some said can, some say cannot.

Don’t pening-pening, let us explain to set your mind free from it.

Can I renew the road tax if I have a list of outstanding saman?

We don’t want to make you feel more confused, so no, you can’t. You need to settle all of the outstanding saman beforehand only then you can proceed to do so - doesn’t matter if it’s Polis Diraja Malaysia (PDRM) or Jabatan Pengangkutan Jalan (JPJ) fines.

But, JPJ fines tend to be a little bit pricier than PDRM. For instance, if you’re caught for not putting on your seatbelt by PDRM, it may only cost you RM150. However, if you’re caught by JPJ for the misdeed, you may be charged up to RM300.

On top of that. you also need to know what kind of saman were charged against you. There are two types of fines - either you could be blacklisted or the other way around.

So, if you want to know, you guys need to continue reading this lah!

What are the differences between blacklisted saman and fines that cannot be blacklisted?

Fines that can be blacklisted

The saman that can risk you being blacklisted will be a hindrance for you from renewing your road tax and insurance as there is an offence record in the JPJ’s systems. In most cases, people would usually be getting their blacklist fine during a roadblock or if you’re detained on the side of the road. These are the examples of traffic offences:

If you were caught in action and received Saman POL.257 or Saman JPJ (P) 22, don’t waste any more seconds, gaiz! This is because these two types of tickets will surely get you to be blacklisted and will jeopardize your road record.

Fines that cannot be blacklisted

If you are wondering what fine that will not get you into trouble, it’s the saman that are straight away sent to your IC address. So, if you were to receive Notis POL.170A in your letterbox, then it means you’ve driven above the speed limit. Just a friendly reminder here - even if you will not be blacklisted there and then, do not keep all your saman letters to yourself, ya! Or you may be charged RM300 under Section 53 Road Transport Act 1987 for the unpaid tickets.

Besides PDRM and JPJ, you may also receive your saman from the city councils like Dewan Bandaraya Kuala Lumpur (DBKL), Majlis Perbandaran Petaling Jaya (MPPJ), or other local councils for parking issues.

Back then, you shouldn’t be worried about the saman from the City Councils as it wouldn’t be recorded in the JPJ’s old system anyway, however, they’ve now amended the rule starting from 2011 where JPJ has started to work closely with them in enforcing the summons under the Road Transport Act 1987. So now, you should be worried about the tickets that you get from the City Council (DBKL) or your name will be recorded in the system, but, chill je! This saman wouldn’t get you blacklisted in the blink of an eye as you have as long as 45 days to settle it.

If I bought a second-hand car and there’s the previous owner’s unpaid saman, who’s going to get into a mess?

So, just now, we were talking about the misdeeds that you committed yourself, but now, what if it’s not your fault but the previous car owner’s? What should you do if you can’t renew your road tax and insurance?

Don’t panic if you’re caught in this misery, gaiz! Just present the documents of buying the used car such as a copy of the owner transfer form and the new car grant to the JPJ and once it has been proven that the unpaid saman isn’t yours, then you’re good to go!

However, you may face a bit of difficulty to prove your innocence if you pay for the car in instalments with a friend and the name hasn’t been changed. You may need to talk it through with him/her. 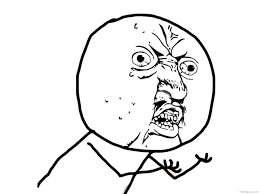 Understandably, saman isn’t as cheap as mamak’s teh tarik so we suggest that you guys just wait for the discounts upon the saman if you can’t pay a lump sum. You should save your money instead by grabbing the golden chance.

A gentle reminder here, don’t forget to pay for your saman or…

… you may receive a love letter from the court to attend the hearing for your pending tickets. You can’t ignore them at this point or a warrant will be released to apprehend you. Here’s the living proof - 25,039 summonses were released in Negeri Sembilan in 2020 which haven’t been added to the other 13 states, yet.

At the end of the day, do what you need to do if you don’t want to go behind the bars. Oh, don’t forget to renew your road tax and insurance as well or you will receive the tickets!