"Help! Which Crypto To Buy?"


Crypto, crypto, crypto. Yes! This again. The recent boom of meme coins such as Dogecoin and SHIBA INU coin is insane and everyone has their eyes on them. But, what are these coins, and how do we approach them? Are they guaranteed to make me money? Let’s talk about what to consider when buying any sort of coin, shall we?

Before we get into that, let’s briefly touch on some of the coins that exist in the market. 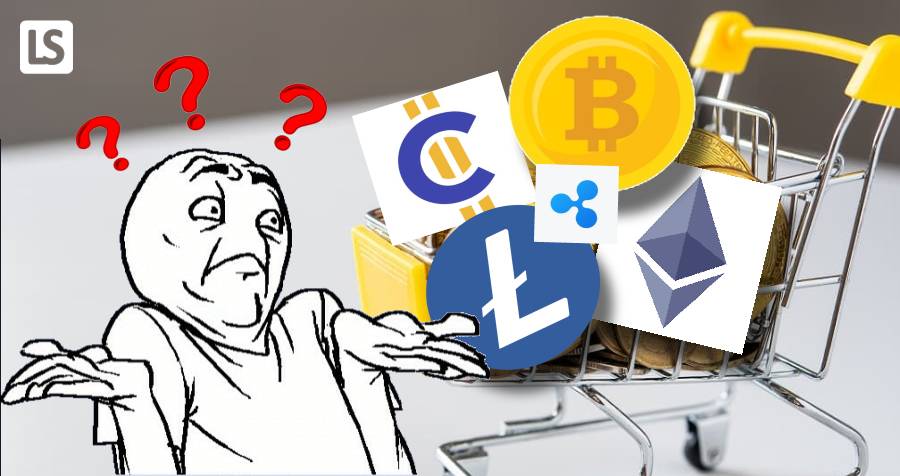 Okay yes, we know about the Grand Daddy of the crypto world. It's considered the first original cryptocurrency, it’s been adopted widely throughout the world by using it as an actual currency to trade for items. One of the biggest examples is Tesla accepting Bitcoin as a form of payment although it was recently stopped due to environmental concerns.

Fun Fact: It was published in 2009 by a person called Satoshi Nakamoto but no one knows who actually that person is!

Then we have altcoins which mean alternative to bitcoin. ETH, being the 2nd largest market cap in the market, uses smart contracts that power up the NFT market such as OpenSea where you can buy digital art or trading cards with Ether (Ether being the currency used to pay for such transactions known as a “gas” fee).

Created by a former Google employee, LTC is like a digital silver to BTC’s digital gold. It transacts faster and cheaper. It’s just like our real-world gold and silver!

Fun Fact: Litecoin has 4 times the circulating supply of BTC at 84 Million coins but only has a market cap of 21 Billion USD, 43x smaller than BTC!

And finally, we have the coin of the people, Le DOGE. It was as a payment system but as a joke to poke fun at the wild speculation in the cryptocurrency world but it was soon popularized by Papa Elon Musk by posting memes or mentioning it on Twitter hence the crazy surge of price.

Fun Fact: It was designed to be user friendly and even used as a tipping service!

Now, how do we determine which coin to buy and what are the factors we need to consider? 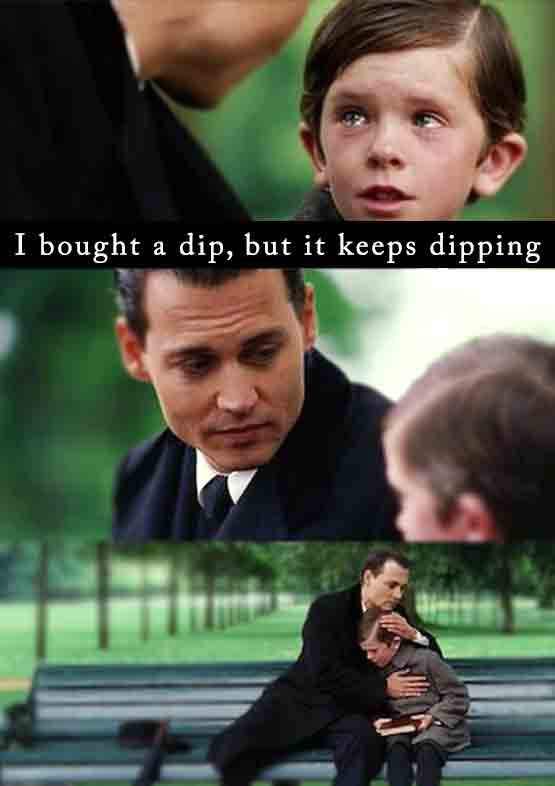 First and foremost, like any investment, is it best that you understand what you are buying into. Just like buying a phone, you’d want to know how much storage space it has, the megapixels of the camera, if the pink one matches your skin tone, the same goes for any cryptocurrency. Reading their white paper (like a report/guide) or googling how it works might take time, but it’s worth it to know what you are getting yourself into. After all, there are A LOT of resources out there.

Here’s a popular one if you malas from a Youtuber named, Andrei Jikh. he talks about finance on his channel ranging from dividend investing all the way to crypto investing. Also, if you don't where to buy it, you can check out, "Where To Buy Crypto in M'sia? Are They Regulated By SC?"

Generally, cheaper coins with a lower market cap are susceptible to pump and dump schemes. So by checking its past performance, you can get an idea of how the asset has been doing. This can give you a rough idea of how well it might do in the future whether it be for the better or worse. Consider studying the ups and downs for a bit before dumping your money in there. 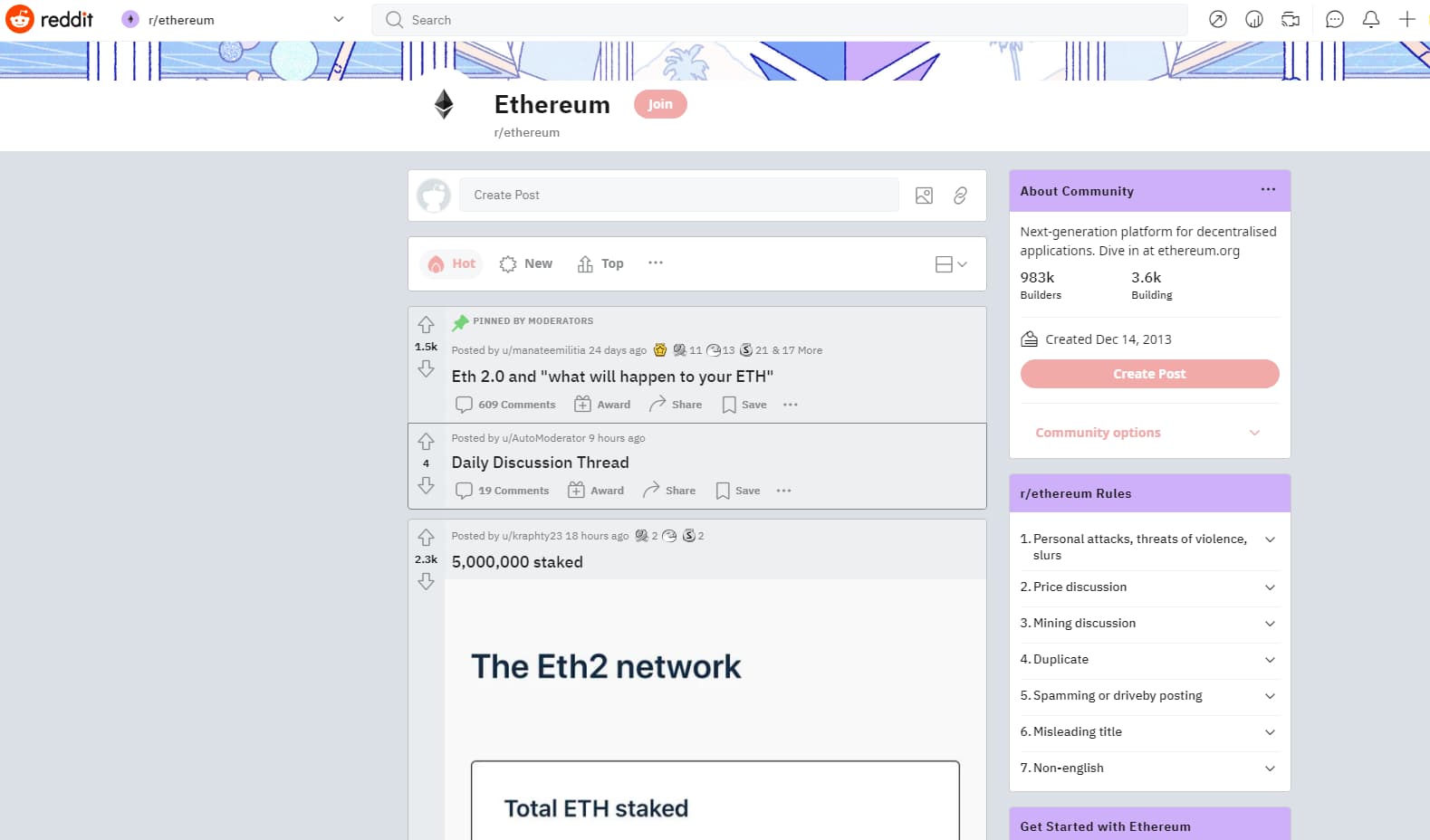 The more traction and attention a coin gets, the more valuable a coin will be. This is because most coins inherently don’t have any real tangible value. It does not generate income or assets on its own. A good way to check is to follow any announcements, communities, forums or even influential people that can affect the future of a coin. Like Papa Musk and his tweets that really REALLY affects the price of some cryptocurrencies.

Now if we are looking to hold and invest for the long term, we have to consider which coin has the most potential. Maybe you foresee that Bitcoin is really the way to go in the future being sort of like digital gold. Or Ethereum will propel society’s future into digitalisation with smart contracts.

Now it’s still very hard to say whether cryptocurrency as a whole will become a norm in the future as it does take up a LOT of energy to get these things going even going as far as using more energy than Argentina. That’s an entire country! There are also countries that banned cryptocurrency entirely such as Nigeria. So based, on your own research, you have to make your own call whether a cryptocurrency will be adopted across the country to be a viable currency.

All in all, cryptocurrencies have always been a super volatile and highly speculative asset.

Whether crypto is here to stay is hard to tell. But like any investment class, it may return crazy amounts of returns but the risk is as high as well. So in the end, it depends on what your goal is in buying cryptocurrency in the first place. There’s really no way of telling what will take off and what won’t, so in cases like this, you just have to trust your research and due diligence and make an educated choice.

If you have any other tips, don't forget to share them with us.

*The above article is intended for informational purposes only. Loanstreet accepts no responsibility for loss that may arise from reliance on information contained in the article.
Continue reading...