Petrol Loyalty Reward Card: Which Is The Best in M’sia?


Do you drive a lot for work or in general? Do you like to get rewards and save money with minimal effort? Then, there’s no reason for you not to sign up for a petrol loyalty reward card by now.

If you haven’t and are still considering, check out this comparison we’ve made between the petrol loyalty reward cards available on the market to figure out which can maximise your spending by earning extra points and redeeming rewards.

But, wait. Are you aware of all the different loyalty programmes that are currently out there?

Now, which one gives you the best bang for your buck? 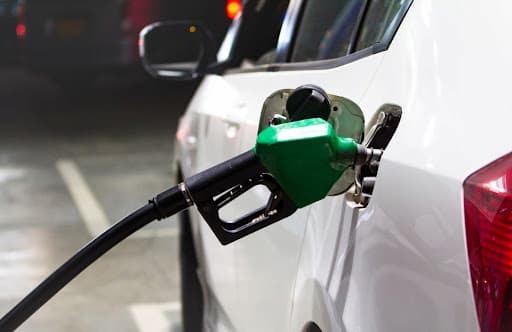 Each petrol loyalty card somewhat employs the same tactics, which means you might not really see the differences at first glance. To figure out which can give more value and savings, we’ve compared the five leading petrol loyalty card brands based on the earning and redemption ratio while making note of any extra perks as shown earlier.

For a clearer picture, here’s a scenario.


Looking at the analysis above, it seems that Petron Miles is at the top of the list for the most accrued points from fuel purchased followed by Bonuslink, Petronas Mesra, BHPetrol e-Card and the Caltex Journey.

This is mainly because of its high earning ratio, which is 2 points for every litre purchased - which means by the end of next month, just by fueling up your car, you’d be able to redeem an RM5 fuel for 450points. You can also get more points without trying so hard if you’re using Blaze 97 more often. We believe that this is a great option if you’re always driving around and also a frequent traveller - can get more points for Agoda bookings and also convert to Enrich Miles. 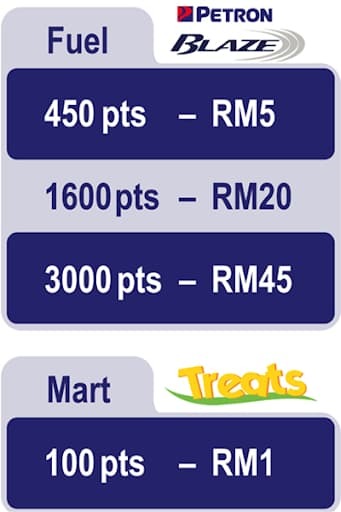 Having said that, when it comes to the minimum redemption that you can make, Petron Miles doesn’t seem like a breeze. Yes, the point-earning mechanism rate is higher as compared to others, but the average driver will have to accumulate a substantial amount of points to qualify for fuel redemptions i.e. 450 points just to redeem an RM5 of fuel. We feel the same way about BHPetrol eCard.

But, for PETRONAS Mesra, Shell BonusLink and Caltex Journey, you can make a redemption rate of 100 points for an RM1 worth of fuel or on their respective store items. This means you can make your first redemption in a few weeks. 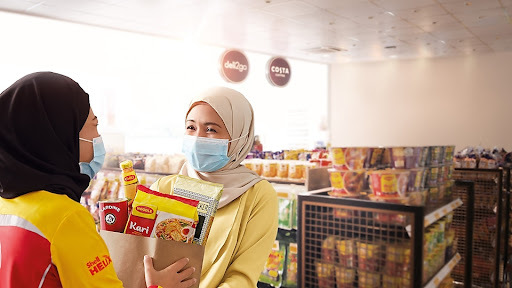 Meanwhile, if you prefer to collect/redeem points that aren’t just limited to refuelling, as well as transactions performed at the petrol station, we’d say Shell Bonuslink and Caltex Journey definitely fit the bill. With the flexibility to earn and redeem points from the wide and interesting range of the Bonuslink’s or B-Infinite’s partner lists, this sure makes loyalty lovers happy.

That said, between the two mentioned, we feel making redemption using the Caltex Journey card would be much more tempting and easier. For example, you can use your BPoints (from as low as 100 points = RM1) as cash and pay for your next bill at Kenny Rogers ROASTERS.


So, what’s the verdict?

At this point, we believe that there's no one size fits all. Each card has its own strength, so it’s not easy to pin down which card gives the best value. For instance,  if you’re only talking about collecting points from fueling, we’d vouch for Petron Miles. But there’s a downside - the Petron outlet network is comparatively small compared to other petrol stations like Petronas and Shell outlets, which means accessibility could be an issue. You might also want to consider your personal preference i.e. how are you going to make use it.

But, what do you think? Which petrol loyalty reward card would you go for? Share with us your thoughts in the FB post comment section. And also, don’t forget to check out our weekly petrol prices update every Wednesday.

Drive safe and please use the signal, everyone!

Disclaimer: The views, thoughts, and opinions expressed in the text belong solely to the author, and not necessarily to the author's employer, organisation, committee or other group or individual. The above article is intended for informational purposes only. Loanstreet accepts no responsibility for loss that may arise from reliance on information contained in the articles.

A storyteller at Finology, who drinks coffee like its water, Nisya enjoy bringing valuable, educational and entertaining content to others. She is integral for optimising our content — written and graphical. When not busy crafting content, you’ll find her in the boulder gym or on stage, performing theatre shows. SEE ALL ARTICLES