“I Only Use This App on My Phone, Which Prepaid Plan To Get Ah?”


Depending on the frequent apps you use, sometimes prepaid plans are the best! Cos after all, everywhere has wifi now, right? Plus, with this WFH situation, why not just pay for what we need and make use of extremely affordable special prepaid plans. 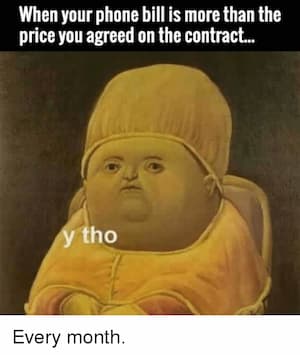 So whether you’re always on social apps or a music junkie, perhaps a video buff, or more, this article is catered to you! Make sure you get the bang for your buck by choosing what works best for you!

But, if you die die wanna get a postpaid plan, then you can check our postpaid plans comparison article. If not, let’s get right into these prepaid plans!

If you just want data...

This one you faham-faham la. If you want to do everything and use all the apps, whether it is scrolling endlessly on Facebook, main Mobile Legends, watching pimple popping videos, this one is for you.


These data plans are indeed more generic but each has its perks. DiGi by far has the most bang for the buck when it comes to raw data and its added unlimited calls to all networks are just sweet! Hotlink is also a fantastic option because of the extra validity time for light data users.


Are you a social butterfly?

It’s all about human connection, amirite? This is for those who bukak Facebook, Instagram, Whatsapp every 2 minutes just to saja mindlessly scroll. Some of the social deals here also give unlimited calls!

It’s all about human connection, amirite? This is for those who bukak Facebook, Instagram, Whatsapp every 2 minutes just to saja mindlessly scroll. Some of the social deals here also give unlimited calls!


You can't live without music...

Do you listen to a lot of music when you commute? Or maybe you jog or cycle a lot. This would be perfect for you to look into so that you will have non-stop music in your ears to accompany you when you need it the most!


Celcom by far will have the most bang for your buck if you are already using their prepaid plans as it is an add-on. But music apps tend to not use too much data. For example, playing music on Spotify with the best streaming quality for an hour straight only eats up 144MB of data which means you can stream up to 6.9 hours before 1GB is used. Now, that’s a lot of hours!

Gaming does take a lot of data and it would suck if halfway through your data finishes right? This section is for you to see A LOT of data and a lower price! And if you play some specific games, there are perks for you too!

Well, gaming on a phone doesn’t take up a lot of data. A match of Mobile Legends would set you back roughly 30MB which isn’t much. But the huge data would help you, especially when downloading the game or updating it.

Yoodo is amazing if you’re looking to play just those games as the add-on price is very worth it. Umobile would be a better choice if you’re playing and downloading all kinds of games.

This is for the visual people who instead of just listening to music, must also watch the music video. Videos are HEAVY when it comes to data consumption and what better than to have unlimited data for it!

Watching videos on YouTube is the one app that eats your data like no tomorrow. On 480p, it’ll take close to 600MB of data per hour and 60 fps on 720p can easily take up to 2GB of data!

Having a huge data plan would still be taxing so an unlimited plan would be the best choice here! DiGi’s Raja Kombo is great if you only plan to watch YouTube and do very light social media with its limited data whereas TuneTalk is better when it comes to heavy usage of social media and gaming with its big data plan.


You want your data to last till the kingdom comes.

For those, who only have minimal data for your daily needs but  Well, well, well, we’ve got you covered! Worry less, use more!


If you don’t mind having a new SIM card, Hotlink is an amazing choice for a mere RM 25. The 10GB data would be sufficient for any messaging apps. TuneTalk is also a good choice if you need a chunkier data plan for your daily needs.


So, which plan suits you the best in terms of your needs? Just a reminder, when choosing your plans, don't forget about the coverage, data speeds and even their customer service. We don’t want to get a plan and find out that there’s no coverage in your area now, would we?


Disclaimer: The views, thoughts, and opinions expressed in the text belong solely to the author, and not necessarily to the author's employer, organisation, committee or other group or individual. The above article is intended for informational purposes only. Loanstreet accepts no responsibility for loss that may arise from reliance on information contained in the articles.