What Is Pink Tax? Does It Exist in Malaysia?


“NO MORE PINK TAX FOR MENSTRUAL PRODUCTS”, a local daily recently reported. This is definitely a great news to all menstruators in Malaysia because they no longer need to pay extra for pads, tampons or panty liners. Period.

According to the news, The Royal Malaysian Customs Department’s website revealed that sanitary products are exempted from the Sales and Service Tax (SST), that is otherwise set at either 5% or 10% for other products. These items are now categorised under “miscellaneous manufactured articles”, as confirmed by Customs Department Deputy Director-General, Datuk Seri Subromaniam Tholasy.

Wait a minute. Why is this news? Is it important?

Just to give you a bit of the back story: Before the tax was lifted, women in the country had to pay 6% GST for sanitary products because they were placed under the “beauty and health products” category. There was even an online petition to appeal to the Women, Family and Community Development Ministry (KPWKM) to put female hygiene products on the zero-rated list. Not only that, this issue also prompted laughter in parliament when an exemption from GST for sanitary products was debated back in 2015.

This matter shouldn’t be taken lightly as these menstrual items are basic necessities (i.e. classed together with food and medical supplies), not luxuries and they’re NOT CHEAP either. The amount of taxes makes it harder for women with a limited amount of money to afford these necessities.

Some of the countries that recently scrapped the tax are Canada, India and Australia. Meanwhile, other countries that are still facing the same issues include France (5.5%), Hungary (27%), Italy (22%) and UK (5%), just to name a few.

This needs to be part of the conversation so that there is an awareness and hopefully a change after. Did you know that girls in Sub-Saharan Africa drop out of school once they get their period or miss school for about a week every time they get it? Based on the Unesco report, this is happening because they cannot afford to buy the necessities. This can be prevented if the mega-corporations sell their products at cheaper prices and are tax-exempted.

A few years back there was a documentary about the Menstrual Man. It’s about an Indian man who was obsessed with making a cheap yet quality sanitary pad after he found out that his wife was using old rags to deal with her menstruation because she couldn’t afford the basic feminine hygiene product. After years of work and dramas, his invention has changed the lives of millions of women in India.

Long story short, for Malaysia to say goodbye to the tax on menstrual products is definitely a step forward.

So, is that what ‘Pink Tax’ is all about?

Many of you may have heard of the term ‘Pink Tax’, but do you know what it actually is? Basically, it’s neither pink nor a tax. It’s just an alleged gender-based price discrimination - women have to pay more than men for the same products/services - haircuts, clothes, razors, shampoos, deodorants and etc.

According to a 2015 study by the New York City Department of Consumer Affairs:

But, why does it exist? It is said that this happens because of the tariffs and service/product differentiation. Some other possible explanation would be that women are not as informed about the prices of alternatives and are more willing to pay the higher price.

Also, because women tend to have more inelastic demand (the interest would still be there whether the price drops or increases), manufacturers and marketers exploit this, resulting in prices of women's goods and services being higher.

Okay, so does ‘Pink Tax’ actually exist in Malaysia?

We checked the shelves to see if this phenomenon is happening in the country and guess what - we saw nothing that’s triggering. For a while, we were stunned.

We went to the Guardian store and Giant at Plaza OUG to look at the personal care items - as you can see, both of the products are identical and priced the same. So, where is the ‘Pink Tax’? 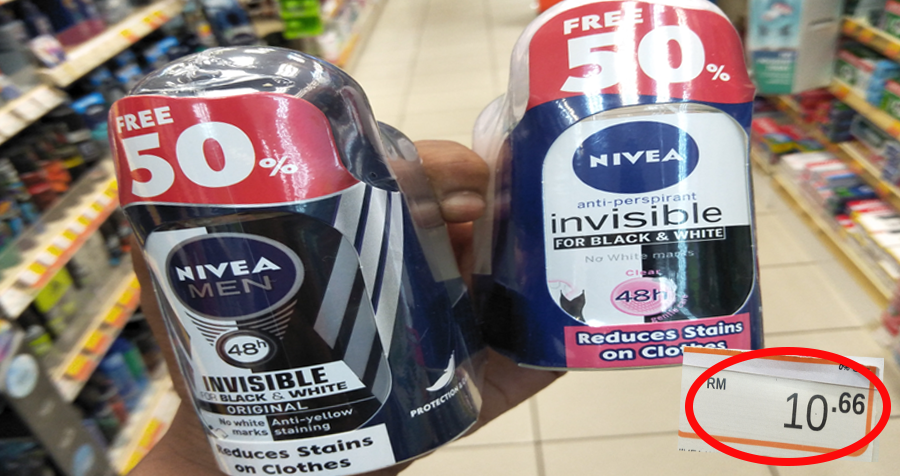 Not happy with this, we looked at the service industry. Based on Ish Salon prices, we can see that women are charged more. However, this might makes sense simply because women’s haircut tends to take more time and labour. 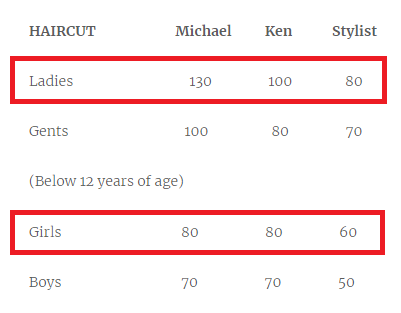 So from our admittedly brief observation, we can’t find any strong evidence that ‘Pink Tax’ exist apply here in Malaysia. Yes, some services may charges women more, but only because it takes more time or require specific skills to get the job done.

That aside, while it might be fancy to use the term ‘Pink Tax’ in a news piece, it’s important for us to understand what it really means, and whether it applies in our Malaysian context.

Anyway, what do you think? Based on your regular spending habits, do you experience such a thing as ‘Pink Tax’? Let us know in the Facebook’s comment section.