Pakatan Harapan (PH) Has Won; Will The Economy Win Or Lose?


On May 10 2018, history was made as Pakatan Harapan (PH) declared a shock victory through a simple majority. Amidst all the celebration and fanfare, there’s a growing ripple of uncertainty and to a certain extent, fear. For the first time in 60 years, we have a new party in power. What can we expect in this new era?

1) PH removes the Goods and Services Tax: What will happen?

First, let’s touch on the central point of the opposition’s entire campaign: scrapping GST and bringing back the Sales and Services Tax (SST). To the general public, it might seem like a welcomed move, considering the strong dissent when it was first implemented on April 1 2015. And we don’t have to look far to see why.

Democratic Action Party (DAP) strategist Liew Chin Tong summed it up well, “We have a situation where the income of Malaysians does not increase, or increases very marginally. The moment you impose GST on a person who earns RM2,500 a month, or a family earning RM4,000 a month, you are sucking away their disposable income.” However, in the eyes of seasoned economists, researchers and many other politicians, this move is considered a bad idea – it’ll only serve to damage the nation further, rather than aid it. GST is implemented in a majority of developed nations worldwide. In fact, there are currently 160 countries that have VAT/GST.

Surely this type of levy works in filling up public coffers, and not because 160 countries all made a common mistake? It’s a transparent and progressive tax system, targeting the rich more than the poor by taxing consumption and not income. You spend more, you pay more tax, and vice versa; it’s the best indication of just how much cash you have. Who can afford to spend the most?

On paper, it’s much fairer and there’s no way to cheat the system (compared to other forms like sales or income, for example). It’s quite different in Malaysia though, where GST was implemented in a regressive manner; basic items aren’t taxed for the most part, but did you know that high-end luxury goods and services do also fall in the same baskets? Here are just some examples:

2) International flights and voyages for passengers are zero-rated. Who are the ones able to afford flight tickets and cruises?

In our point of view, complete removal of this system could be fiscally reckless if it does not come balanced with other adjustments. Also, we’ve already spent so much across the country to put GST systems in place. To remove it will again cost a lot as another exercise is necessary to overhaul the accounting and taxation systems.

As an alternative to abolishing the GST, keep it. But exempt GST on most goods, or Zero Rate them. That way, all the investments that went into implementing it over the last three to four years won’t go to waste.

And when the nation slowly becomes more ready for GST, we slowly reintroduce it by including certain goods as necessary. This leads us to our next question…

2) Will the economy tank with PH in power? 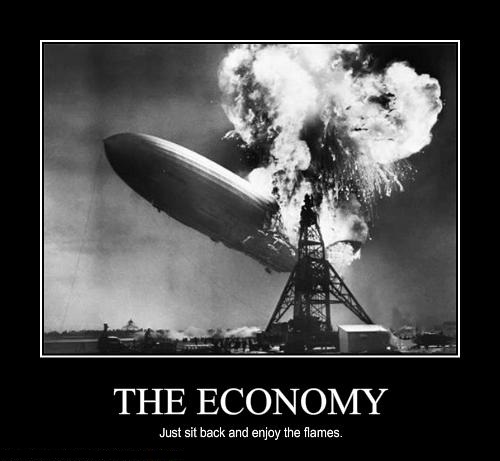 BN thinks so, and would certainly like for the rakyat to think so too. Take a step back though, and look at some facts and figures (which don’t lie): the states which were under the rule of PKR in the past are prime examples of economic progress, beyond what BN has managed to achieve.

1) Selangor - Long been a successful state economic case study. For example, according to a report in The Edge, the Selangor State Government has managed to record a budget surplus of RM480mil in August 2016, based on a RM1.86bil revenue and expenses of RM1.38bil.

However, if the opposition presses ahead with its ‘10 Janji 100 Hari’ for the entire country, there’s a growing worry on how they plan to make such ambitious plans work. Perhaps it’s because they have Tun Dr Mahathir Mohamad onboard that they believe they can; this is, after all, the man who accelerated Malaysia’s economic growth and modernisation. A study by the Finance Ministry begs to differ: the country’s stock market and currency will take a plunge, with a possibility that the national debt will increase by RM430bil (with the total rising to more than RM1tril) if items like tolled roads, GST and PTPTN student loans were abolished.

It isn’t just BN as credit ratings agency Moody echoes the same: “Little is known about the opposition's full range of economic policies, and its electoral pledges have lacked details that would allow for a full assessment of their budgetary and macroeconomic impact.”

Of course, the short-term view is that of jitters and knee-jerk reactions as the sentiment everywhere is of “what now”. In the long-term view, if PH is able to put into place structural reforms and emulate the successes of the two states (since they have good policies in place), then it will stabilise and ultimately the rakyat will realise that the new government is competent after all.

We take a look at a few of these promises objectively: PH has planned to allow borrowers to postpone their payments if earning less than RM4,000 in addition to no more blacklisting of defaulters. So long as those who’ve taken out PTPTN loans start their repayments after they’re earning more than RM4,000, the government would continue to have enough cash to fund future generations of promising students.

By removing the blacklisting policy though, how will the government recoup their losses if the former loan takers default on their repayments and take up citizenship in other countries? Will it influence others to default as well? What about those who have already paid off their loans, or are about to? They’ve pledged to launch comprehensive reviews into mega projects that have been awarded to foreign countries. One of them is the massive East Coast Rail Line project worth RM55bil, awarded to China. Mahathir has been quoted as saying that the mega project is a waste of resources. How much money do we stand to save from wastage on what could have been a white elephant project?

If the ECRL doesn’t see the light of day, how will this affect relations between China and Malaysia? And in the first place, how did China’s presence become so prominent in Malaysia; was it somehow linked to Najib accepting aid from them in order to bail out the beleaguered 1MDB? The reintroduction of fuel subsidies to targeted groups such as motorcycles with an engine of under 125cc and cars with an engine of under 1,300cc can be beneficial if implemented correctly. But then there’ll always be the sneaky ones who find loopholes. It’ll be hard to manage since there wasn’t any explanation given about how they’ll monitor each and every vehicle that comes to pump fuel.

So far, with so many questions and little answers, it looks as though PH’s manifesto is quite fiscally irresponsible. It’s fine as long as the savings they claim to be able to retrieve from wanton waste and corruption (being siphoned away) can cover for all these populist moves. Otherwise, they're going to be under a lot of pressure to be able to balance the budget.

The stock market had been affected by the pre-election jitters with everyone staying cautious and adopting a wait-and-see attitude. Ever since the stock market will now experience a rebound after election uncertainties are removed, can we expect to see the sudden jump in prices of ‘certain’ stocks? We’re certain that those who bet on the former government-linked stock prices going up will invariably see them tanking. So here are Loanstreet’s top four (read: PH-linked companies) picks:

Mokhzani Bin Mahathir is on the board of directors. Its stocks are seeing a positive change of 35.95% as of this writing.

Mirzan Bin Mahathir is on the board of directors. Its stocks are seeing a positive change of 1.70% as of this writing.

Fakhri Yassin Mahiaddin, son of former deputy prime minister Tan Sri Muhyiddin Yassin, is linked to this company. Its stocks are seeing a positive change of 21.43% as of this writing.

Also linked to Fakhri Yassin Mahiaddin. Its stocks are seeing a positive change of 28.20% as of this writing.

“The only thing that is constant is change,” said Heraclitus, and for 60 years, Malaysia has remained stagnant. The sudden transition from a largely stable but authoritarian system to a more vibrant but messier democratic system is a welcomed breath of fresh air, the change the rakyat fought for.

For now, it remains to be seen whether PH is able to deliver on its lofty goals for the country, or prove Najib was right all along when he referred to their policies as ‘Pak Pandir’ (foolish and naïve; the village idiot). To read more on this topic, click here.