Why Are Oil Prices Falling - Most Compelling Theory


Crude oil prices have dropped from about USD 115 per barrel in June 2014, to current levels of about USD55 per barrel at the start of 2015. This has resulted in many speculations as to the reasons for the drastic drop. Some even fall into the realm of conspiracy theories. But are there any basis to these theories? We examine the 3 of the most commonly held theories and give our take on them.

1) OPEC is Trying to Kill US Shale Oil Producers 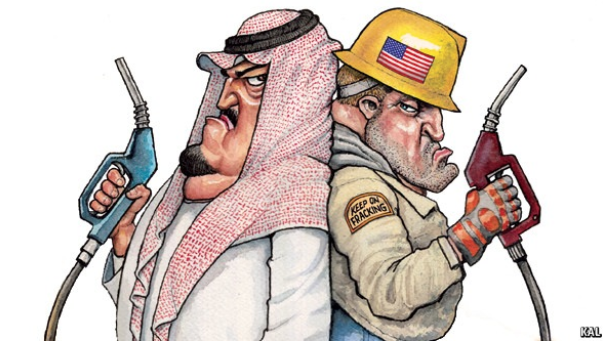 OPEC is a cartel of oil producing nations that coordinates production targets twice a year. Together, they account for about ~40% of the world’s oil supply. When prices began falling in June 2014, many expected OPEC to cut production to support prices. Instead, they kept production targets unchanged. Were they hoping to price out shale oil producers in the US so that they would collapse?

It is plausible that OPEC hopes to prolong lower oil prices for such a purpose. Still, seeing that OPEC production targets have held steady in recent years, they could not have caused the initial drop in prices in the first place.

2) The US is Punishing Russia

Russia has been quite the naughty one, relishing every chance to poke a stick into the eye of Uncle Sam. Their latest shenanigans in Crimea caused some serious beef and resulted in trade sanctions. What sweeter revenge than for the US to hit Russia’s pockets in retaliation?

Yet, Russia simply shrugged off those trade sanctions. Being a petrol state, 45% of Russia’s government revenues are derived from oil and gas exports. Sanctions or no sanctions, Europe is dependent on Russia for oil and gas.

So if the US cannot drive down Russia’s total export volume with trade sanctions, they could always drive down prices to cripple Russia, right?

Being the preeminent country of the world, people tend to over-estimate what the US can do. Sure they could bomb a country to smithereens. Sure they could land a man on the moon. But oil prices are still very much a function of global market forces. And the US, for all their might could never have exerted the level of control necessary to effect such a drastic drop in oil prices.

This theory is total bunk.

3) The Appreciation of the USD

Since Sep 2014, the USD has been strengthening against almost every other major currency. As oil prices are derived in USD, it is natural to expect a corresponding drop in oil prices that reflects the appreciation of the USD. Think about it:

Without doubt, the appreciation of the USD has contributed to the decline of oil prices in USD terms. However, the USD has not appreciated as much as oil prices have tumbled.

This theory is only a small contributing factor at best.

So What’s The Real Reason Oil Prices Are Falling?

The truth is less glamorous than you’d expect.

First, let’s revisit the past. Remember a time before 2008’s global financial crisis when oil prices climbed past USD140 per barrel? This was about the time that everyone was majorly concerned that the world had hit peak oil production. 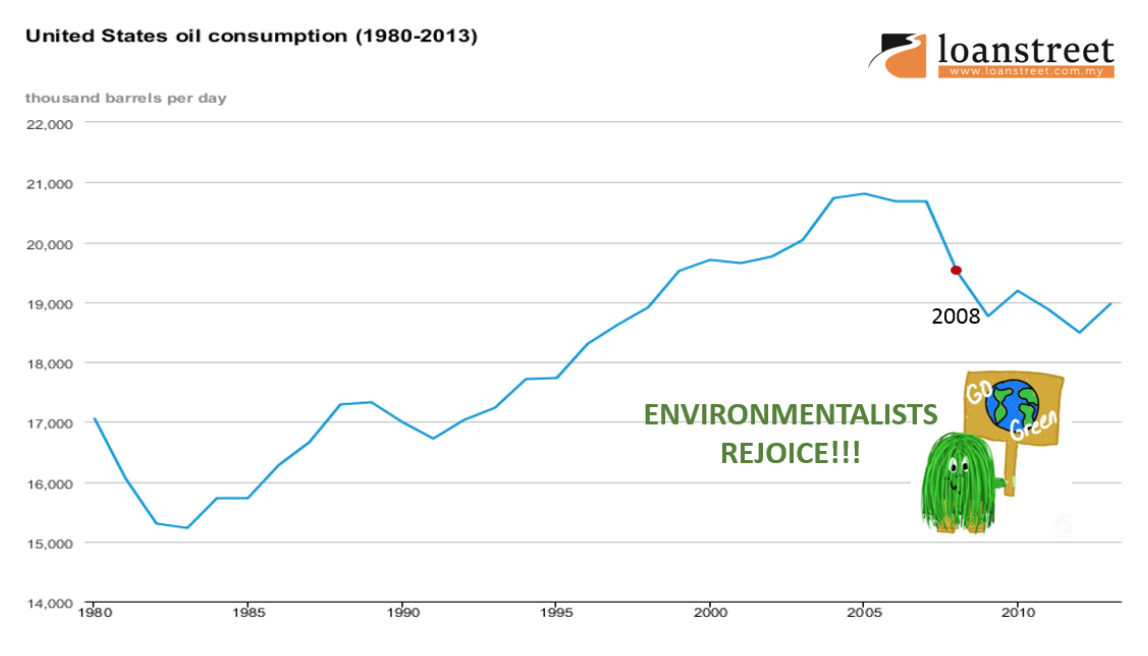 But unscathed by the financial crisis, China’s appetite for oil continued to grow. Also, oil supply remained stagnant for a good many years. The investments into shale oil production facilities in the US (itself a result of the energy crisis of 2007/2008) would take many years to come online. It did not help that the Arab Spring of 2011 disrupted production in Libya entirely.

What happens when we plot the major supply and demand events onto an oil price chart? A clear picture emerges. Most of the price movements of the past century can be explained from a supply and demand perspective.  And it is no different this time round.

Where Does That Leave Us?

It is hard to predict where global oil prices will go from here. But unless OPEC decides to cut production in the near future or another unforeseen disruption to supply happens (E.g. Shale oil producers collapse), prices are expected to remain low on the backdrop of weakening demand and growing supply.

Whenever market conditions change, there will always be new winners and losers. Read on to find out if Malaysia ends up a winner or a loser in a low oil price environment.