What Can Malaysia Expect to See Once GST is Zero-Rated?


Pakatan Harapan (PH) seems to be sticking to its guns to remove GST and have it replaced it with SST. On June 1 2018, the GST will first be zero-rated for all goods and services. However, this does not cover those which have already been exempted. By 2020, PH hopes to be able to completely remove GST.

A large-scale move such as this will certainly have a major impact not only on the country’s financial standing, but on the rakyat as well. What does this spell for Malaysia and her people?

Something old, something new

To bring you up to speed, here’s a quick comparison between GST and SST, as of today:

With the “zerorisation” of GST, does this mean the rakyat would now have more cash-on-hand? It would seem so, if we just look at the difference in revenue collected from GST and SST: Which income group would stand to benefit the most though?

Ever since GST was implemented, prices have been on a steady rise while salary growth has remained stagnant. This wasn’t the prediction back in 2013, according to the Ministry of Finance secretary-general Tan Sri Mohd Irwan Serigar Abdullah, "Prices of some goods may rise, but this should go down later on. Hopefully, this is a one-time spike, after that it will moderate downwards."

Since that didn’t happen, will we see it happening in 2018? Will consumption power now be brought back to the masses, and the burden on the rakyat ease up?

Or will the rakyat now be faced with more uncertainty than ever? 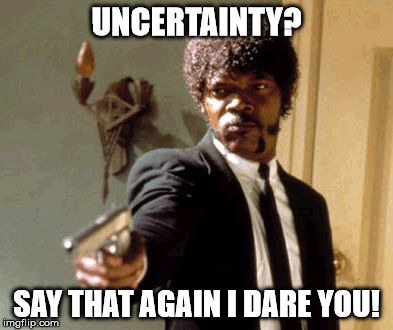 Even after three years of GST, many are still confused about how it really works, no thanks to inaccurate or false information out there. With the rate reduced to 0%, there’s going to be a lot more uncertainty taking place, with many believing that prices of goods and services will mercifully fall.

This may not be the case as many businesses will keep their current prices; they’re profit-maximising entities after all. In doing so, their old profit margins remain while they enjoy that 6% “bonus” (there’s a reason Greed is one of the seven sins).

In addition, under the SST, value-added activities cannot be compensated via input tax. This will lead to businesses not wanting to undertake such activities.

The absence of input tax credit will likely create an upward pressure on prices in industries such as wholesale, retail, vehicular as well as motorcycle workshops. Up till end September 2017, these businesses represent approximately 34.2% of GST registrants. What this means is that we can expect to see price hikes in major household expenditure categories like food and beverage, transport, clothing and footwear.

There are, however, Malaysians who’re willing to pay for GST, as long as they know where the funds go. Is the money used to stimulate the national economy i.e. build better infrastructure, such as schools, hospitals and transportation for the rakyat? Or was it used mostly to plug the massive hole of government expenditures and dropped into their own pockets?

Whether the government is able to get businesses to lower their prices to correlate with the new zero-GST remains to be seen, as new laws would have to be strictly enforced to curb the unlawful profiteers.

Let’s move on to the bigger picture...

What about the economy; how will it benefit from this move? 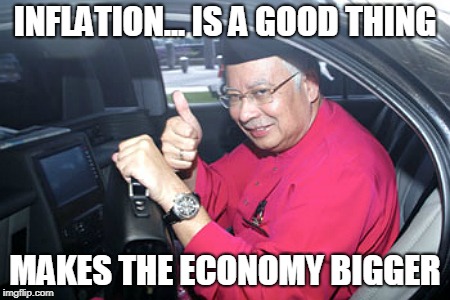 How will the removal of GST bring about positive changes to the economy? For one thing, it’s supposed to ease the rising inflation. When GST was introduced in April 2015, it caused the inflation rate to spike to 4.2%. This is in due part to profiteers taking advantage of the new system to nilly-willy increase the prices of goods and services.

The government giving cash handouts (of which the amount seems to get more and more each year) in an attempt to help offset the bigger tax bills weren’t enough, apparently.

The removal should also lead to an increase in consumer spending, thus boosting the economy overall. Bank Negara Malaysia (BNM) forecasts that economy will grow 6% this year. Is it because everyone’s expecting prices to drop just so they can enter into a shopping frenzy?

That might be wishful thinking though, considering how hard it is to predict consumer behavioural patterns, so how else is PH hoping to plug the sharp dip in revenue?

As it turns out, Malaysia is the fourth largest oil and natural energy producer in the Asia-Pacific region. With crude prices trading up to a new high of USD79 (approximately RM314), the country is set to benefit from this upswing, since it will partly help to offset any loss in revenue.

Former BNM governor Tan Sri Dato' Sri Dr. Zeti Akhtar Aziz, who is part of the Team of Eminent Persons to advice the new government, said that Malaysia can reduce fiscal deficit by controlling expenditure. Reductions would need to be made, beginning with rationalisation, efficiency measures and reducing leakages by clamping down on corruption.

Would that really be enough though to sustain the economy in the long-term?

Or are we about to witness the economy tanking spectacularly? 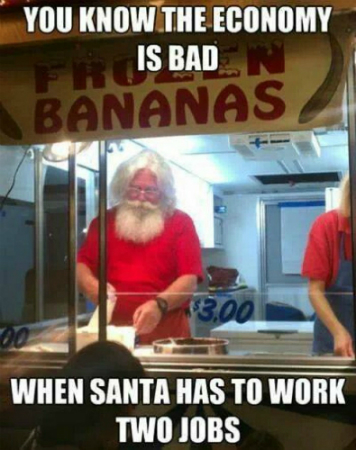 The facts don’t lie: GST has been instrumental in providing the government with so much more revenue than SST ever did. It’s estimated that RM43.8bil is to be collected in 2018 from GST as compared to the RM17.2bil collected in 2014 through SST. Could this be a potentially risky fiscal manoeuvre?

A more modest SST is supposed to be introduced, but this is a system that has been abandoned by most countries around the world due to its inefficiency. On top of that, 160 countries have adopted the GST/VAT, surely all of them can’t be wrong simultaneously?

If you also take into consideration the cash handouts, the promised return of fuel subsidies, the country’s immense debt (levels reaching RM1tril), and low cash reserves: "We could be looking at a fiscal deficit for Malaysia next year as much as 4.3% of GDP," said Barclays head of forex and emerging market macro strategy research for Asia Hamish Pepper.

With so much mounting pressure on the government regarding the proper handling of this tax swap, what’s their plan?

PH’s main strategy is to depend on crude oil prices remaining high for an extended period of time. The problem with such a heavy reliance on petroleum-related revenue means that the country’s budget will be vulnerable to fluctuations in oil prices. Since the implementation of GST in 2015, revenue has proven to be much more balanced.

Case in point: falling oil prices in 2016 caused the loss of approximately RM2.1bil, where GST played a critical role in cushioning the sudden dip.

It’s clear that there are still many questions swirling around this impending decision to “zerorise” the GST on June 1 2018. The new government has yet to announce any solid strategies to effectively manage not just the raising of revenue for Malaysia, but to continue tackling future economic and social welfare challenges in a sustainable manner. Once again, Malaysians will have to adopt a wait-and-see stance and hope that PH and its Team of Eminent Persons really know what they’re doing.