Digital Tax Is Happening, and Here’s Why You Should Be Afraid!


In case you still don't know, all digital services has been taxed since January 1 2020. Now, what this means foreign tech companies which provide imported online services to the rakyat – inclusive of software, music, video, or any other digital advertising – are required to register with the Royal Malaysian Customs Department. They also have to charge, and transfer, the relevant service tax to consumers.

The news has sparked divided responses from both industry players and the general public. “My Netflix how? Spotify leh? Apple Store and Google Play??” goes the general outcry.

So, let’s take a look into just how much the digital tax is expected to affect the Malaysian digital space.

First, we try to explain why this tax is a necessary evil…

Everyone don’t worry so much yet, it’s not going to be charged on ALL the transactions made online; it's only charged on the services offered online that requires a payment to be made to the foreign company.

The introduction of this tax made Malaysia the second country in Southeast Asia to do so, following a similar model as our neighbour, Singapore. The digital space is growing rapidly to become one of the most important segments of the Malaysian market, and it hasn’t been tapped into yet. So, of course lah the government would want to jump in!

Taxing the digital sector means that there’s a great opportunity for the government to receive additional assistance in strengthening and expanding their revenue base. Especially in the case of a new government that’s held responsible to reduce the huge national debt that they inherited from the previous government (ahem, 1MDB, anyone).

Additionally, the government has rationalised that this tax is necessary to even out the playing field between foreign and local businesses within the digital space. Currently, global digital businesses are enjoying massive profits without taxes in Malaysia, due to the fact that they don’t have a physical presence in the country.

Instead, these companies get to declare their profits in their country of origin (where their headquarters are), which means that other countries such as Malaysia will lose out on the potential tax revenue. Not fair like that, right?


So, what are some of the concerns and possible roadblocks to this new tax? Economic experts and prominent industry players have already shared their thoughts on the introduction of the digital tax. Basically, they’re not a happy bunch.

Some have expressed concerns that it has negative effects on the tech companies and e-commerce players. This is due to the assumption that it will create some sort of a double charge: digital tax AND everyone’s favourite-topic-to-complain-about, the Sales and Services Tax (SST).

Another double taxation concern is with the existing Withholding Tax (WHT) of 10%. This type of tax is defined by the Inland Revenue Board (LHDN) as: “a method of collecting taxes from non-residents who have derived income which is subject to Malaysian taxation law”. It also applies to local companies who do direct transactions – both digital and non-digital – with these foreign service providers.

To put it simply, there’s already a form of tax in place to charge these foreign companies for doing business on our soil! So, is that mean we, the end consumers, end up paying a much higher price as a result of these taxes passed down to us?? 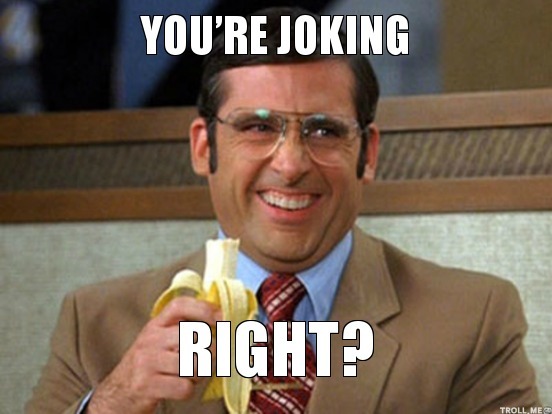 Apart from that, Deloitte Malaysia executive director Chia Swee How has raised questions on the challenges the government will face in collecting the tax.

Another possible issue lies in whether the digital tax would be transferred to the end consumer in the form of a customs charge. If yes, then more headache! Chia warned that it might make it tedious for locals to get their hands on foreign digital products and services, or even make digital transactions.

Meanwhile, the Institute for Democracy and Economic Affairs (IDEAS) has stated, “If Malaysia introduces digital tax as a direct tax, that might encourage other countries to do the same, which would be damaging for Malaysian firms looking to export to those markets.”

“As an open trading nation, Malaysia stands to benefit more from a pro-trade, pro-innovation approach to the digital economy. It’s important that agreement on this issue is made by all countries collectively, to avoid double taxation and slowdown in the digital economy,” IDEAS added.


Okay, now how’s the government addressing these responses so far?

In spite of all the negativity surrounding the digital tax, the government has so far acknowledged these concerns. The Ministry of Finance has stated that LHDN is expected to work closely with international bodies to address any international tax issues relating to the digital and sharing economies. Apparently, a tax threshold is implemented, to ensure that smaller companies were exempted. On top of that, the government is taking measures to ensure no one is facing double taxation. This is to avoid any rising in the prices.

That aside,  the online B2B marketplace owned by local companies such as Dropee are exempted from being taxable under the new digital tax regulations. Hence, retailers and suppliers may heave a sigh of relief to find that no additional charges will be charged when you purchase and sell on Dropee, even when the digital tax rolls out in future.

We get it, not everyone is happy with this tax, so, why not check out these 6 totally free Netflix alternatives that you can enjoy in Malaysia. Thank us later!
Continue reading...