Car Damaged in a Riot? Here’s What You Need to Do


Strikes and riot cases rarely pop up in the news here in our peaceful Malaysia, but when it DOES happen, thousands of people would band together out of the blue and cause all kinds of damage on dozens of vehicles, property, and even the authorities’ vehicles!

The latest violent riot happened just last November in Subang Jaya, which ended with over 18 vehicles being set on fire by the rioters. We’re sure none of the damaged vehicle owners ever dreamed of having their cars destroyed by a crowd of angry protestors, and we hope that they’re compensated accordingly.

Not that we’re wishing for the same thing to happen again (or to happen to you), but if you ever find yourself smack dab in a similar situation and your car damaged by rioters, follow our tips to stay safe and claim for your losses...

Being caught in the middle of an actual riot is not like watching a parade; there's a high chance for you to get hurt by the angry mob, even if you have nothing to do with it and just happen to be driving by in your car. If the rioters start to come towards your direction and you feel threatened, leave your car and belongings immediately and get away from the commotion as fast as you can.

Your safety is more important than your car, so don't hesitate to leave it and run to a safer area when you feel threatened. When you're a safe distance away, try to get help by calling the authorities (if you manage to take your phone with you) or go to the nearest public area for assistance. 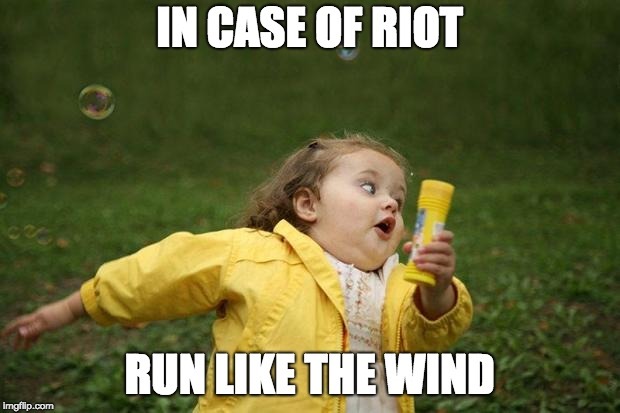 2. In case of fire, break out that extinguisher

What do you do if the rioters set your car on fire? The best thing to do here is to get away from the blazing vehicle as fast as you can. Cars run on petrol, and when the fire gets to the fuel tank..... BOOM. However, if you have a fire extinguisher handy and you're not under a direct threat by the rioters, you can try to put out the fire from a safe distance before the bomba arrives.

DO NOT attempt this if the fire has spread to the petrol tank, as it could lead to an explosion without any warning. 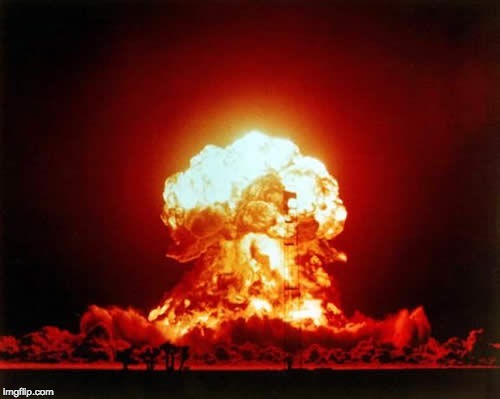 Just like when you get in a car accident (touch wood), you need to file a police report within 24 hours of your car being damaged by angry rioters. This is helpful for when you're making an insurance claim for the damages (provided your car insurance policy covers damages and losses caused by strike, riot, and civil commotions). It also helps if you can take pictures of your damaged car after the riot ends as supporting evidence. 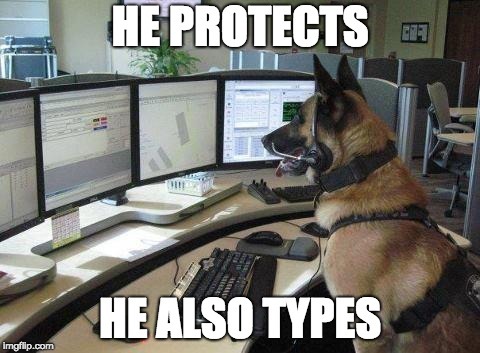 4. Claim from your car insurance provider, but...

Even if you have a comprehensive car insurance policy, take note that it will not cover damages caused by strike, riot, and civil commotions unless you have added this coverage to your policy upon purchase or renewal. Now, if you check your comprehensive car insurance policy, you will come across the coverage for vandalism or malicious acts - which means damages that are deliberately made to your car by a person or a group of people who has a bad intention towards you. But this does not mean that you can claim under this coverage if the damages to your car were caused by a riot.

Well, you can try, but most car insurance policies have clauses that states they will not pay for the damages caused by the strike, riot, civil commotion, and acts of terrorism in the General Exceptions section. It will probably look like this:

We will NOT pay for any liability under the following circumstances:-

If any loss, damage or liability caused by invasion, war (whether war be declared or not), warlike operation, acts of foreign enemies, hostilities, civil war, acts of terrorism, strike, riot, civil commotion, mutiny, rebellion, revolution, insurrection, military or usurped power or by any direct or indirect consequences of any of the said occurrences.

If you're reluctant to fork out that much money every year, we totally understand. Just try not to park your car by the roadside and stay alert to avoid being caught in the middle of a riot. That being said, you never know what might happen in the future - as proved by the Seafield temple riot. If you have the time and money, you can press charges and sue the rioters who are responsible for your car's damages. We're not going to lie, it might be a very long battle, and at the end of it you might not even win the court case. So unless you have really strong evidence (such as pictures or surveillance camera recordings) that can pin the charges on the person(s) without a doubt, discuss with your lawyer about your other options before you start your potentially expensive lawsuit. 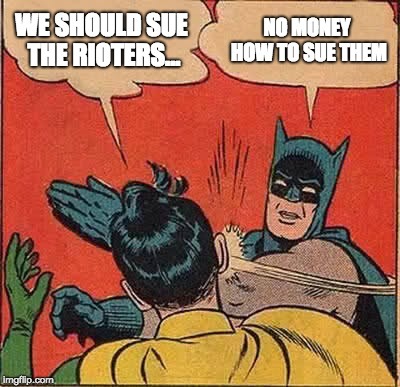 We can try to be as vigilant as the Dark Knight, but we still can't predict what might happen in the future. If you can afford it, do try to add-on to your comprehensive car insurance for more protection against unfortunate events. But if you're not willing to spend on it, or you know that the chances for you to encounter a riot is zero percent, then by all means skip this add-on.