Sarawak Is Still Considered as a Poor State. Sure Meh?


Personal opinion as a Sarawakian? I don’t think Sarawak is poor. It has a lot of natural resources. If you go to major town areas such as Kuching, Miri, Bintulu, and Sibu, these towns are expanding rapidly. Additionally, the oil and gas industry there keeps bringing in a lot of job opportunities over the years. I even witnessed first hand how there are more malls, factories and night clubs popping up in recent years to accommodate the growing number of working population there.

So why people still claim that Sarawak is a poor state. Let's dive deeper into the statement to seek out the truth.

First, how did Sarawak become part of Malaysia? Here’s the chronology

31st August 1957: It’s the day when the Federation of Malaya's independence from the British Empire was officially declared by our first Prime Minister, Tunku Abdul Rahman. Today, it’s known as Merdeka Day or National Day. Having said that, take note that Sabah and Sarawak haven’t joined Malaya. 16 September 1963: Sabah, Sarawak and Singapore decided to merge with Malaya to form the country that we know today, Malaysia. This date is known as Malaysia Day.

9 August 1965: This one lari topic sikit but we ought to let you know that this is the date that Singapore left Malaysia.

Of course, there’s a lot of debate and dissatisfaction amongst Sabahans and Sarawakians when it comes to celebrating the country’s official Independence Day.  They feel like it is too “Malaya centric". This is because, at that time, Sabah and Sarawak haven’t joined Malaya yet mah. 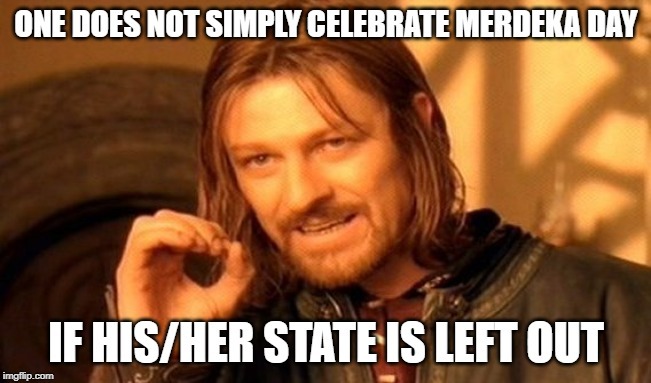 This is why Sarawak Day is making a strong comeback. In 2016, the Sarawak Government declared  22 July as an official public holiday (only for Sarawak, okay).


Sarawak has enjoyed independence for more than 55 years now (since 1963), what has changed?

List of the GDP of Malaysian states released by the Department of Statistics Malaysia. Image source: Wikipedia

Well, things certainly have improved over the years. Ever since Sarawak gained independence, it has been doing really good in terms of gross domestic product (GDP) compared to other states in Malaysia. Just take a look at above statistics. In 2017, Sarawak was ranked 3rd in terms of its economic output. That’s really incredible, gais! 
If Sarawak is doing well, how come people still claim that the state is still one of the poorest states in Malaysia? Okay, before we start pointing fingers or blaming the government or getting terasa and whatnot, let’s take a good look at the real facts and statistics below (because numbers never lie wan). 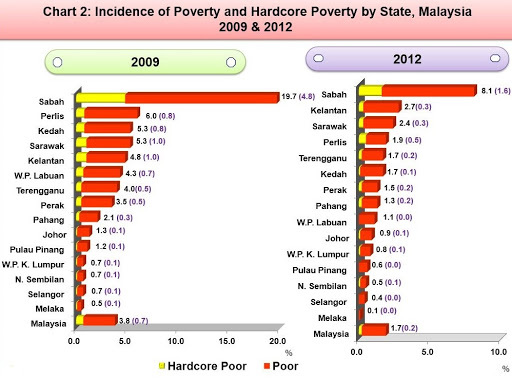 As you can see in the chart above, Sarawak was ranked 3rd in 2012 in terms of poverty. 2.4% of the population was hardcore poor while 0.3% was poor. Let’s understand what does poor and hardcore poor mean.

Okay, so far we know that Sarawakian as a state is making money at an average of RM4,293 per month. So, how can people justify that Sarawak is a poor state?

So I dive even deeper into this matter. And apparently, people called Sarawak poor because Sarawak has 7 out of the top 10 poorest districts in Malaysia. What are they? According to Borneo Post, the 7 poorest districts are Pakan, Lubok Antu, Song, Kanowit, Selangau, Simunjan and Daro, with Pakan being the poorest because of the most obvious reason - geographical factor.

All 7 districts are quite rural, some hard to access (have to use boat only), and some reside on hilly terrains. 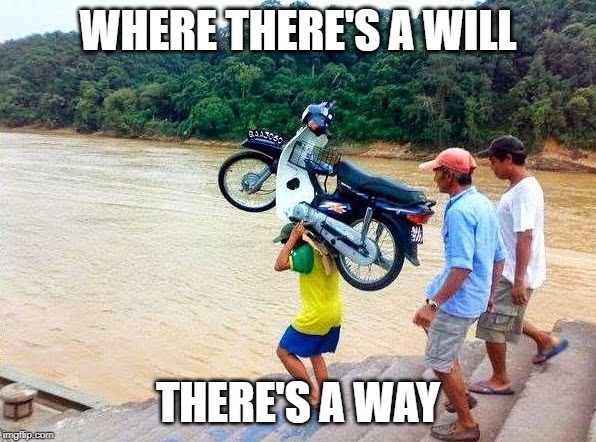 Given that fact, the people that live in those districts can only engage in primary economic sector activities. For example, mining, fishing, and agriculture. More often than not, these people are relying on their agriculture harvest for income.

But as you’d probably already know, these commodities prices are heavily influenced by global demand. Sometimes they go up, sometimes they go down. Normal lah. Economy 101.

Based on these findings, I can conclude that Sarawak as a state is not poor. It’s actually doing really good and is projected to continue to achieve economic growth annually. It’s just that there’s an imbalance between the rich and the poor.

So, should the government start developing these districts into secondary/manufacturing sector or tertiary/service sector to generate more revenue?

Again, it’s not convenient to develop factories in these districts as they all are very far from major towns and ports. And, to develop tertiary/service sector also poses a challenge as the broadband penetration rate (households) in Sarawak is still low - 51.8% je. Even when there is a broadband connection, it always putus-putus and you have to go to the top of the hill to get signal. So mafan haih…

That’s why many Sarawakians would prefer to move to a bigger town or city in search of better job opportunities.

Based on The Star, Sarawak Chief Minister, Datuk Patinggi Abang Johari Tun Openg made a statement that out of the RM8.2bil development budget allocated, RM5.7bil will be allocated for development, and 37% of that (RM3.1bil) will be allocated for rural areas (emm, he didn’t specify the budget breakdown by district lah). What we know for now is that the budget would be used on infrastructure development such as roads, telecommunications, electricity and water supply.

Let’s just hope that this money really goes into developing the districts and doesn’t go under the table, into someone’s pocket lah. Because you know, Sarawakians keep on complaining about government breaking promises. 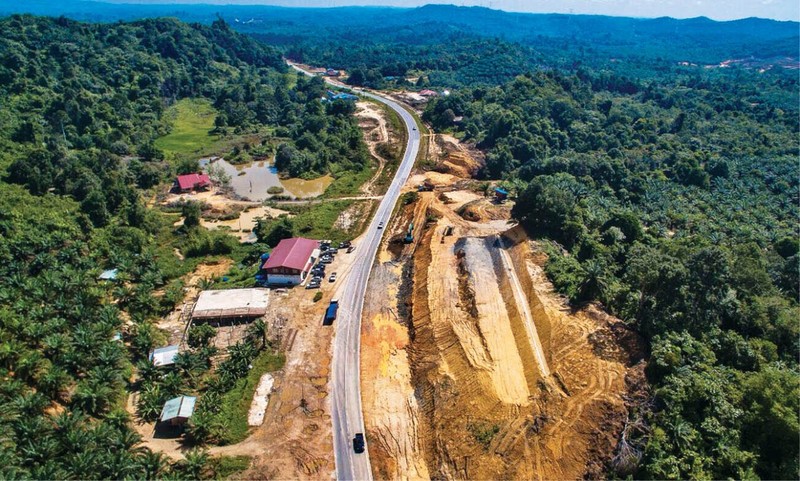 So Sarawakians, keep a close eye on your politicians and leaders. Make sure they are accountable for your economic growth. Why? Because Sarawak announced it’s biggest state budget ever at RM11.9bil for 2019 and we don’t want this money to go to waste.

But one thing for sure lah… if only all of the oil revenue that Sarawak produced goes to the state, then for sure it can be as developed as Singapore, right? Currently, Sarawak only gets 5% of the oil revenue. In 2017, the revenue was RM1.9bil.

But no worries, the new government has promised to increase Sarawak’s oil royalty to 20%, so not bad lah kot - more money for Sarawak to develop its state.

So, what else is the government doing to improve Sarawak’s financial standing and development?

One of the important initiatives would be the Sarawak Corridor of Renewable Energy (SCORE).  It’s targeted towards attracting foreign investment. Or in layman’s term, attracting foreign companies to set up their office or factory in Sarawak. This can open up more employment opportunities for Sarawakians.

According to a news report in 2018, this project has attracted about RM79.3bil investments from both the private and public sectors. On top of that, it has also created more than 61,000 jobs. Well done!

As a Sarawakian, how can you contribute?

Well, if you’re into technology and startups, then we know that you’d love to join events or entrepreneur community that will teach you essential entrepreneurship skills and provide you with the funding as well! Our friend at The Founders Club has put up a list of organisations or communities that you can join to pursue your digital entrepreneurship career. 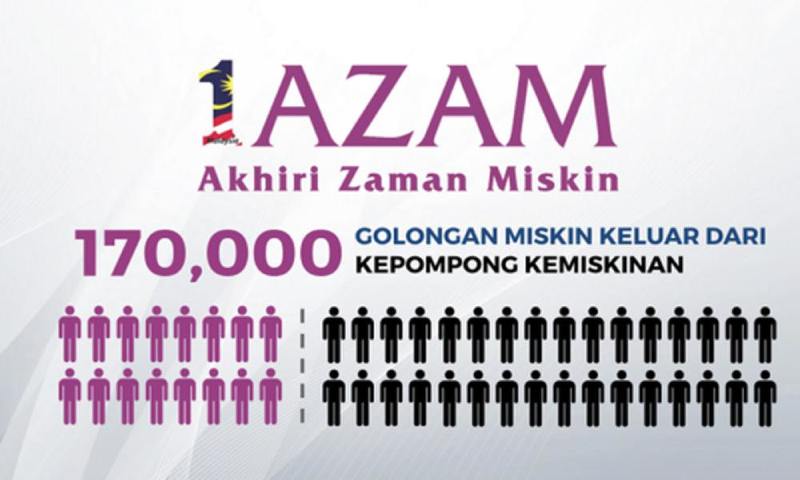 Also, there are a lot of government ministries and agencies that can help you with starting your business. One of them is called 1AZAM Programme. The aim is to eradicate poverty in rural areas by helping participants on starting their own small businesses. To register for this program, you must sign up under the e-kasih system which is available at KPWKM (Kementerian Pembangunan Wanita Keluarga dan Masyarakat) regional office. Sadly, it can’t be done online.

But do understand that this is only for rural people with low income, and it's highly likely that they don’t even have the Internet to read this article. So if you know friends or relatives who are struggling to make ends meet, tell them about this program.

That aside, to those who love agriculture and don’t mind getting your hands dirty, then be sure to sign up for AZAM Tani programme. It can help you to kickstart a business in agriculture and agro-based industries such as crops, fishery, farming, food processing. It even provides equipment like mobile kiosks and stalls. Not bad, right? Just remember that you have to visit the regional MADA (Muda Agricultural Development Authority) office to sign up for this programme.

So do take advantage of these programmes to improve your financial standing, while contributing to the state and country.

On a final note, never stop fighting for a better Sarawak. As the famous Iban warrior, Rentap, said: “Agi Idup Agi Ngelaban”. Which means, for as low as you are still alive, keep on fighting. 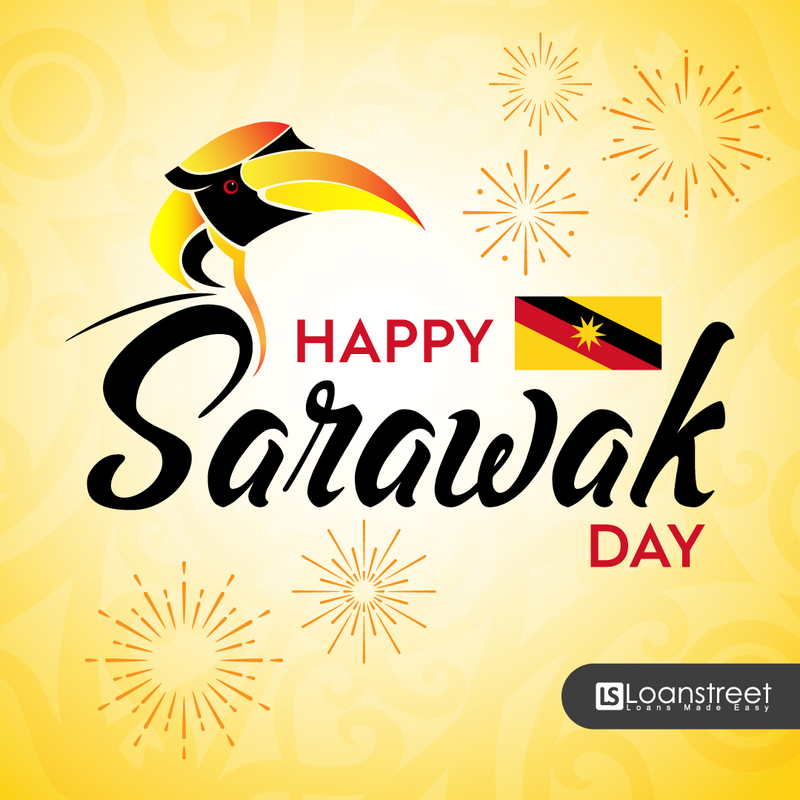 And to all Sarawakians, Happy Sarawak Day!