If You’re Still into Money Games, Shame on You!


As you may have noticed by now (unless you’ve been living under a rock in a secluded riverbed), lately there have been many news reports regarding money games, some of which seem to have spread their tentacles to other countries as well. It would seem like Penang is at the forefront of these headlines, which we'll come to shortly.

Well we have some news for you: this is not a game that can be trifled with, these are fraudulent schemes, and the deeper you go the more you stand to lose. Most notably, the term ‘Ponzi scheme’ has popped up in most of the news reports, although there are other terms to describe these activities: pyramid scheme, multi-level marketing (MLM), and get-rich-quick scheme.

Many people were confused at first; what is this new worry and how best to identify one before it is too late? These frauds aren’t new, something that suddenly mushroomed up overnight; they have been around for more than a century. On this topic, we decided to dive right into the shady Ponzi world that operates on the principle of “robbing Peter to pay Jane”.

What is all this talk surrounding the Ponzi frenzy?

First off, let’s examine what the Ponzi scam really is. To put it simply, it’s an investing ploy that seems to promise high rates of return with little, to no risks at all, for its investors.

The trickster running the scheme would usually place an advertisement on social media that promotes the non-existent investment to entice new investors. The ads will claim to offer abnormally high returns – in an unusually consistent manner too – in a surprisingly short span of time. Next, word-of-mouth is usually all it takes for the rest of the victims to be roped in.

One such advertisement example is as below, where it seems as though a famous tea brewing company is starting up their own investment scheme under the name ‘Livetea Ventures’. See how crafty they are in ensuring the graphics closely mimic the original: 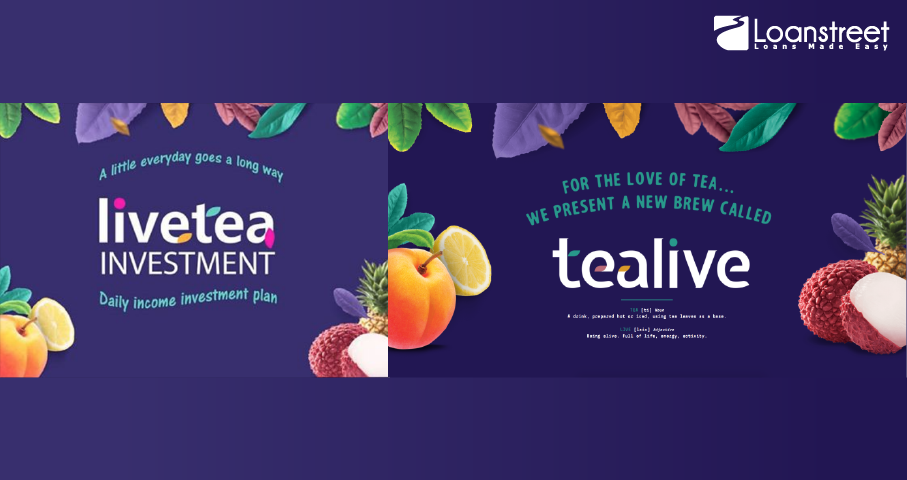 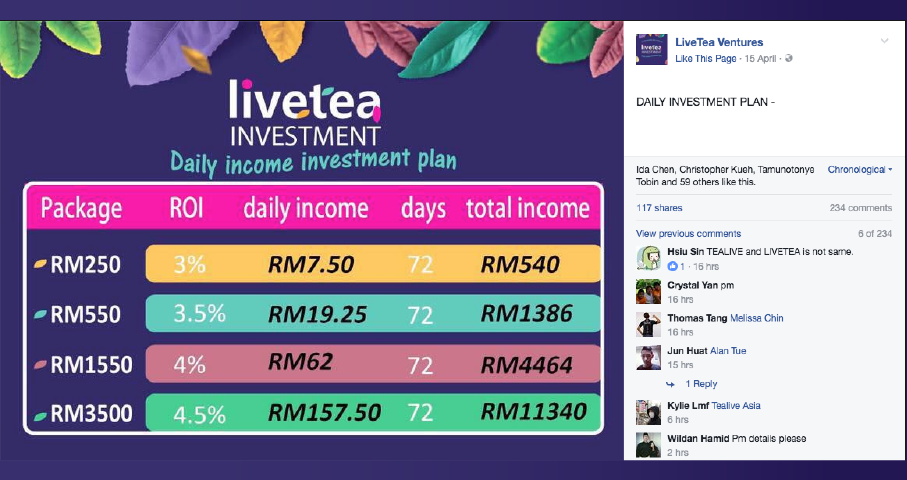 As can be seen above, investing a sum of RM3,500 with Livetea Ventures would allow you to earn a total of RM11,340 in 72 days; that’s triple your money in just a little over a month! If that sounds too good to be true, it probably is.

How does it work?

Here’s an example for you to consider. Have you ever been to a social gathering and met a distant relative who takes a sudden interest in you, offering to share his tip to strike it rich, which he normally never does? He tells you that if you seize the opportunity now, you’d be one of the early investors in a fail-safe program that will see you getting an extremely high return in no time. 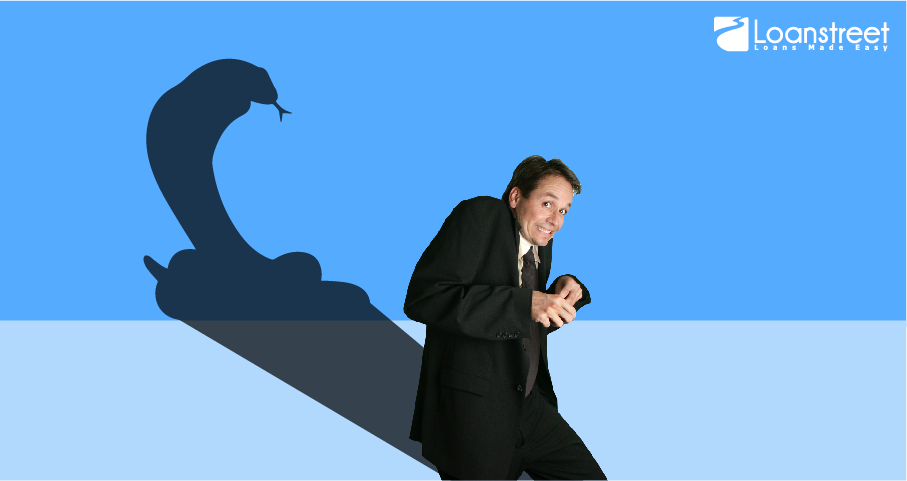 Sensing your skepticism, he tells you to ask your other relatives who are at the gathering too – they have invested as well and are already seeing the results. You do ask around, and they all confirm that the guy is speaking the truth. Despite what your relatives (whom you trust implicitly) say, it’s best to walk away. This guy is probably trying to bait you into joining the latest Ponzi scheme.

How the Ponzi scheme works is based on an elementary framework, revolving around the main process of generating returns for original investors by acquiring new clients. This is a similar scenario to that of a pyramid scheme, since both of them depend on a constant flow of money gotten from new investors to pay the old investors. Unfortunately, both will rapidly unravel when eventually there isn’t enough money to go around.

After receiving the promised returns on their investments, the older investors will spread the good word to family and friends, giving the scheme the credibility it needs to continue. All the fraudster has to do is focus on hooking more new clients, those who are willing to “get in early” on an incredible investment opportunity, relying on word-of-mouth to get more people to join.

As these people don’t take the time to find out detailed information of the investment first, what they don’t know is that all of the money pouring in is not put into any kind of investment vehicle. Thus, there are absolutely no profits at all. People often compare a Ponzi scheme to building a house of cards – no matter how grand it looks, it must collapse eventually.

Where did the scheme get the name?

Of course, this scheme wouldn’t be complete without its own colourful history. While a few classical novels such as the 1844 ‘Martin Chuzzlewit’ and the 1857 ‘Little Dorritt’ (both by Charles Dickens) depict a similar scheme, the scam was given star power and thrust into notoriety in the 1920s by one Charles Ponzi. Dapper looking gentleman, isn't he. 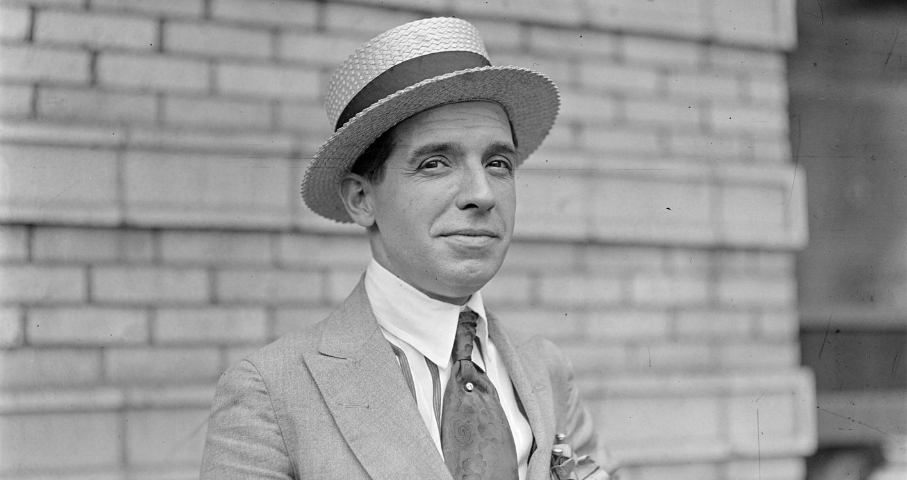 It all began in 1919, when the financial con artist started off with a small practice that involved international mail reply coupons. Ponzi took advantage of the difference in exchange rates between the American dollar and other currencies to buy low and sell high, thus earning him a neat profit. This is known as an arbitrage, and is not considered illegal.

However, greed then took over. He expanded his efforts to open the Securities Exchange Company, which promised returns of 50% in 45 days, or 100% in 90 days. With his earlier success in the postage stamp practice, many new participants were invariably attracted to invest with him.

However, Ponzi did not actually invest the money he received as an investigation later on would reveal. He had only purchased about $30 worth of mail coupons on which the scheme was based. Instead, all he did was to just redistribute it by paying his early investors with the new investors’ money and told them that they had made a profit. Most of the money went into his own pockets, of course.

His scam instantly took off, successfully earning him up to $1 mil (worth more than $13.6 mil by today’s standards; that’s approximately RM58.8 mil!) during one three-hour period in 1921. And that is how Charles Ponzi pioneered the category of swindle that now bears his name.

What are some of the most notable examples?

With the success of these scams (to varying degrees), it’s no wonder they’re so prevalent in our country. As of now, the various schemes are seemingly free to go about their business, with only a watchlist of companies/websites that are neither authorised nor approved on Bank Negara’s official website. 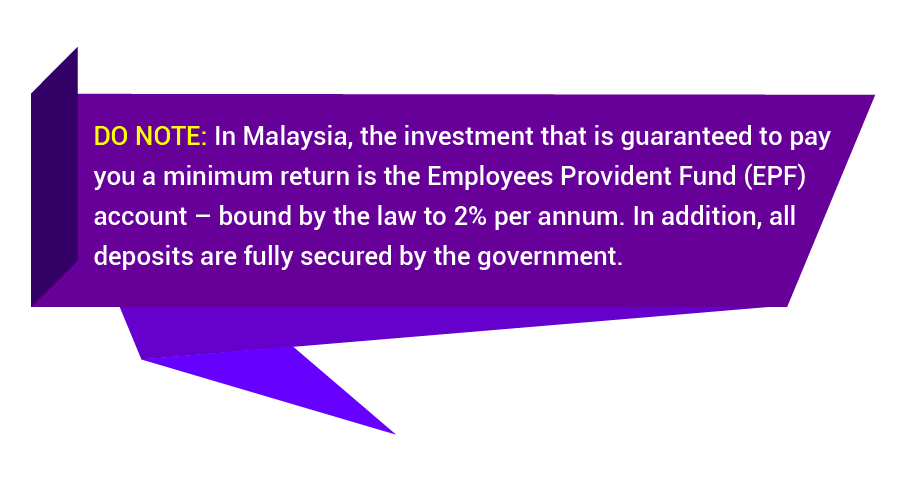 The most recent Ponzi scheme to be splashed across the newspapers is the JJPTR (JJ Poor To Rich), a forex trading entity that managed to draw in more than 400,000 ‘investors’. Founder Johnson Lee (from Penang, no less) started the business in May 2015, offering a 20% monthly return for investments as low as US$25, and everything went smoothly at first.

However, as we (hopefully) know by now, the house of cards had to crumple. In April 2017, Lee claimed that the company’s network had been hacked, causing a total loss of approximately RM1.7bil. The truth finally came to light that the entire business was nothing more than a Ponzi scheme, and the founder was arrested along with two of his right-hand men.

There are so many more similar schemes out there: Richway Global Venture, Live Coin, Change Your Life and BTC I-system are just some of the latest ones.

But that is not the largest Ponzi-like scheme by far. Does anyone remember the multi-billion Ringgit scandal that gripped not just Malaysia, but news headlines worldwide? 1Malaysia Development Berhad (1MDB) came under an investigation by the Swiss attorney general’s office (OAG) in October 2016.

According to their statement, the OAG suspected that a form of the Ponzi scheme was used to conceal the misappropriation of US$800mil (approximately RM3.5bil) of funds, which were allegedly invested in natural resources.

We cannot expect everyone to be vigilant and have the necessary skills to think logically in order to make sound judgments. As we have seen already, there are so many Malaysians who are easily duped into these schemes. The government has a list of ‘unauthorised and unapproved’ companies, of which the total number went from 271 companies in 2016, to a total of 302 as of today. These are merely the ones which have fallen into Bank Negara’s radar, but with lax enforcement, there are plenty of others which have slipped by unnoticed.

The government can take a stricter stance on these illegal activities by enforcing various acts (such as the Direct Sales and Anti-Pyramid Scheme Act 1993) or legislating new laws to deal with those who have managed to find loopholes. At the end of the day, skepticism is an investor’s best defence against most types of scams out there, and let us reiterate what we said earlier: “If something sounds too good to be true, it probably is”.