So, How UNAFFORDABLE Are Malaysian Homes? Here Are the Answers


Affordable housing is a big issue in Malaysia. In 2015, Khazanah published a report that said houses in Malaysia are “seriously unaffordable". It continues to be so in Khazanah’s latest The State of Households 2018 report.

Over the past few years, the Housing and Local Government Ministry (KPKT) has allocated a significant part of its resources towards addressing housing affordability in Malaysia. Reports indicate that we are anywhere between 1,000,000 to 1,700,000 short of affordable homes. This is a serious shortage and the new KPKT minister, Zuraida Kamaruddin, has acknowledged many times that her focus is on addressing this issue.

Housing affordability has sparked many a heated debate among the working class. Most rakyat have a pretty negative sentiment over homeownership and millennials especially, have numerous concerns over the issue.

In this article, we will be dissecting the housing affordability conundrum by answering these 5 questions:

1. How unaffordable are Malaysian homes in a global context? According to the UBS Group, the world’s most expensive city to buy real estate in 2019 is Hong Kong.

UBS’ data shows that the number of years a skilled worker needs to work to be able to afford a 650 sq ft apartment near the city centre, is just over 20 years.

Numbeo, the world’s largest user-contributed database on countries and cities, released a Property Price Index for 2019. In this list which takes into account property price-to-income ratio, Kuala Lumpur is ranked #105. To give some context, our nearest neighbours were ranked much higher –Phnom Penh at #7, Bangkok at #16, Singapore at #19 and Jakarta at #20.

It is fairly evident that in the global context, Malaysia is not among the least affordable property markets, and the problem is more severe in many other countries. It can be argued that one must look within Malaysia as this is a local problem. This is a fair argument.


2. How bad is the housing situation in Malaysia today?

With the publicity that this subject has been receiving since 2015, it would appear that affordable housing is a recent problem. It is not. We are led to believe that property prices have increased, and wages are not keeping up.

By looking at past data, this problem is not a new one. In fact, things may be better now than 16 years ago, believe it or not.

Taking data from Khazanah’s The State of Households 2018 report, the average household income in 1993 was RM1,703. Statistics derived from CEIC Data (an economic database) shows that the average house price at the time was about RM100,000.

If the average buyer took a 30-year mortgage with the prevalent interest rate of about 8% then, the monthly instalment would be RM660 per month, assuming a 90% margin of financing. That’s almost 40% of the average household income at the time.

Clearly, the income-to-price ratio for properties has not gotten worse. It would seem that our perception of the problem has changed because of the prominence that affordable housing has been getting in the media.


3. Why current affordable housing does not really help? I once lived in Desa Parkcity (circa 2008). Not exactly affordable housing, but bear with me for a moment. Getting to work from Desa Parkcity to my office at the time which was in Jalan Raja Chulan required that I use 2 tolls. One at the LDP and another at the Penchala Link. A return trip to work cost RM7.20, per workday – which leads to a total monthly cost of RM158.40 (based on an average of 22 working days).

The additional monthly cost to me in toll payments only was about RM200. I estimated that the additional fuel cost was also in the region of RM200. This adds up to an RM558.40 monthly spend on transportation alone.

We do have government affordable housing initiatives like PR1MA. But at the point of writing this article, PR1MA’s website indicates that there are only 73 projects available across all of Malaysia with most of them in “limited units” status.

In Kuala Lumpur, there are 4 PR1MA projects of which only 3 are still open with limited units:
As a benchmark, a distance of 500 meters is considered “walking distance”. PR1MA projects outside of the Klang Valley do not have access to LRTs or MRTs. Residents may have to rely on buses or more likely, cars.

This brings us to another problem.


4. Why are our household expenses so high? 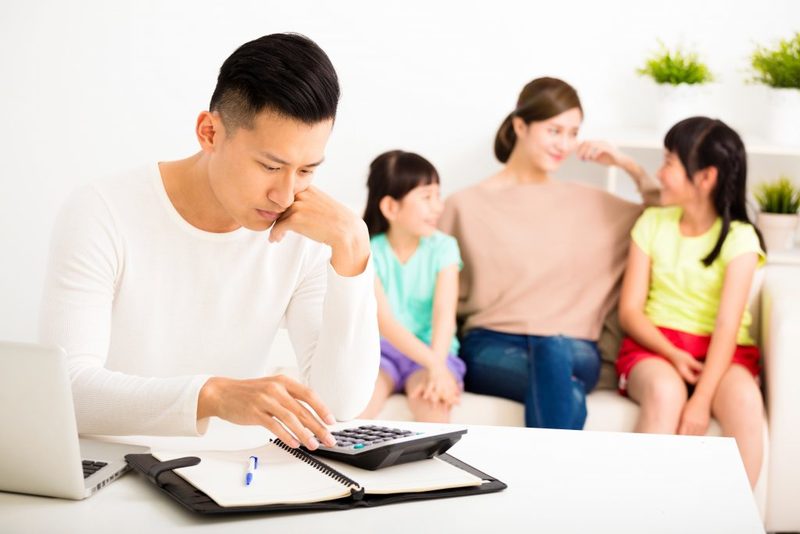 A large portion of the Malaysian working population rely on cars as their main mode of transportation. This is perhaps one of the biggest household expenses, after housing of course.

As a result of taxes that make the cost of cars unnecessarily high, the average Malaysian is burdened with significantly higher transportation cost. The monthly instalment for the Honda City with current prices would work out to RM960, as compared to RM597 in Australia. That’s a saving of nearly RM3,000 on down payment and RM363 per month on instalments.

This saving alone would allow a family to go from an RM320,000 house to an RM400,000 house (assuming they could afford the additional down payment and incidental costs).

This brings us to another important question about house prices – we all want depreciating property prices, but is this a good thing? Well, you know what they say about free lunches; there’s always a catch.


5. So, why are lower property prices not necessarily a good thing? While most first-time home buyers want house prices to reduce, they may not be in a rush to buy a house if the Housing Price Index (HPI) went negative for the next 5 years. In fact, most people would be sceptical about buying in such a scenario.

In fact, there is research that indicates that under certain conditions, supply eventually becomes restricted when property prices decline. This is because most homeowners will not want to sell their properties when prices fall. The majority who can afford to hold on to their properties will choose to wait for prices to pick up again. In this scenario, the supply in the sub-sale market will reduce.

When supply is limited, prices move up again. So, unless our population is declining, it may be difficult to keep prices from dropping forever. It is bad for the economy, it is bad for investment, it is bad for homeowners, and it is bad for first-time home buyers. This also explains why most property recessions or bubbles are followed by very sharp rises in property prices.

In conclusion, the housing being unaffordable is not a new phenomenon in Malaysia. It has been severely unaffordable since 1993 at least or even further back. The coverage that this subject is getting in the media in recent times may have contributed to a biased perception that the problem has become serious only recently.


What can be done to tackle the housing affordability challenge?

Too much attention is focused on reducing house prices, which is only a part of the solution. Other improvements that should be looked into: Focusing on reducing house prices only can be the antithesis to affordable housing. Capital appreciation is good for the economy. Supply in Malaysia is inelastic. This contributes to faster increases in price as demand increases. The supply side needs to be addressed not simply by increasing supply but by providing products that the market demands.

Clearly, affordable housing requires a broader approach. It requires an integrated approach between ministries in the government. It must not and cannot be the sole purview of KPKT.

SIDE NOTE: Before you apply for a housing loan, don't forget to check your home loan eligibility. Just click here to get your report for FREE.