Grab VS MyCar: Which One Is More Cost Effective & Functional?


So, Uber is now out of the picture after being acquired by Grab across Southeast Asia regions. Due to this, many riders were worried if the Grab would hike the price of its services. Fret not!

As the saying goes, "when one door closes, another opens”. In case you didn’t know, there’s a new player in the market called MyCar to even up the playing field. Yay!

Now, here’s the big question - Which e-hailing services offer better service and most importantly, CHEAPER? Grab or MyCar? Let’s unwind everything and let you be the judge.

#1 Which One Offers Cheaper Rates?

As a consumer, we are always looking for products and services that will best meet our needs. Naturally, the first thing that comes to mind is “How much will I need to pay?”. 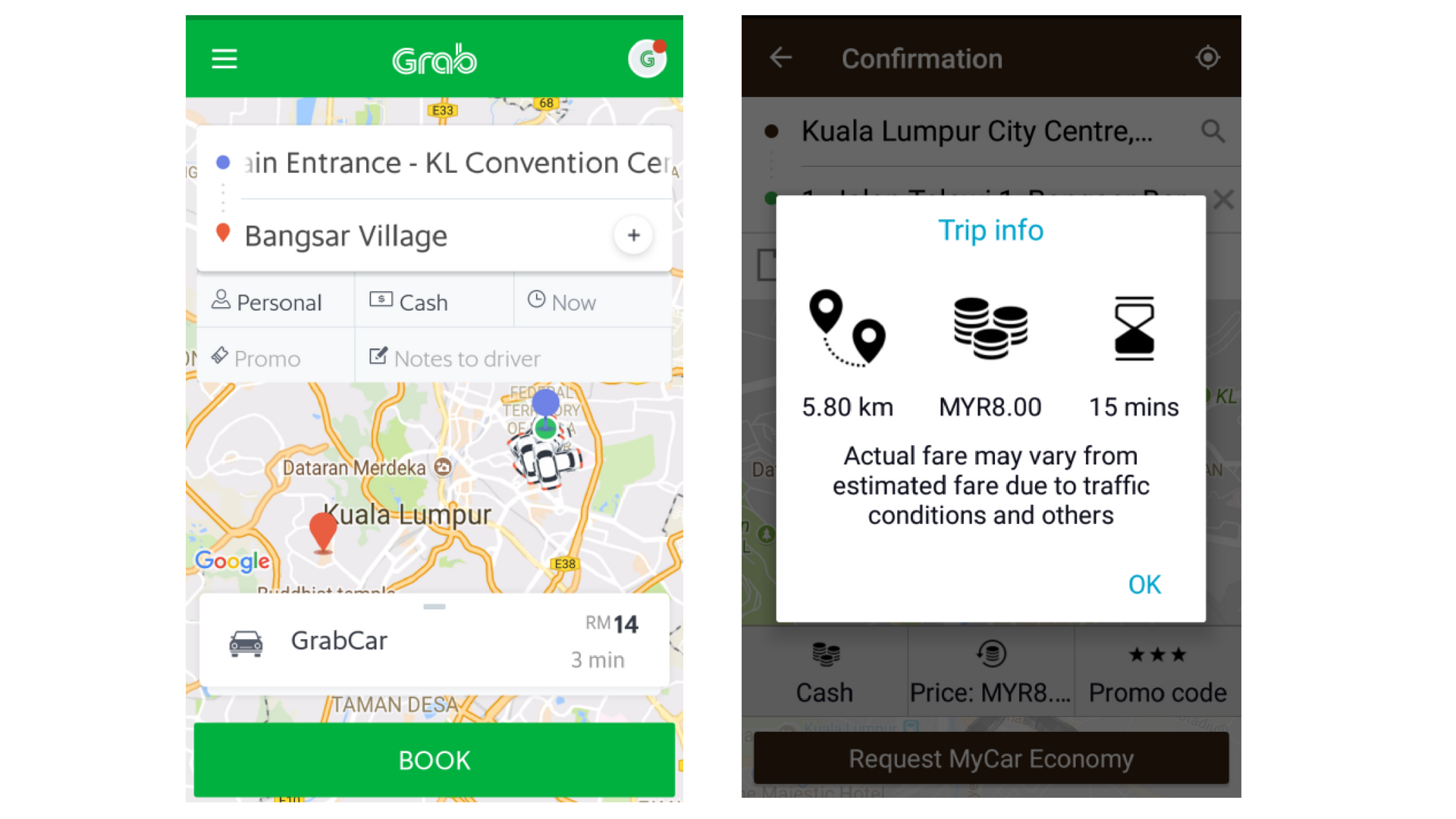 Based on the screenshots above, we can see a comparison between MyCar and Grab, where both are exactly measured with a distance from KLCC to Bangsar Village. In terms of travel cost, it is obvious to state that MyCar is the cheaper alternative with RM8 only, while Grab charges RM14 on its platform.

Not only that, you can also head to KLIA and KLIA2 at a fixed rate of RM59! This is way cheaper than Grab, which is at RM65.

That aside, Grab does practice maintaining its fixed fare service through various initiatives set such as its JustGrab feature that hails fixed fare across GrabTaxi and GrabCar rides at a single tap of the button.

#2 Are The Apps User-Friendly?

In today’s digital world, apps are big and bold in its different sets of functionality and services towards its users. Between these two e-hailing apps, consumers are to remain optimistic and content with the overall experience to ensure sustainability. It all boils down to technological prowess. 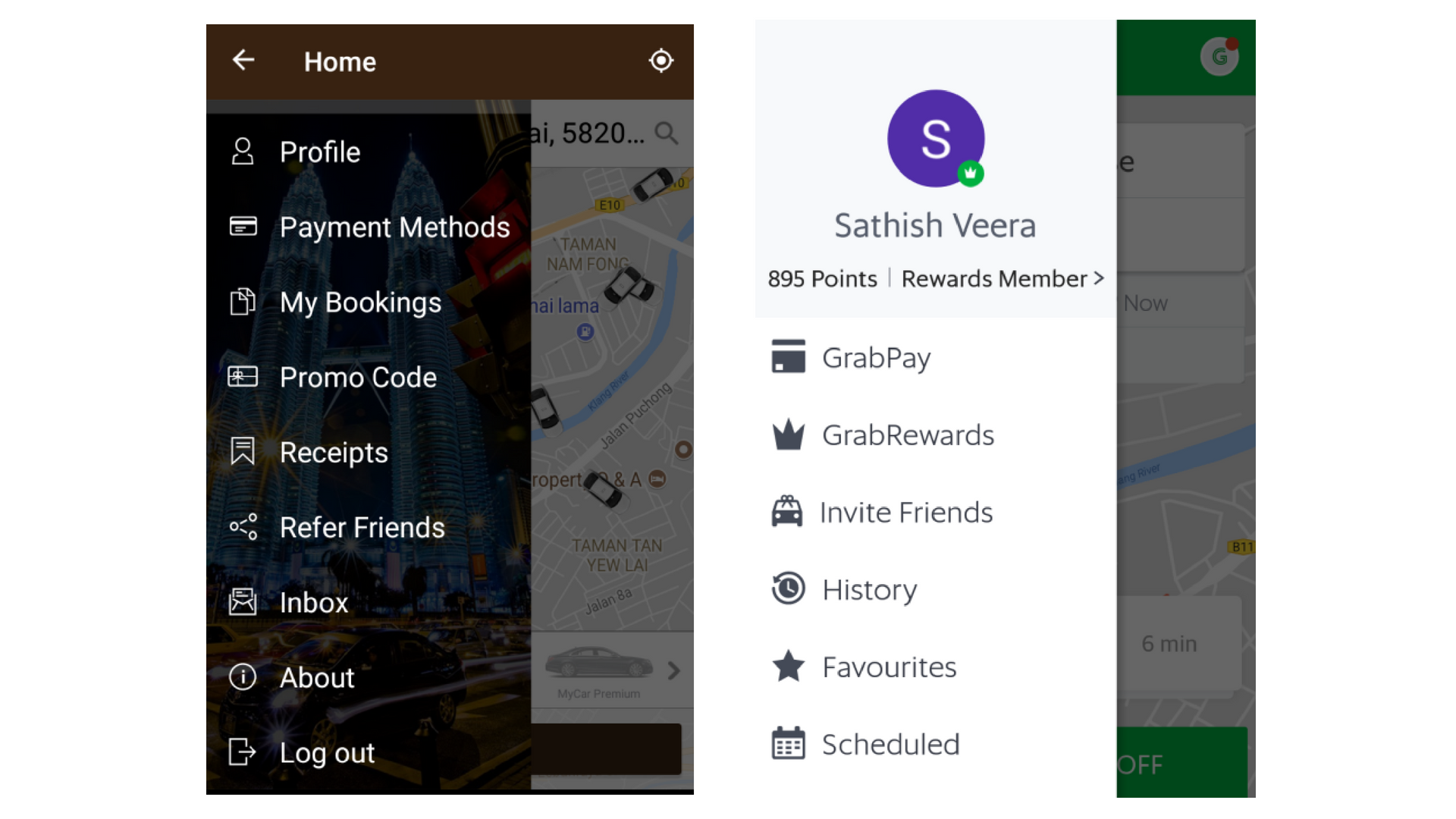 Grab, for instance, presents a well-engineered and organised application to guarantee easier usability especially during emergency moments. The company goes the extra mile in securing an accurate location based system regardless of unfamiliarity with one’s real-time address. This is to prevent confusion or misunderstandings between both the driver and the passenger.

MyCar, on the other hand, works similarly like Grab... except for its inexperience in interpreting consumer behaviour to relate it towards its technological prowess across its app platform. For a start, this app only accepts fares in the form of cash for now. Having said that, MyCar does possess credible interface that matches Grabs’ as seen in the screenshots above.

Despite their differences, both rivals are proud owners of many types of vehicular options for consumers to select upon which adds further assurance and control towards passengers.

#3 What If I have Complaints or Feedbacks?

In terms of quality control, Grab has established itself as the go-to company that effectively and efficiently manages consumer engagement to match quality standards. The company has a driver and passenger cancellation policy to avoid wasted opportunity costs for both.

As for MyCar, it has a lot of upgrading to do including realising its help centre services online that remains to be developed since inception. As of now, riders are able to rate the drivers and give any feedback (if there’s any) after the trip. Other than that, you’ll need to contact their customer service via its hotline or email.

#4 What About My Safety? 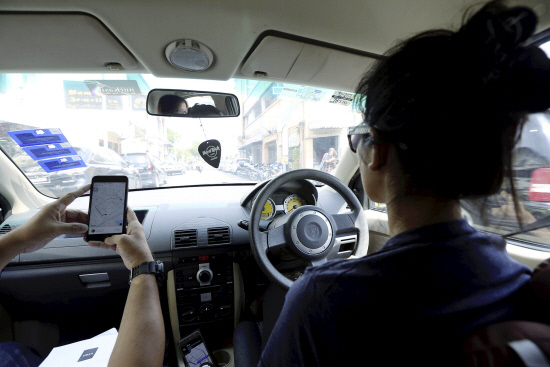 To avoid any unfortunate event, the e-hailing services are often advised to secure the safety aspects that include management of crisis communication and the availability of customer service reps.

FYI, Grab has a feature that allows you to share your ride details with loved ones. This means that they know where are your whereabouts as you are riding with Grab. On top of that, it also has a PDRM’s Support with an in-app alert button to inform the police immediately of any dire situations.

MyCar app is also equipped with an SOS button that can be operated by passengers and drivers, in case their safety is threatened. Additionally, it also performs strict controls that are carried out directly by the competent authorities such as PDRM, JPJ and SPAD  before a driver is authorised on their platform.

Basically, one has been in the game for a while now while the other is still developing its origin story. Due to its vast experience, Grab may seem the dominant winner, but let’s not forget that MyCar is new! That means they are given the benefit of the doubt by benchmarking upon their competitors that may include lesser mistakes.

At the end of the day, it’s all about speed and which one gets to you the fastest as a passenger and also provides value for money for those drivers out there.