Football is undeniably the most popular sport in the world. Though some call it soccer, we'll just turn a blind eye on that. The sport is estimated to have reached more than 3.5 billion fans. With 2.5 billion, cricket is the only sport that comes close. Being well-liked entails earning well. The numbers have reached unbelievable heights, and the trend doesn't appear to be slowing down.

This got us thinking, with their sky-high earnings, most of these football stars would have invested in SUPER ATAS homes that they can kick back and relax in after a long hard day at the pitch. Or perhaps simply an over the top home design that leaves us mesmerised yet somewhat confused when it comes to their practicality. Either way, these 6 football stars’ expensive homes may just be the inspiration you need.

*note; some may already have a new "humble abode" by 2022, yet these mansions still amaze us till this day! No introduction is needed for the five-time Ballon d’Or winner and all-time top scorer for Barcelona and homeland Argentina. Messi is one of those who took the term “bringing work home” quite literally. 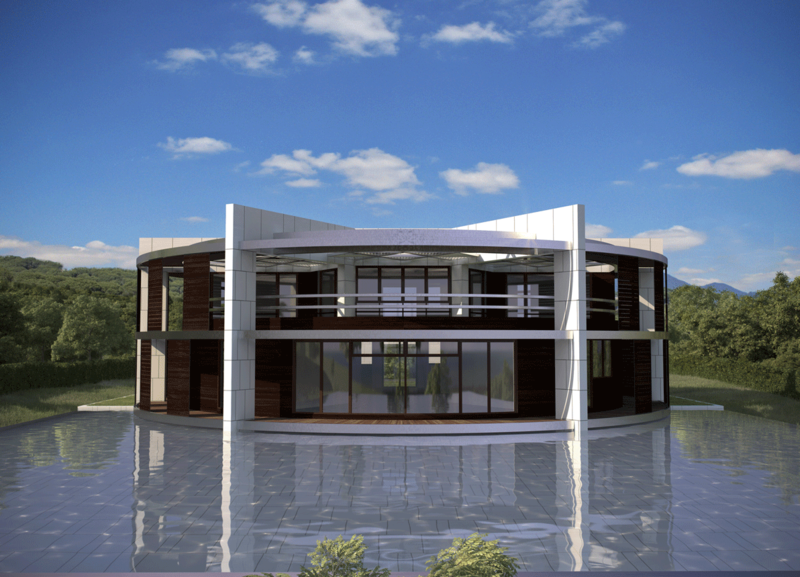 Named One-Zero Eco House, the plot is approximately 35km in size and is divided into two halves exactly like a football pitch with one side occupied by an enormous swimming pool. The main house is structured round to mimic the shape of a football, while the entire building makes the shape of the number 10 (the number he wears for both Barcelona and Argentina). It is also said that the roof of the house is designed to symbolise the Ballon d’Or award. 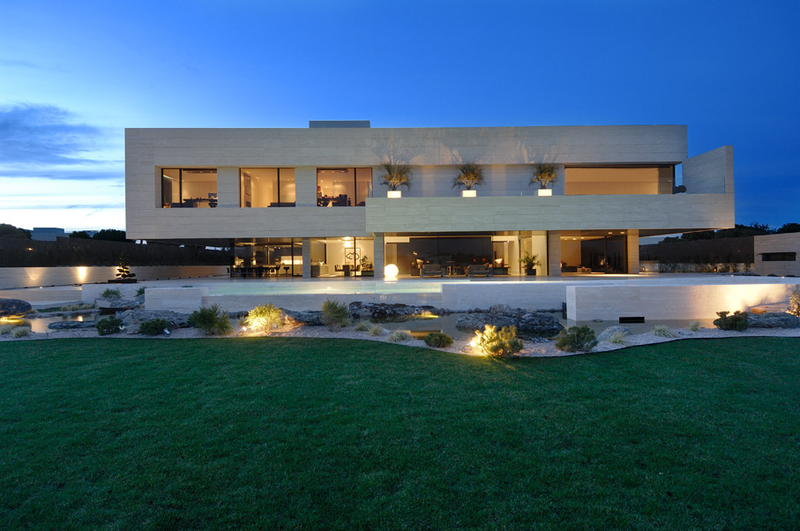 Arguably the best player to ever step foot on the football field, it seems whatever Ronaldo touches turns to gold. With 5 Ballon d’Or awards under his belt and counting, he is the first footballer to ever win the champion league 5 times, with two of the titles won back to back in 2016 and 2017. His La Finca Mansion is a stunning architecture that stands on an approximately 8,600sf lot and, it houses 7 bedrooms and 8 bathrooms. This state-of-the-art house was designed by A-cero, who is regarded as master designers in Spain. Interestingly, the master bedroom where Ronaldo spends half his day in is covered with mirrors, while a portrait of himself hangs on the wall.

Additionally, this house also has a kid’s playroom for his son, Cristiano Jr, and a trophy room to display his many winnings. The swimming pool sits in the backyard along with the garage, and of course, small football pitch. The Welsh superstar started his career with Southampton FC as a left-back. In 2007, he moved to Tottenham Hotspur for EUR7million (RM32,210,432.13). Under the guidance of Harry Redknapp, Bale transformed to become a lethal weapon for his team and was known for his tremendous speed. He was named PFA Young Player of the Year three times in a row from 2011 to 2013. In 2013 shocked the world with a world-record transfer worth EUR100.8 million (RM463,830,222.64) to Real Madrid.

Bale lives in the home formerly owned by Kaka, a Brazillian legend, that is located in the same neighbourhood as Zinedine Zidane, Cristiano Ronaldo and Actress Penelope Cruz. It is one of the most exclusive, high-value areas in Spain, measuring less than a couple of miles in each direction. The two-storey house comes with 4 bedrooms, six garages, a swimming pool, a gym, and two utility rooms. Widely considered one of the greatest midfielders of all time, Iniesta spent most of his career with Barcelona where he was the captain of the team for three seasons. Throughout his career, he has won 33 trophies and two historic trebles (2009 and 2015). He has also bagged the Euro cup twice for Spain and The Fifa World Cup in 2010.

Unlike the rest of the football stars, Iniesta’s house is located in the city. Named after him to symbolise his achievements, the house was built to mimic the look of a museum. The spacious home consists of five bedrooms, a pool with a massive Barcelona logo at the bottom, and, surprise, surprise a chapel. With 57 goals in 89 matches scored for Brazil since debuting at age 18, Neymar is the third-highest goalscorer for his national team after Pele and Ronaldo. Known for his fast-paced dribbling and ability to play with both feet, Neymar has earned comparisons to the legendary Pele. He was named South American Footballer of the year in 2011 and 2012 and later moved on to Barcelona where he won the continental treble. In 2017, he made a shocking transfer to Paris Saint-Germain for EUR222 million (RM1021,531,369.19) making him the world’s most expensive player.

Located in the settlement of Bougival, which is connected to Paris city, Neymar’s stunning five-storey mansion was once owned by the legendary footballer and countrymen Ronaldinho. The massive home has a giant indoor swimming pool with sun loungers, which is located in the basement, with a view of the sprawling 5,000 square-metre garden. Talk about a lavish lifestyle, it also has rooms for other different activities such as a sauna room, a Turkish bath and a massive pool room.

You too can get your dream home!

We know these football stars’ homes’ price tag would cost an arm and a leg, but it doesn’t hurt to look for future reference. In the meantime, we’ve compiled a list of homes that might not be as fancy, but they could be the next best thing – start shopping for your dream home. And once you've got your new rumah, apply for RHB personal loan and start decorating to your heart's content!

Having said that, don’t forget to check for your home loan eligibility so that you won’t face any unnecessary disappointment.


*This article was repurposed from "6 football stars with the most expensive homes", first published on * iproperty.com.my *.  It is intended for informational purposes only. Loanstreet accepts no responsibility for loss that may arise from reliance on information contained in the articles.
Continue reading...