One way to avoid spending unnecessary money is to avoid getting summonses. To do this, you have to be aware of the traffic offences in Malaysia lah. Not only do you save money, but you’re also creating a safe environment for all the road users. Here we’ve gathered some traffic offences that you might or might not be familiar with.

1. Parked up and left the engine running. 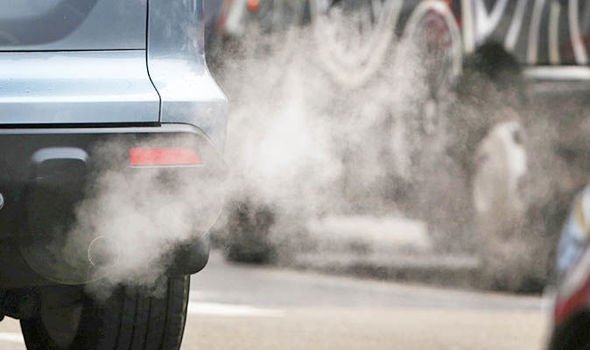 This is something most of us do, right? We get it, parking can be a bish and we just need to do something really quick je pun like withdraw money at the ATM, buy a burger at the roadside or pick up kids from school. But, let’s try not to do this often lah. Not only you’re polluting the air, but you can also kena saman k. You see, it’s important for your vehicle to have a horn. In Malaysia, it’s widely used to show dissatisfaction/anger, but it can also be used to signal pedestrians and other motorists of your presence or approach, as well as to call attention to hazards.

Can you imagine, people reversing without noticing your car, and all you can do is to shout, “Stop! Stop! Stop!” because your horn isn’t working. Confirmlah the driver can’t hear you and langgar your car. Also, if caught driving without horn, a small saman will wait for you.


3. Didn’t turn on the motorcycle headlight during day time. Attention motorcyclists, not only you have to turn on your headlight during night time, but you’re also required to do the same on broad daylight. The logic? To make you more visible to car drivers. Yes, it’s debatable, but that’s the law lah. If you can still remember during the motorcycle driving lesson, it’s one of the things that you need to make sure functioning before you start riding it.


4. Overtaking from the left lane. Sometimes admin does this too (oops). Let’s be real, overtaking from the left lane is so convenient because everybody else seems to hog the right lane and it saves time - you don’t have to wait. But, NOPE. Don’t practise this, it’s illegal. There’s already a signboard saying "Ikut Kiri Jika Tidak Memotong '' which means keep left, except overtaking. Don’t be stubborn because the saman isn’t cheap. Most of us have probably done this before, especially during rush hour or traffic jams. Usually, it’s unintentional lah. But, did you know that stopping your vehicle/ blocking the zebra crossing is a traffic offence? Yup, it is. Kasi chance lah for the pedestrian to be safe while crossing the road. So, let’s be more mindful. 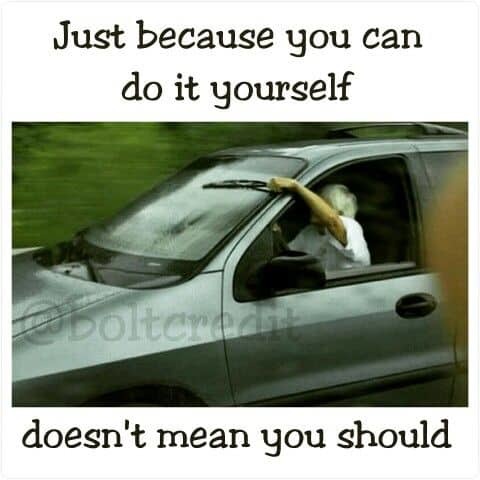 One of the things that we often ignore/overlook is the maintenance of the windshield wipers. FYI, you should replace your vehicle’s wiper blades every six months to a year or as soon as you notice a difference in driving visibility. So don’t procrastinate lah k because you can kena saman also. It might sound ridiculous but it’s true.

The purpose of the bus/taxi lane is to ease congestion and passengers can get to the destination on time. Tak kisah lah you’re driving a car or riding a bike, you’re not supposed to drive in a bus lane. Yes, it looks pretty tempting, but don’t make noise if you’re slapped with a summons because you’re being hard-headed.

Having said that, there are times that you can use the said lane, you just need to be aware of the signs lah. For example, "6 pagi - 8 malam", which means don’t drive there within that time or "kecuali hari Ahad dan kelepasan am”.


8. The speedometer is broken.

Haaa… another thing that we don’t really care about if it’s broken is the speedometer (admin is one of them). So, how do we know the speed? We agak-agak lah. This is not good because what if we wrongly agak and pass the speed limit? Not only does saman awaits you for speeding, but you’ll also kena saman for driving with a broken speedometer if caught. Don’t play-play.


9. The exhaust pipe has no muffler. 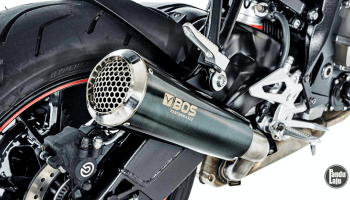 Vroom here, vroom there, everywhere vroom, vroom. Annoying, kan? This is what happens when the exhaust pipe has no muffler. What’s that?  It’s a device that reduces the noise emitted by the exhaust of an internal combustion engine. If you’re one of those people who modified the exhaust pipe to be like this, please know that this is one way to get yourself a summon.

READ: Want to Modify Your Motorcycle? Then You'd Better Be Prepared for This! Walao eh, like this also can? Why cannot wear slippers to drive? Because loose and oversized slippers can get stuck between clutch, brakes and accelerator pedals which can cause a road accident - yikes! But, fret not. This only applies to those who drive a lorry or with Goods Driver’s License (GDL). Have you bought a secondhand car and forgot to change the ownership? If yes, you have invited trouble for yourself based on Seksyen 14 Akta Pengangkutan Jalan 1987. In case you didn’t know, transfer of ownership must be made within 7 days after the purchase of the vehicle made. Not doing so is an offence walaupun not that expensive.


12. Using a mobile phone while driving. 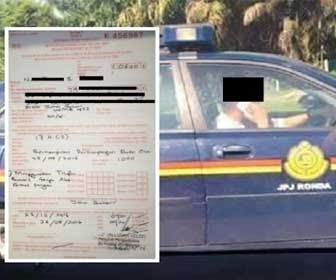 We all know it’s an offence to use or hold a mobile phone while driving. This includes using it while waiting at traffic lights or in traffic jams. Did you know that JPJ had given a summon to one its officer too? That’s how serious the offence is. You can read about it here.

The Star reported that research by the Malaysian Institute of Road Safety Research (MIROS) found about 54% of drivers studied admitted to having at least once been involved in a road accident after drifting off to sleep. Now, that’s alarming k! So, if you ever feel sleepy, do yourself a favour; stop at nearest R&R or anywhere safe and REST! Because this is considered reckless driving and is an offence under K.10 RTR Seksyen 119(2). We’d probably have done it before - to drop off and pick up your friends, father, mother, siblings or passengers (if you’re an e-hailing driver) at the bus stop. Although this is like a pretty common thing in Malaysia, by rights (K.12(3)RTR Seksyen 119(2)), we’re not supposed to do so because we’re blocking the bus. And, if caught in the act, the fine is pretty hefty wor. So, careful k. There are many reasons why people drive without a valid road tax and insurance. Some forgot they had to renew, some are procrastinating because they are too lazy to face the long queue, some delay the renewal because there’s not enough money to renew insurance, while some just think luck will be on their side all the time. FYI, you’ll not get a compound if you’re caught. You’ll be asked to go to court instead. The judge will listen to your reasons and decide what to do with you.

So, if you’re one of them, please lah go renew k or else you’re exposing yourself to the potential risks like the losses in an accident. It’s not that hard. Loanstreet provides a platform for you to renew your car or motorcycle road tax, as well as insurance within minutes.

Compound: None (See you in court)

There you have it. The moral of the story here is “Jadilah pemandu yang berhemah”. If you want to know more about other traffic offences in Malaysia, click here for the full list. Don’t forget to share it with family and friends ya!