Too Many Public Holidays Are Bad for Us & the Economy. Sure Ah?


Do you know what Malaysians love? Besides our scrumptious local food, sales and *cough* subsidies *cough*, we looooove our public holidays. We even have people strategising when to take extra leaves for next year’s public holiday already. That’s how gung-ho we are about it.

All fun and joy aside, although public holidays are seen as extra days to rejuvenate and spend time with family and friends, most employers are somewhat annoyed with the many public holidays.

One of them is Top Glove Corp Bhd’s Chairman, Lim Wee Chai. He said that too many public holidays may not be good for productivity and efficiency. Lim also felt that unplanned or ad hoc public holiday is disruptive for business and shared the estimated salary cost for one additional public holiday in Malaysia is about RM1.5 billion per day.

Not to be a party pooper, but he has a point. Public holidays are like McDonald’s... in a way. They can make you feel really good for a short while, but they’re not always beneficial in the long run.

Before you #kecam, hear us out. Here are some points on why public holidays are bad for us and the economy:

1. We tend to splurge during public holidays.

Yeah, some of us indeed prefer to stay in our cave during public holidays. But, for some us, it’s kinda hard to stay at home and hibernate. So we end up eating out, do some window shopping, and if it’s the long weekend, we’ll venture out of town to go to the beach lah, mountains lah, foodie trip lah, balik kampung lah and more. According to the Conference Board Global Consumer Confidence Survey in collaboration with Nielson (Q2 2018), 43% of Malaysians spend their spare cash on holidays or vacations. Tak kisah lah if ringgit is falling or not, Picodi shared that an average Malaysian spends RM1,592 per holiday.

Now, we’re not saying that it’s a bad thing. However, if we’re not careful with our expenditure, it can snowball into a dangerous habit especially when it’s an adhoc holiday. We can’t always make the most out of every long weekend or day off - it’ll backfire.

It’s commonly understood that government offices and financial institutions are closed during public holidays. This means that any type of application or transaction is halted on those days. If it’s a planned public holiday, it’s still alright  - we’re adult enough to plan our days.

But, it’s kinda annoying when it’s not and you have things to do. Can you imagine the feeling when you expect a cheque to be cleared tomorrow, but gahmen said esok cuti, now you have to wait? Potong stim, wei.

Businesses that deal with services and manufacturing also find a sudden public holiday a pain in the rear end. This is because it would affect planning and decisions across the entire manufacturing supply chain. According to Bank Negara Malaysia (BNM) Staff Insights, the cost to rescheduling logistics services and inventory can cost businesses additional RM19 million to RM38 million.

To those who aren’t familiar with the term GDP, it’s one of the most common indicators to gauge the health of a country's economy. It represents the total monetary value of all final goods and services produced (and sold on the market) within a country during a period (usually 1 year).

For businesses, public holidays means that they have to compromise their production yield which also lowered productivity. It also means that the businesses are not contributing to GDP on that particular day.

Based on a 2012 study by the Centre for Economics and Businesses Research (CEBR), they estimated that each bank holiday costs the British economy GBP2.3 billion (RM11.8 billion) through lost productivity. On average, this represented a 0.16% reduction in the country’s GDP.

But, if you look at it in a different light, they do have positive impacts such as...

Like what we mentioned earlier, we’ll be spending extra moolah during public holidays. This may be bad for us, but not the economy. Why? Because the negative impact on the economy could somewhat be offset with the spending of the consumers within these sectors, domestically. 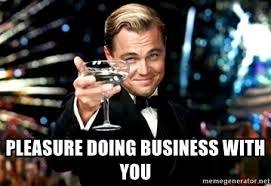 BNM reported Ramasamy, Yeung and Au (2008) found that extending holidays by a day in a quarter in Hong Kong SAR increases private consumption expenditure by 0.66% for the quarter. This means that the quarterly GDP would increase by 0.34% per extra holiday.

The same can happen in Malaysia. BMI Research forecasted household spending on restaurant and hotels, and recreation and culture will grow by an average 8.6% and 8.4% annually between 2017 and 2021, and be worth a projected RM110.5billion and RM74.4billion in 2021.


2. Businesses will have more productive employees

In 2017, a local daily reported Malaysian Employers Federation (MEF) Executive Director Shamsuddin Bardan alleged that Malaysian productivity is low because you know, holidays. He suggested that the government should increase the number of working days and re-look at some of the leave provisions.

But, according to Regus 2011 global survey, 47% of workers in Malaysia take tasks home to finish at the end of the day for more than three times a week, compared to 43% globally. On top of that, 15% of Malaysian employees regularly work for more than 11 hours a day, compared to 10% globally. We feel like this working ‘trend’ still carries on until today.

The 15 public holidays and off-days would surely help the employees in Malaysia from burning out. CNBC shared that time off doesn’t have to translate into lower productivity. 9 of the top 10 most productive countries in the Organisation for Economic Co-operation and Development (OECD) in 2015, measured by GDP per hour worked, were in Europe.