Here's a List of the Top 10 Most Searched Areas by Malaysian Homebuyers in 2018!


What does a “home” mean to you? To some, it might be the comforting bed that you can’t get out of in the mornings, and to others, it might be the pair of loving arms that await you at the end of a long day. Whatever your personal reasons may be, there’s no denying that practicality needs to be taken into consideration as well, especially when it comes to choosing the right location since you’ll be buying your way into the neighbourhood too.

Thanks to our friends over at iProperty.com.my, we’ve managed to get a list of the top 10 areas that had the highest number of searches throughout their site, from January to November 2018. The search data is captured by their big data solution, iPropertyiQ.com, and for each area, the popularity is displayed in terms of percentage (%).

These residential hotspots are brimming with unique history, great transportation infrastructure and more shopping malls than you could ever need. So, let the countdown begin!

Coming in the tenth spot is Johor Bahru. Did you know that the capital of Johor is named after jewels or “Jauhar”, its Arabic translation? Burgeoning with wealth, job opportunities and massive development projects, Johor Bahru has always been a favourite among property hunters.

Not to mention, the Johor Bahru-Singapore Rapid Transit System (RTS) which is scheduled for completion in 2024, will help to welcome in many impactful changes with positive multiplier effects. This rail line will help to reduce traffic congestion along the Johor Causeway by up to 15%. You can’t get more atas than this posh neighbourhood, and you can’t find a place more centralised either. With a location to die for, Mont Kiara is surrounded by numerous major highways including DUKE, NKVE, Penchala Link and Kerinchi Link.

Its residents love the convenience of having everything within easy reach (think: various malls and quality international schools) in just one area, and you’d love how many expatriate neighbours you’d have for you to mingle with and learn from! Ampang was historically a tin mining town, and its name means “dam” in the Malay language, so called in reference to the dams that the miners once built. Today it boasts some of the most glorious views of Kuala Lumpur in addition to the great connectivity via the NPE and AKLEH highways.

Also, it’s a haven for all foodies. It doesn’t matter if you want to splurge a bit or save money – RM1 doughnut from Donut Gebu Al Jabbar, anybody? Or how about Roti John from Big Eat Kitchen? Sorry, we lost our train of thought for a moment there (sigh, if only we lived there)! Sure, the traffic jams here are a killer but according to data, quite a large number of people feel that the benefits of living in the city centre far outweigh the less-than-desirable commuting experience. For business or leisure, you can be sure to find everything you need in just one address. 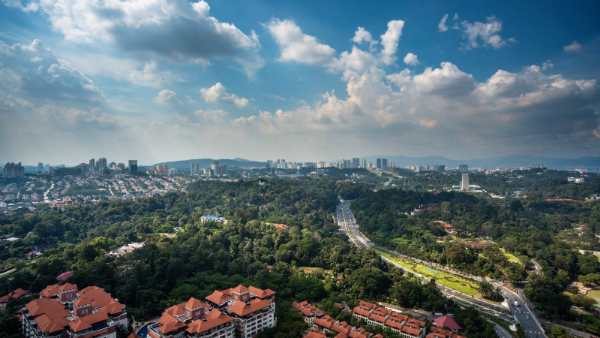 Damansara may be a suburb located within Petaling Jaya, but it’s a city in its own right. Known as one of the most densely populated areas in Malaysia, it has numerous townships within, including Damansara Perdana, Damansara Heights, Kota Damansara, Ara Damansara and Bandar Utama.

This hot suburb has a lot going for it: parks and perfect little cafes – there’s no shortage of places to hang out in. Meanwhile, Uptown Damansara is a thriving commercial hub which houses many MNC companies, and shopping is easy-peasy with malls like The Curve, One Utama and The Starling. 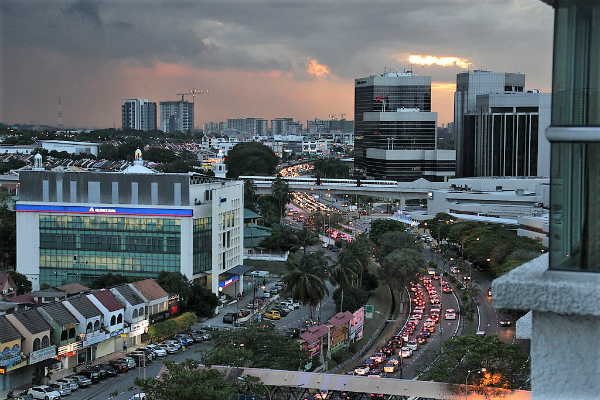 Densely populated, Subang Jaya has everything prepared for a home-seeker especially if you’ve got young ones or starting a family. It’s especially known for its bounty of schools and well-known higher education institutions. Pretty much everything is within walking distance: malls, food, entertainment – you name it, you got it!

It all started out with just a humble cluster of houses built between Federal Highway and Shah Alam Expressway (KESAS) in the late 1970s. This area, which now consists of SS12 to SS19, is spread across central Subang Jaya. And today, it covers a larger area of the original SJ township, UEP Subang Jaya (USJ) and Putra Heights. This beautiful city is Selangor’s state capital and it’s got a life of its own including family-friendly attractions and shopping hotspots. Shah Alam is also known as the ‘City of Digital Lights’ thanks to iCity, a 72-acre expanse decked with lights, ice sculptures and activities galore.

The fun doesn’t stop there, with residents having access to exciting activities such as rock climbing, paintball, cultural events and book communities. Fun fact: In local communities, this area is sometimes fondly referred to as the capital of roundabouts, thanks to the numerous you’ll find peppered about. Did you know that Petaling Jaya only gained its city status in 2006? Also known as PJ, it was once a small town that only measured 2.12 sq km in the fifties, but has since transformed into one of the most important cities in Malaysia.

Due to its close proximity to the KL city centre and consisting of an abundance of commercial, residential and business districts, Petaling Jaya remains a popular choice amongst urban dwellers, home-seekers and visitors looking for something different. A quick history lesson for those who are unaware: sometime in 1900, the herons (Malay: Burung Puchong) were aplenty and is probably how the area got its name. What was once a tin mining town only began to rapidly develop circa 1985 when the mining licenses expired.

A few years ago, Puchong being the #2 most searched place in Malaysia would have come as a surprise. But not today. With vast improvements in its transportation infrastructure coupled with new townships being introduced by various developers, Puchong is now an attractive option to home-seekers. Visitors would be amazed as to how many tamans there are in Cheras. At every turn, you’re bound to bump into a signboard displaying a dozen taman names. But that’s not the only thing unique about it; did you know that Cheras holds the distinction of having two municipal councils (Selangor and Kuala Lumpur) governing its borders?

There’s definitely something special here for it to reach the first spot on everyone’s search list. Could it be IKEA? Or maybe it’s their famous pasar malam over at Taman Connaught? Perhaps it’s the 11 MRT stops within the area alone! Whatever the reason may be, the rapid urbanisation is proving to be beneficial as it’s already drawing in the crowd of potential buyers!

If any of these areas have caught your eye and you're ready to purchase a property in one of these hotspots, check out our Comprehensive Home Loan Check to find out how much your maximum borrowing ability for housing loans is. Once you have a general idea, you can then proceed to search for the best loans available with our Home Loan Comparison tool!


This article was repurposed from "Top 10 most searched areas by Malaysian home buyers in 2018", first published on iProperty.com.my