We pretty sure y’all heard the news that the government is proposing to replace the current highway toll system with a congestion charge system. According to the official statement, this is part of the new government’s action plan to fulfil their manifesto pledges last year,  which is to take over highway concessions and gradually reduce toll rates according to the terms in concession agreements.

Right now, the government are negotiating with Gamuda Berhad on the acquisition of highway concessions. Why Gamuda? Because the company has a majority stake lor. Anyway, the highways that we’re talking about here are the Lebuhraya Damansara Puchong (LDP), Sistem Penyuraian Trafik KL Barat (SPRINT), Lebuhraya Shah Alam (KESAS) and the SMART Tunnel.

So if you’re living in Klang Valley and are using these highways on a daily basis, this should be part of your monthly budget concern. Here’s what you need to know...

If the government successfully takes over of the highways, they intend to ABOLISH THE EXISTING TOLL SYSTEM

But of course lah there’s a catch - definitely. The government is also proposing a congested charge system like below to reduce the traffic: The Prime Minister Office further explained that the revenue collected will be used for the operations and maintenance of the highways and repayment of borrowings. If got extra moolah, they’ll channel it to the national public transport fund to improve the quality of the public transport.

When this plan was first announced, there are loads of mixed reactions. Some are pretty neutral about it, while others may feel slightly dissatisfied. Even our former Prime Minister, Najib Razak, had something to say about it.

“It is illogical, given that the time for no charges is when people go to sleep…. Who will stay awake from 11pm to 5am? Only ghosts, drinkers, LGBT and those who are looking for customers….” Walao ehhhh... that was a very ‘wise’ statement. Well, we’re not sure what reality he’s living in, but we’re pretty sure there are people who are working night shifts in Malaysia like nurses, doctors, people in the service industry, those who need to work overtime, etc. Also, if the government gives FOC congested charge during peak hour, memang very fast bankrupt lah this country. No one wins if this happens.

Anyhow, it’s understandable why some people aren’t happy with the arrangement because abolishing the existing toll system means no more paying for tolls. But now the government say need to pay, mestilah we get frustrated. It’s like playing with our heart like that.

That been said, we also need to try to understand that the process to abolish the toll is not as easy as cancelling what you ordered at the mamak or like that Ariana Grande’s song, “Thank you, Next!”.

Also, please bear in mind that this is still in a planning stage. So there’s a lot of other important questions that need answers such as: How will the charging system be? Got vehicle exemptions or not? Motorcycles need to pay also or what? If use hybrid car can get discount summore not? When exactly is peak hour?

Why can’t the government just simply abolish the toll instead of replacing it with congestion charges? Yes, a toll road doesn't always stay a toll road forever like that Batu 3, Shah Alam toll, for example. If the road construction cost has been recovered from the tolls collected, they can be removed.

And of course, this will bring benefit to the rakyat. Kaladher Govindan, TA Securities Holdings Bhd Head of Research shares: “[Abolishing tolls] should lower operating cost for businesses, which will lower prices of goods and services along the supply chain and contribute to higher corporate profits in the long run.”

However, there are reasons why the government are proposing to abolish the current toll mechanism and replace it with the congestion charge.


1. Our country’s financial capability isn’t in its healthy state

Based on our Deputy Finance Minister, Datuk Amiruddin Hamzah statement, the government can abolish tolls, but it has to be done in stages by taking into account the country’s financial capability. Hence, the congested charges.

It’s no secret that our country has a huge amount of debts to settle. If the government abolish the tolls, they will not have enough funds to maintain the roads and build other projects. Since money doesn’t grow on trees and the country’s financial state is kinda sad at the moment, the government need to raise the tax on the general public to get more fund if the government decided to remove the tolls completely. And, that won’t be fair to those who don’t drive.

2. Most of the tolls in Malaysia aren’t owned by the government 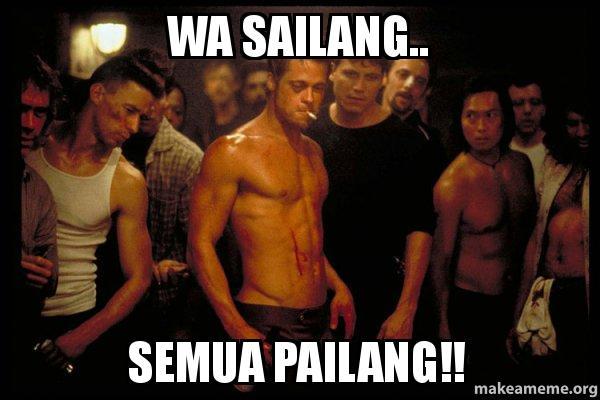 Yup, the tolled roads are mostly owned by the concessionaires (highways operator), which happens to be the contractors who build them, in most cases. The government can’t just sailang the tolls like in the KL Gangster movie, you know. There are agreements and a lot of money involves in order to acquire the tolled roads.

According to our Finance Minister, Lim Guang Eng, the acquisition is expected to take up to six months to fulfil legal, regulatory and financial requirements. The government also need to raise money and service the loans in order to buy these tolled roads, which is why they proposed the congestion charges.

Most taxpayers will surely say, “I pay tax for what then? Why not use that money leh?”. Well, it’s true, but again with the amount of debt the country is in, we feel that they need to raise more money. And, we do hope the current government is smart enough to use the money wisely.

In December 2018, Lim shared that the government will have to fork out RM994.43 million in compensation to 21 highway concessionaires for them to not raise toll rates in 2019. In a recent statement, he also mentions that if the government wants to maintain the existing toll system and freeze the charges until the end of each concession period, taxpayers would have to pay RM5.3 billion. Which is why they want to buy these highways.

Also, with the congestion charges in place, toll users will save as much as RM180 million per annum immediately. Well, we feel that it’s better than increasing the toll price. Don’t you think so?

So, what is this CONGESTION CHARGES?

First of all, NO, it’s not a REBRANDING strategy like from BR1M to BSH. It’s actually a new mechanism that charges you as a road user because of the excess demands. This is implemented at the tolled roads heading towards the city centre.

There’s an economic theory behind this mechanism. As what Wikipedia said: “The objective of this policy is the use of the price mechanism to make users conscious of the costs that they impose upon one another when consuming during the peak demand, and that they should pay for the additional congestion they create, thus encouraging the redistribution of the demand in space or in time, and forcing them to pay for the negative externalities they create, making users more aware of their impact on the environment.” London Congestion Zone
Just so you know, the congestion charge isn’t a new thing. Cities like London, Stockholm, Milan and even our neighbour Singapore have implemented congestion charging for their road users - so far it has brought a positive impact.

As the name suggests, it sure reduced the rate of the traffic jam. Let’s take London for example. When the city first implemented the congestion charges system back in 2003, traffic in the city was reduced by up to 25%.

Meanwhile, in Stockholm, the city saw over 20% reduction in traffic during the six months congestion charging trial in 2006. When the trial ended, its traffic volume returned to normal again. What makes it interesting is that the traffic reduced by the same amount after the congestion charge was reintroduced.

If the same can happen here in Malaysia, specifically the KL city centre, it’ll be wonderful. As road users, we can agree that traffic jams aren’t fun - you lose time, money because of petrol and confirm can give you high blood pressure.

And, don’t forget what it’ll do to our environment - less carbon footprint means less pollution; better air quality. Perhaps it’s time to stay woke about this too, right?

But, can this new system work in Malaysia? Well, looking at the examples, it’s proven that the congestion charge mechanism can bring a number of benefits if done right. But, whether or not this will work in Malaysia depends on how we adopt the best practices that would fit the need of the rakyat and without burdening them.

And if the concept of the congestion charge is the same as other countries that have done it, which is to lessen the traffic that enters the city that the government need to also consider about the alternative roads heading to the KL city centre that are also congested. So, should they install new tolls and create more new debts? Should they close the roads? Or is it something like, “if you don’t want to pay, then use the alternative roads”? How about the payment method?  Because clearly, that’s also causing the extra jam when people forgot their TnG card have no money.

In short, the mechanism is still unclear, so it’s best to have an open mind about it with a pinch of salt. Let’s wait for our Finance Minister, Lim Guan Eng to give us more insights - hopefully soon.

Whatever it is, don't forget to renew your road tax and insurance okay. You can do that via Loanstreet. Just click on the image below for car or if it's for your motorcycle, click here.