6 Ways to Kiamsiap Your Nightlife Activities


Malaysians, there’s no shame in admitting that “Aiya, weekdays very jialat leh, must work so hard,” is a thought that we are probably too familiar with.

This is why we try our best to fly straight out of the office the moment the clock strikes 6.00PM. Nightlife calls, after all, and what better way to relax than having a few drinks at your favourite lepak spot with your friends?

Unfortunately, it’s also no secret that nightlife activities do not always come with a cheap price tag, which is why we tend to treat them as luxuries to be enjoyed occasionally.

The good news? It doesn’t always have to be that way. A small change can do a whole lot of good — especially when you spice things up the kiamsiap way!

If your nightlife activity revolves around dining at an atas place, calm down, because you don’t necessarily have to burn a hole in your pocket by paying for expensive food. Makan at the nearest hawker centre or mamak before heading out instead! Have a filling meal at a much cheaper price, and when you get to the chosen restaurant later that evening, just enjoy some light bites or share a bigger dish with a friend.

You might end up looking like a truly kiamsiap snob, a small eater, or someone who’s trying very hard to save up — but that’s a small sacrifice to make for an affordable good time, no?

… catches the worm, they say, and — ironically enough — the same applies in the nightlife scene. 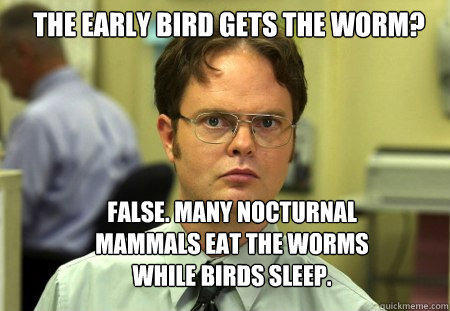 While most clubs and bars get their parties started as early as 9.00PM or 10.00PM, many guests seem to excel at Malaysian timing here by only arriving around an hour or two later.

What they may not know? Drinks are sometimes cheaper before the crowd arrives, which is why you should start your night early by heading to the club as soon as it opens. For instance, a bottle of alcohol can cost less than RM340 before 12.00AM, but can easily go beyond RM350 after 12.00AM.

You won’t get a packed dance floor, but at least you get to party and still make it home in time to get enough sleep before work tomorrow!

They also say that having kabel and lubang is the key to success, but you might be surprised to know that this works even in the world of nightlife activities. Feel free to mingle when you’re out painting the town red. You might meet someone who can help you get on the guest list the next time you visit your favourite club, for example, which means you won’t have to pay the entry cover charge that costs between RM25 to RM50 per person on average.

Just remember to stay safe while doing this, and do not hesitate to call for help if you find that someone is getting a little too friendly with you. Yes, there are things which go bump in the night, but this does not have to be one of them.

If you’re a fan of heavy drinking, you’re probably going to end up feeling really sore the next day — and not just physically, since alcoholic beverages aren’t exactly gentle on the wallet. So, why not do a little pre-gaming before heading out? Just drop by your neighbourhood’s favourite convenience store or thaani shop to grab your preferred drink at a far cheaper price - RM10 for three cans.

These drinks may not be as fancy as the ones you find in a nightlife venue, but if you’re part of the 18% of nightlife activity seekers who drink more than five glasses of alcohol each time they head out, you’ll end up saving a great deal of money.

Here’s a neat little trick: rather than spending money only on alcoholic drinks and drying up your savings, keep yourself — and your wallet — hydrated by drinking water in between drinks.

This fills you up and also prevents you from getting drunk too quickly, which is good news, because we don’t always make very rational decisions when we’re mabuk and often end up drinking more than we can actually afford to.

You’ll still keep your gaya too, because a glass of water with ice looks like a glass of vodka on the rocks from afar anyway! Just don’t let anyone sniff or have a sip of your beverage.

Believe it or not, dressing up like a celebrity and getting your friends to act like you’re someone important does have its perks — especially when you’re around Malaysians who can’t get enough of influencers. Put on a killer outfit, throw on some accessories and a pair of sunglasses, and strut confidently into the club like a boss. You’ll grab the attention of those around you and a couple of free drinks along the way too, along with other perks like free access to the club’s VIP section.

If that fails, at least you know you’ll spend the night looking like a star anyway, and that you’ll have a whole lot of Insta-worthy pictures to be shared the next day. As long as you don’t get too drunk, of course.


There you go! Six easy ways to kiamsiap your way into the nightlife scene for an unforgettable evening. They may seem rather absurd, but when you wake up the next day and treat yourself to some nasi lemak and teh tarik to ease that hangover, we’ll see who has the last laugh knowing that you saved a whole lot of money and still had a blast.

Or, if you’d rather let loose and just pay for everything with your credit card and call it a night, why not do it with one that gives you perks and rewards for doing so? Here’s how you get one that suits you perfectly!
Continue reading...