"My Journey with AKPK, the Savior of the Financially Distressed"


I am a retired Fellow, previously lecturing to MBA students in one of Malaysia’s premier post-graduate institution, Putra Business School, UPM, Serdang. I am humbled to write on the Credit Counselling and Debt Management Agency (AKPK) as I have used the tenets of AKPK in my Personal Financial Management (PFM) class. Personal Financial Management is an optional subject for students doing specialisation in MBA, Finance.

Essentially, PFM tutors students on prudent fiscal management; in handling of their investment portfolio, the various types of investment classes from shares, precious metals, unit trusts, fine art, Wills, insurance, housing loans, debt management and judicious use of credit.   Before I digress further, the facts on AKPK should first be extolled, for many might not be in the know.

AKPK celebrated its 15th Anniversary (2016-2021), on a modest note, presumably due to the Covid-19 restrictions on the social gathering. It was established in 2006 by Bank Negara to assist Malaysian consumers, mired in debt, with a structured debt management programme. The consequences, if AKPK services were non-existing, it would have caused countless Malaysians to be declared bankrupts and inevitably become unproductive members of society with spill-over social problems. 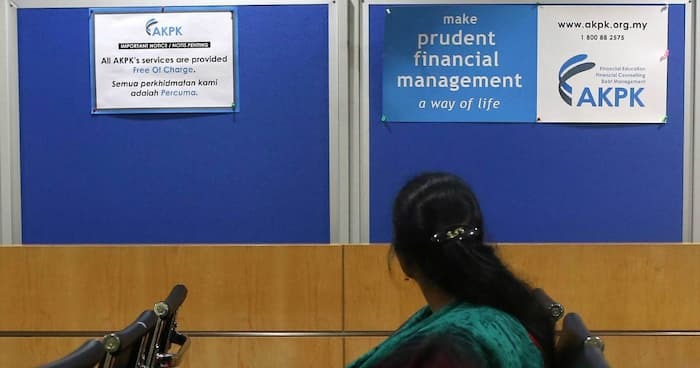 As of 2019, cumulatively, AKPK has counselled 1 million cases and 295,000 cases in the debt management programme respectively. Its financial education programmes have reached out to 5 million adult consumers. The marketing and promotion informative content has been posted on traditional and digital media, with an outreach of 31.1 million (data extracted from AKPK Annual Report 2019).

Although AKPK started off with financial advisory and management services for the consumer, it has evolved over the years to assist all levels of society; from the wage earner, members of the uniform services, small and medium enterprises, the retrenched and to retirees with the advice of retirement financial management.

The role of AKPK is much more vital in this time of Covid when SMEs are all burdened with reduced revenue and increased debt and with an uncertain future. AKPK has shown its mettle in handling consumer debt and this experience will prove handy in assisting SMEs. According to the Statistic Department website, the contribution of SMEs to GDP for the year 2019 was 38.9% or RM552.3 billion.

The function of AKPK is not merely as a debt management agency rather its role is noble as it mends marriage and rebuilds broken homes because money issues will always creep into social lives. In my findings on the divorce rates among Malay Muslims for the year 2019, the record from the Statistic Department showed 45,502 cases, the numbers have been increasing over the years and 80% of the divorces in Malaysia are Malay Muslims since 2015.

In fact, 2015 had the highest number of Malay Muslim divorce at 63,463 cases. A Malay Mail online article of 2016 quotes a JAKIM official verifying that 156 Malay Muslim couples divorce on a daily basis (extracted from UIA paper by Luqman Zakariyah,2018).

One of the reasons cited for the high divorce rate is the poor handling of financial resources. As the median age of marriage for male Malay Muslims is 27 years and 26 for the female whereas for non-Muslims, the median for males is 30 and 28 for the female, thus being young, the Malay couple lacks the maturity in handling finances. (Data from Statistic Department website)

It's noteworthy that AKPK recognised that financial education is imperative for Malay couples and AKPK has been in collaboration with JAKIM in providing education on financial management to Muslim couples, Muslim entrepreneurs and Syariah practitioners and this will ultimately cascade downwards to the Muslim populace.
AKPK also had conducted many sessions with youth-based agencies and the Youth Ministry on financial management and this is the way forward in inculcating prudent financial behaviour amongst the youth, the future bastion of Malaysia.

In one of my Personal Financial Management class, I had instructed the students to do the average cost of marriages in Malaysia, according to the three major groups, i.e., Malay, Chinese and Indian. I was inspired by an article on the website of AKPK on the debt incurred post-marriage and borrowings via credit cards that saddles young couples with crippling debt and possible bankruptcy.

The students prepared a template of items necessary for marriages i.e., invitation cards, booking of venue, expected number of guests, cost per head for the wedding meal, gifts or “hantaran, rental of wedding dresses, etc. The students also did a comparison in engaging a wedding planner. Even the expected returns of monies that the guests might give were tabulated but on a conservative basis, this figure was derived from the wedding of their siblings. The cost for the weddings has to be actual and derived from the printers, hotels, wedding planners and substantiated with documents.

Interestingly, my students found that Indian marriages, even with the least expenses, cost the most due to cultural requirements of offerings of gold jewellery and expensive Kanchipuram or Banarasi sarees to the bride. The “thali” or sacred wedding thread that the bridegroom would wear around the bride has to be gold and it symbolises love, respect and dignity.

Chinese weddings are more of “saving face” or putting it bluntly, showing off of one’s hierarchy or standing in society. For example, one of my student's father was a retired Headmaster of a Chinese school in Mambang Di Awan, Perak. I assure you that Mambang Di Awan is not a dialogue from P.Ramlee’s movie,”Pendekar Bujang Lapok” but a quaint little town in Perak. My student’s father wanted a posh wedding dinner with a large number of tables for his guests, due to his position as the ex -Headmaster. My student’s computation using Excel spreadsheet showed that he will have a payback period of 5 years to settle his debt for the wedding dinner. 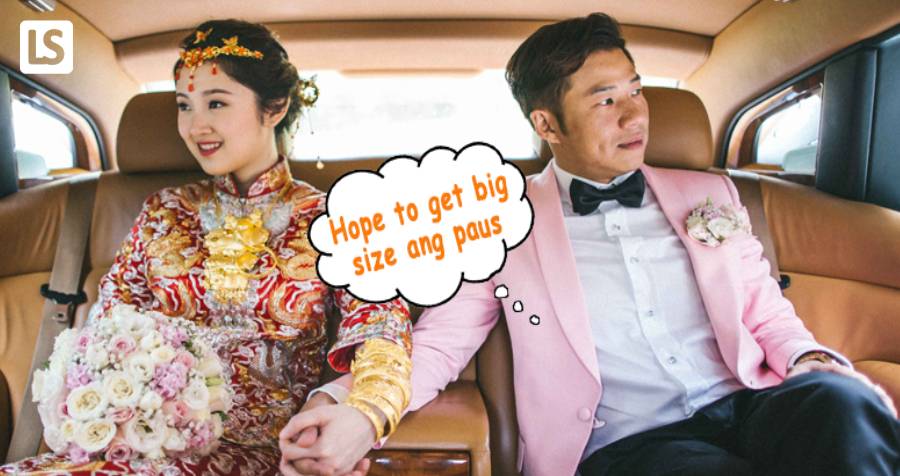 ALSO READ: Malaysian Wedding Ang Pau: How Much Money Should You Fork Out?


The joy of being a lecturer is when your students thank you for the knowledge or how they had benefited from the lecture. My student approached me and said,” Sir, I called my father after I had reviewed the costing and told him that I can only allocate three tables for him and not the eleven tables that he had asked for and I told him of the huge expenses that will be incurred”. He further added, “I am glad that my father saw reason in this and agreed to my request, thank you, sir, as once you put the expenses to a spreadsheet, you will see the bigger picture as you have explained during the lecture.”

Meanwhile, the Malay weddings too are more or less can be cost-controlled in the selection of venue and if both couples have an understanding of their liabilities and don’t succumb to parental pressure for a grand wedding unless the parents are footing the cost of the wedding. Its fashionable for some Malay couples to imitate the wedding of Malay celebrities and this invariably lands them in heavy debt and many social media forums have denounced this decadent practice.

My short article does not do justice to AKPK’s contribution as it's easy to compute absolute figures such as money but social well-being and the repair of the fabric of society such as avoidance of bankruptcies or mending broken marriages and social happiness cannot be quantified. I wish the management of AKPK, the best in its endeavours to carve a new chapter in reviving the fortunes of the SMEs, now struggling under the blight of Covid. I am confident that AKPK will not fail the nation in its quest to assist the SMEs and save the millions of Malaysians in employment with the SMEs.


ALSO READ: How to Manage Your Debts for Free, the AKPK Way!