Don’t Fall Prey to the Fake Charity Collectors. Here’s How to Identify


You know the typical Malaysian scenario - you’re hanging out with your friends at the mamak, and then comes a lady asking for a donation. She holds a donation box and she speaks with a Filipino accent. On top of that, she speaks realllly fast - like 80km/h fast! - and because you can’t catch up you just give her RM10 to shoo her away.

But then you started thinking about it, and you wonder if the charity organisation she talked about ACTUALLY EXISTS? But it’s all too late now, as she has already walked away with what could have been your Topup money.

In another situation, you may notice those posts on the internet asking for a donation to help the victims in Gaza, for example. Have you ever wondered if they’re actually legit or they’re actually keeping that money in their own pocket?
To help you answer that question, we’ve listed some tips on how you can identify the legit-ness of a charity body. There are two websites you can visit to find out the validity of any NGO bodies:
FYI, it's compulsory for every NGO bodies to be registered with the Registrar of Societies (ROS). So, if anyone is approaching you for donation, you can check for the NGO body’s name here. Unfortunately, not all NGOs that we know of seem to appear on ROS, probably because the website has not been updated. For example, we found 'Kechara Soup Kitchen', but couldn't find any results for 'Aman Palestin'. Hmm...

The second website you can use is called MYDATA SSM by the Companies Commission of Malaysia (SSM). The search bar here doesn't use names though, instead, it uses the companies registration number. At this website, we manage to find a few NGOs that did not appear on ROS, such as 'Aman Palestin'.

2. Charity collectors at eateries will need to show a legit license

Anyone who wants to collect donation for NGOs by going around town or from one eatery to another, he/she will have to get a license from the police department first. This is especially a must for those who collect donations at certain premises such as eateries or shopping malls. 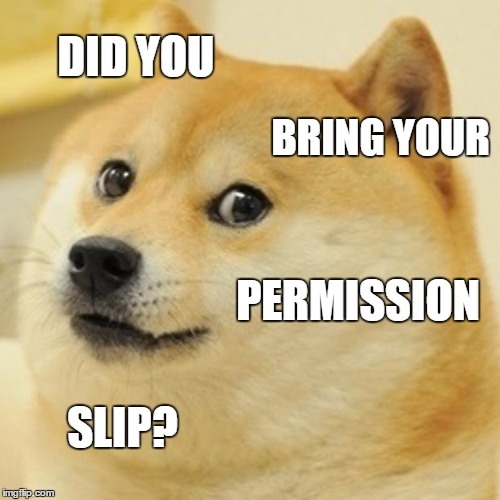 House To House And Street Collections Act 1947 explains that:

Section 3 (2): If any person promotes a collection, and a collection is made in any locality pursuant to his promotion... a licence authorizing him... he shall be guilty of an offence and liable to a fine not exceeding five thousand ringgit or to imprisonment for a term which may extend to two years or to both such fine and imprisonment.


From the above clause, we are told that a collector with no license can be fined up to RM5,000 or jailed up to 2 years, or both. So make sure these collectors show you their licenses or permits that are approved and issued by the police.

3. For those collecting donations for madrasahs, ask for their permission letters

This method is similar to the one previously, just that it falls under a different jurisdiction. For those who collect donations which benefit religious bodies such as the mosques or orphanages, the local religious council or department will have to first issue a letter of permission. This letter will contain information such as the time period they are allowed to make the collection, and the names of the individuals allowed to go about collecting the donations. So you can actually ask them to introduce themselves and then check their names to be the correct one, as the ones printed in the permission letter.

Other details that need to be there include: If the collectors DO NOT follow these rules, they can be charged according to each state’s shariah law. For example, in the Federal State, they can be charged under Act 559, Syariah Criminal Offences (Federal Territories) Act 1997:

Section 9: Contempt or defiance of religious authorities. Any person who acts in contempt of religious authority or defies, disobeys or disputes the orders or directions of the Yang di-Pertuan Agong as the Head of the religion of Islam, the Majlis or the Mufti, expressed or given by way of fatwa, shall be guilty of an offence and shall on conviction be liable to a fine not exceeding RM3,000 or to imprisonment for a term not exceeding two years or to both.

4. Ask for a receipt, and ask questions about the NGO

Just ask them directly if they will provide you with a receipt or not. If there are no receipts, it is a big possibility that they're frauds. Receipts should have a serial number and an official NGO stamp. But unfortunately, there are Mission Impossible level scammers out there who can fake a receipt, a license, or a permission letter!

So another way you can identify a legit charity body is to ask them basic questions, such as, what is the name of your charity organisation? How will the money reach the ones you support? Who is the receiver of the donation you collect? Let’s see if they can keep their eye contact while they answer these questions.

That is of course if you have the time and energy to do it. If you are not in the mood to attend to these donation collectors - we all get pretty nervous striking up conversations with strangers, and we feel especially guilty to call out someone who is supposedly trying to do good, ao we get it! - just smile, and wave your hand, and say “No, thanks”. Do it a few times until the collector gives up. I mean, it is not like we are heartless, but if you suspect something to be amiss, it is better that you hold on to your small change.

If you're in the generous mood to donate, go ahead and reach out to the NGOs directly

If you’re actually really interested to hand out some donation, you can call the NGOs that you have a soft spot for and ask how you can go about to making a donation. Most of them accept donations in many forms such as via ATM or online, using credit/debit cards, and many more.

You can check out this website hati.my. It lists out many NGOs according to their categories, such as one to help the children, the disabled, the environment, and many more.

To some people, they do not want to be so kiam siap with their street donation. RM5 may not be much to most people, and why does it matter if you are conned over that amount? Isn’t your intention the most important thing here?

Well, it is easier for us to think that way so that we do not feel bad with the ringgit note we give out, but let’s all be responsible Malaysians and take actions when we can. By helping to identify these donation collector frauds, you are not only helping yourself and others from falling into a scam, but you are also helping the NGO bodies that they falsely represent.
Continue reading...