Ah, marriage! The ultimate symbol of commitment, the union of two families, and… generally a costly affair. One of the things that you probably need to budget for (depending on your cultural background)ca is your dowry. For the Malays, the dowry is paid by the groom’s side and normally consists of mas kahwin, dulang hantaran, as well as duit hantaran.

Alamak, so many different things?

Don’t panic! Like most cultures, the Malay concept of dowry isn’t meant to be burdensome.

The only compulsory part of this ‘package’ is the mas kahwin. This is usually a set token amount based on the bride’s state of origin and belongs to the bride alone. The payment will be recorded by the officiant before the akad nikah.
Source: JAKIM
*may differ if the bride is related to the royal family

Meanwhile, dulang hantaran are trays of gifts (must be in odd numbers for some reason) exchanged by both sides during the solemnisation ceremony. They can be rings, clothing, foods (such as cakes or chocolates), or other small items depending on the bride and groom’s preference, and are usually agreed upon in advance. Some people even give petai (stinky beans) and ACTUAL, LIVE CATS as hantaran gifts. Basically, the bride’s side will prepare an additional 2 dulangs – so if the groom prepares 5, the bride will give 7 in return.

Before you say it’s not fair and start your ‘feminism’ chant, we think it makes sense. The groom has to fork out god-knows-how-much for the other elements of the dowry. So, on the bride’s side, shelling out for the extra 2 dulangs doesn’t sound that bad.

The third and usually most controversial part of the package is the duit hantaran. This is an amount of money in addition to the mas kahwin which is paid by the groom’s side to the bride’s side.

What’s so CONTROVERSIAL about it?

Different families hold different interpretations (some more controversial than others) of the concept of duit hantaran.
Some families believe that a wife marries ‘into’ her husband’s family upon marriage, symbolically leaving her original family behind. In such cases, the dowry is considered as ‘compensation’ for her parent’s costs of bringing up their daughter before ‘giving her away’. But not all families are so calculative la…

Other families view the wang hantaran as a symbol of the groom’s financial ability to take care of his future wife and family.
Whereas the more modern families consider it as a nest egg for the soon-to-be-married couple. After all, starting married life is NOT CHEAP - at the very least, you’ll need to think about a first home, and also probably start budgeting for kids soon.

So, instead of keeping the money for themselves, the parents will give all or a portion of the dowry back to the couple for them to start their lives together. If your parents decide to take this road, you should give them extra duit raya as thanks, okay. These kindly parents are literally precious unicorns in this age of saving face.

HOLD UP - actually back in the day, the wedding celebration would normally only be held in the bride’s home. Hence, the dowry was meant to help offset some of the costs incurred by the bride’s family for hosting the event.

But these days it’s more common for both the groom and bride to host their own kenduris separately - that is, if they can afford it. Anyway, couples can expect to retrieve at least some of the money spent on the event from guests’ ang pows.


Aiyooo, so what’s the damage?

There’s no hard and fast rule as to the amount of wang hantaran that the groom should give to the bride’s family. However, some people like to follow informal ‘guidelines’ when determining this amount.

One popular factor is the level of education: the more educated the bride is, the higher the dowry should be! The guide below has been widely published in the Malaysian media:
The logic is that the family of a bride with, say, a PhD would have had to invest in many more years of education (mahal tau!), and hence deserves more ‘compensation’. However, this could discourage women from pursuing higher education: “no need to study so hard lah, otherwise nobody can afford to marry you!” (NOT!) Another guideline is based on the bride’s state of origin, such as this one making its rounds on Facebook:

This has, unfortunately, caused the notoriety of girls from certain states. For example, people often tease guys who have Johorean girlfriends (Good luck, bro!), as they would be ‘expensive’ to marry.


Everything is negotiable - even duit hantaran?

At the end of the day, guidelines are just guidelines - you have the final say. After all, it’s YOUR wedding.

It’s perfectly normal for families to discuss and negotiate on the sum of wang hantaran before the marriage takes place. We’ve all seen on social media about horror stories like fights breaking out at weddings because the groom’s side could not produce the promised wang hantaran. Well, if it was set at a more reasonable amount, that would not have happened, right?? 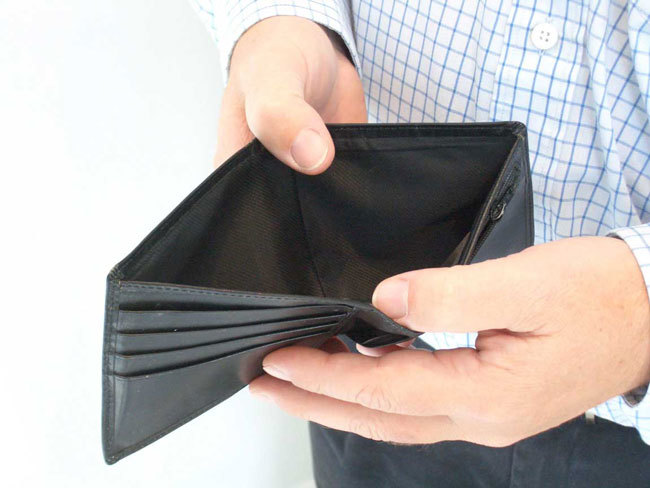 When negotiating the amount, try to keep the figure within your affordable range. If you feel like the sum is too much and is a burden to your finances, voice it out (politely of course - you don’t want to anger your future in-laws!). After all, you’ll be starting a new life with their daughter/sister/niece. If the bride’s side insists on a super sky-high amount, well then... take the hint lah.


‘Till debt death do us part

Even though a high dowry does lend a certain level of prestige to the union, it is NOT a must have for a happy marriage. Many people, unable to raise the amount asked, choose to take a personal loan instead. You definitely do NOT want to start your married life burdened with unnecessary debt!

Remember that the duit hantaran is only the first major monetary challenge that you will face in the course of your marriage. Try to start things off on the right foot!