ASB Dividend: 5.50 Sen/Unit. Should You Still Invest in It?


Shocking isn’t it? To discover that ASB gave out a payout of just 5.50 sen a unit compared to its average of 9.91 sen per unit (from 1990 - 2019). But if you take a look at the historical data of ASB dividend, it actually doesn’t come as surprising.

As you can see ASB dividend has been on a downward trend ever since its introduction in the year 1990, But no one would’ve thought that ASB investment could hit an all-time low of 5.50 sen per unit, except for those that are managing the fund lah (Permodalan Nasional Berhad (PNB)).

But of course, don’t get the wrong idea. The fund managers are not to blame here as you’ll find later in this article.

Still, with this worrying trend, is the future bright for ASB or should you park your money somewhere else? Time to find out.


For those of you who have no idea on what’s happening, let us bring you up to speed 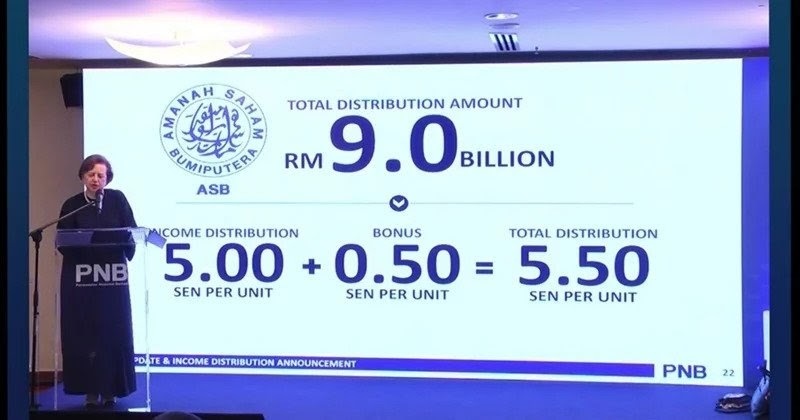 On Dec 18 2019, PNB Chairman, Tan Sri Zeti Aziz announced the lowest ASB distribution ever in history: At 5.50 sen per unit which involves a total payout of RM9 billion to more than 10 million unitholders.

This she said, was a satisfactory figure as the market environment is challenging. And she’s right, as the Kuala Lumpur Composite Index (KLCI, a weighted market value of 30 largest stocks listed on Bursa Malaysia) has been on a rough downhill ride since its peak in 2018. 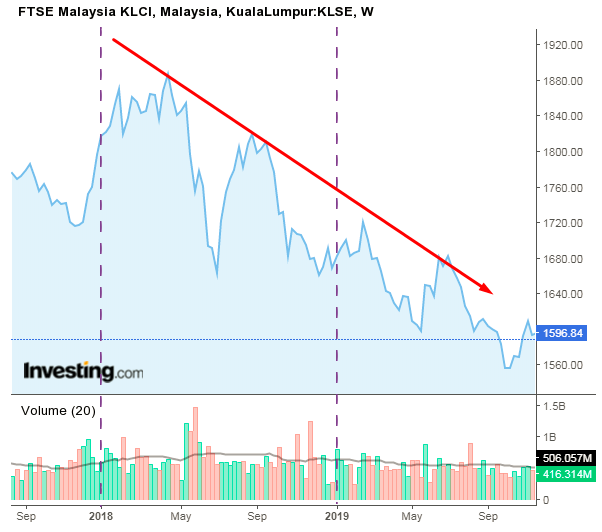 The fact that ASB can still give a return of 5.50 sen a unit despite the market downturn is quite an achievement in itself.

If you’re wondering how that is possible, well, Zeti gave a rather good explanation about PNB investment strategy. In her speech, she was quoted as saying:

"ASB was able to deliver a total income distribution of RM9.0 billion in FY2019 out of its realised gains buffered by its increasing international investment as planned under PNB's Strategic Asset Allocation Network,"


So, what does that mean?

It means they don’t just invest all the funds in the Malaysian market, but they are increasing the fund allocation to foreign investment for a stronger return.


Here’s how the ASB fund is invested

(Since PNB hasn't come out with the ASB full report for 2019 yet, we’ll do the calculation based on the 2018 report instead.) 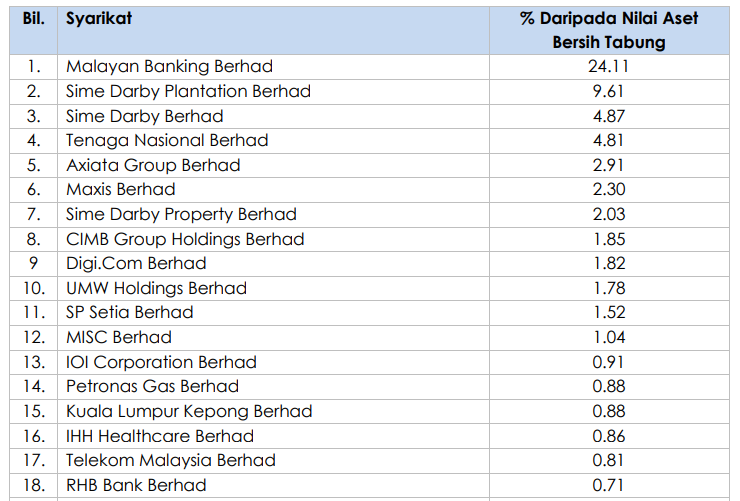 So, the return of your ASB is heavily influenced by the performance of these companies.


If you want to understand how PNB came out with the 5.50 sen a unit in distribution, this is how it's calculated

There’s a formula that PNB uses to calculate the ASB dividend, which is called Net Asset Value per unit.

So, what is Net Asset Value?

According to Investopedia, the Net Asset Value is arrived at by dividing the difference between assets and liabilities by the number of shares/units held by the investors. So liabilities are all the fees involved to manage the fund diligently.

So for ASB funds, PNB charges 0.6% (0.4%+0.2%) in fees from total assets under management to manage the fund diligently.

You can find the exact figure inside the report but you can also estimate the rough dividend for that particular year by dividing the Total Sum of Distribution income with the total Unit In Circulation.

As for the 5.50 sen, it was reported by The Edge that the Total Distribution Income is 9 billion while the total Unit In Circulation is 167.2 billion.

Using the same calculation, you’ll find that the dividend comes up to 0.0538 which is around 5.38 sen per unit.

If you’re wondering why the calculation is not accurate, well it’s because we don’t have the actual figure since they haven’t released their official report yet.

As for calculating the amount of return that you get from your ASB investment, you can read this ASB article to find out.

Able to catch up so far?

We know it's very confusing to crunch all these numbers. That’s probably why we better leave the job to the professional fund manager at PNB.

So, is it still a good idea to invest in ASB?


What about the future performance of the fund?

As we said previously, the fund’s performance is highly dependent on the performance of the companies that the fund invests in.

For example, if you take a look at ASB fund performance from 2014 to 2016, you can notice that the dividend becomes lower as the companies that ASB fund invested in reported a lower earning.

* The figure is calculated based on shareholder report of each company.

So, if you want to predict the outcome of future ASB dividends, you’re gonna have to put on your investor’s cap and look into each of the companies that ASB invested in. Perhaps for a start, you can look into this guide from Mckinsey, which shows you various metrics and factors to measure a company’s performance.

Is there a better alternative to invest my money?

Of course, there are. Plenty of options. Because here’s one thing you should know. ASB is only for Bumiputera right? Yet, the Chinese and the Indian still managed to find ways to be rich.

If you’re friendly with the Chinese, chances are you would hear the same advice from the aunties and uncles:

“Invest in property and stock market.”

Their advice is dead simple. And guess what, they work.

Because the secret of investment is really about investing your money into assets that appreciate over time.

If you take a look at the top Malaysian billionaire and their source of wealth, you can see that they all have their foot sunk deep into property investment and also owning stocks of various companies.

So, if you also want to follow their footsteps and own stocks as well, you can start by investing in a unit trust fund. Just take a look at the performance of some of these trust funds in Malaysia. The return on investment is insanely over a long period of time! 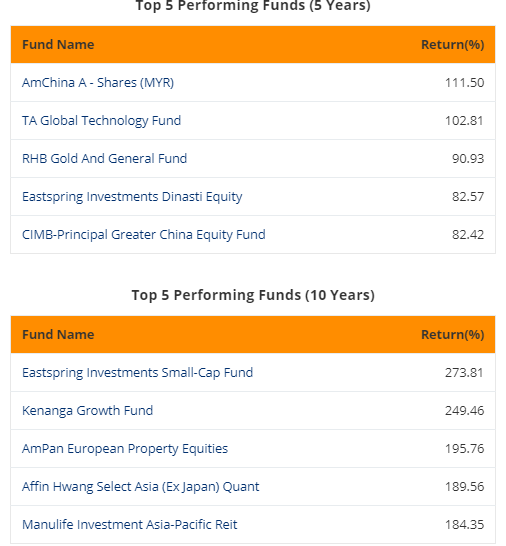 So, whether or not you’re a Bumiputera, you should park your money in property and these funds and have it grow over time.

But, as always, you must always do your due diligence before investing money into something that you’re not familiar with!