What You Should Know About Abandoned Properties


Ever come across an abandoned property? The picture below shows one at the Plaza Rakyat LRT station. The original plan was to build a 79-storey office tower, a 46-storey condominium, a 24-storey hotel and a 7-storey shopping centre but alas, the project has been left barren for the past 12 years. 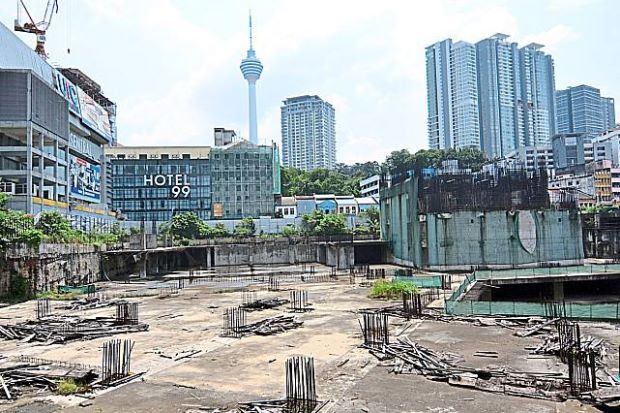 That’s just one example. For the past 5 years, over 200 abandoned projects have been recorded by the Ministry of Urban Wellbeing, Housing and Local Government. On top of hampering and disrupting the property market of the nation, these cases are shattering dreams of new shelter provisions.

How Do Home Buyers Suffer?

Owing to the sell then build system, developers build the property only after receiving cash inflow from buyers. The money paid to the developer comes from bank loans which you can check the details from our home loan comparison tool. If a project is abandoned by the developer, buyers will still have to continue forking out monthly commitments to the bank without a house to show for it.

Legal right you should know

In an effort to reduce the number of abandoned projects, the government has amended the Housing Development ( Control and Licensing ) Act 1966 a few times. The latest amendment made on Section 8A of Housing Development ( Control and Licensing ) Act 2012, will provide protection to house buyers to terminate the Sales and Purchase Agreement under certain conditions.

Before the amendment, at least 75% of the buyers will have to agree to terminate the S&P Agreement within 6 months from first the S&P execution. If the period exceeds 6 months OR if less than 75% of buyers step out to cancel the purchase, their S&P cannot be terminated, which means buyers will have to pay their instalments until their debt is cleared!

Some highlights of the amendments (to be enforced June 2015 onwards) are:

In order to protect yourself from losing your hard-earned money into abandoned projects, you should:

Falling into an uncompleted property traps can be a painful experience. A little research before taking the plunge will go a long way and if you are looking for a home loan, head to our home loan comparison tool! Happy hunting.